A senior dentist has been struck off after he ‘repeatedly’ sexually assaulted two dental nurses in front of patients.

Eamonn McCann touched one dental nurse – known only as Witness A – beneath her underwear while ‘casually’ chatting to patients and gave her a ‘Christmas kiss’ on the cheek after handing her a bonus, a disciplinary hearing was told.

Then on a day after everyone else had left the practice, McCann ‘launched’ himself at the woman and tried to have sex with her, which she said was ‘the final straw’, a panel was told.

Another dental nurse came forward after she had been sexually assaulted six times, occasionally when patients were ‘in the chair’. She said she was initially hesitant to do so as he was her employer and owner of the practice, a panel heard.

He denied all the allegations, which the panel heard took place in the 1990s, claiming he could not remember Witness A. 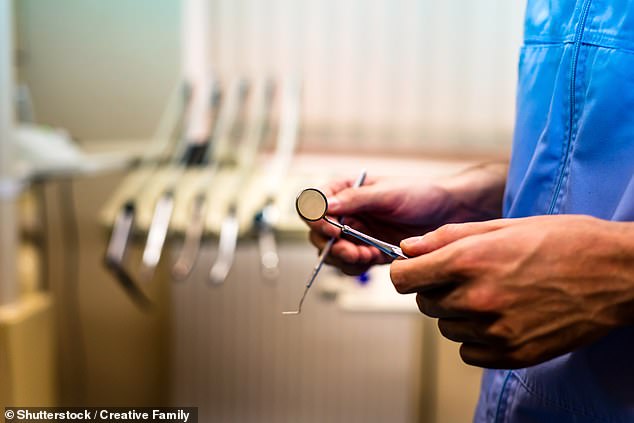 McCann, who qualified at Queen’s University of Belfast in 1982, would tickle Witness A, deliberately prolonged patients’ treatment so he could assault her in the surgery and make comments about her figure, a committee was told.

The woman told the panel she started wearing her father’s cardigan to hide her body.

She told the committee she would try to ‘close her legs’, ‘clam up’ and ‘move away’ from McCann, based in Northern Ireland, as a result of his behaviour.

Witness A told the committee: ‘There was one incident when [McCann] came into the Practice happily at Christmas time with bonuses and gave me a long kiss. It was in the cloakroom when I was about to leave for Christmas, and it was just me there.

‘He kissed me on the cheek and said, “I’ve always wanted to give you a Christmas kiss”.

‘One time he also went under my underwear. He would be doing it while casually speaking to patients.’

The committee heard the nurse ‘nearly vomited’ after McCann ‘came running towards her and pressed himself on her back’.

She continued: ‘At the end of one of those days I was working with [McCann], he tried to have sex with me. 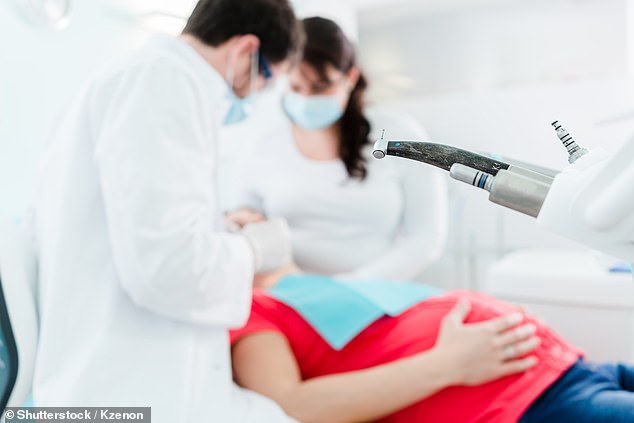 McCann, who practised in Northern Ireland, was struck off the register after a panel concluded multiple allegations of sexually assault made by the dental nurses were proved (stock image)

‘This was the final straw for me and I’d had enough. Everyone had left the practice and no one else was around. It happened in the surgery room.

‘I was wearing my uniform, I remember, I will never forget because I was wearing dark green underwear and I thought whether he saw it under the white uniform.

‘He’d been quite friendly and had been touching me on the legs throughout the day. He said that my skin was soft.

‘He only ever touched my legs as that’s what patients could not see.

‘It was at the end of the day that I was cleaning in the surgery and he just launched at me.

‘I don’t think he kissed me. He would always take off his tunic in the surgery rather than in the cloak room and he would always be topless underneath it.

‘I think his trousers were on but his zip was undone. It lasted for seconds. He must have pulled down my underwear.’

Witness A said this ‘distressed’ her and she ‘immediately ran home’.

McCann told the panel he would never have done this.

More than 20 years later, Witness B said in 2015, McCann pressed his crotch against her as she was writing an email.

She told the panel: ‘While I was typing the next thing I knew he had me pinned against the workbench that the computer was on. I felt like his penis was erect and he was pushing up against me.

‘I just wanted to get the email written and get out of there. I began to get flustered and he started to do an in an in-and-out motion, three or four times.’

Witness B told the committee on another occasion, Mr McCann touched her leg before ‘squeezing’ up and down then eventually in her crotch area as they were filling in a patient’s cavity.

The panel were also told he touched her crotch during an x-ray in the surgery room but McCann denied this, saying he might have brushed past her.

Witness B said McCann also ‘squeezed’ her buttock under her trousers which left her feeling very ‘cross’ and ‘uncomfortable’.

In 2017, Mr McCann was given a caution for reckless contact by police in County Tyrone.

Witness C, a former patient of Mr McCann, told the panel during an appointment in either 2009 or 2010, he placed his hand on the thigh of the dental nurse for a few minutes.

The patient said the nurse appeared ‘visibly upset afterwards’ which then made the patient ‘upset and uncomfortable’ and they subsequently left the practice.

Witness A and B then independently put forward their allegations to the General Dental Council.

After being suspended for a year, Mr McCann has now been struck off the register with the committee concluding: ‘You employed a strikingly similar modus operandi in relation to the commission of acts of sexual touching against your female dental nurses when there were ‘patients in the chair’ within the dental surgery.

‘The evidence in relation to your conduct viewed overall, tends to suggest that you regularly sought to sexually touch dental nurses working for you, including in the course of patient appointments.’