A DESPERATE mum has been left without electricity after her ceiling collapsed – but says the council can't find her a new home despite her two-year hell.

Hamedi Mahamed claims she and her four children have been plagued by floods in their Hull home, but the council keeps fobbing them off. 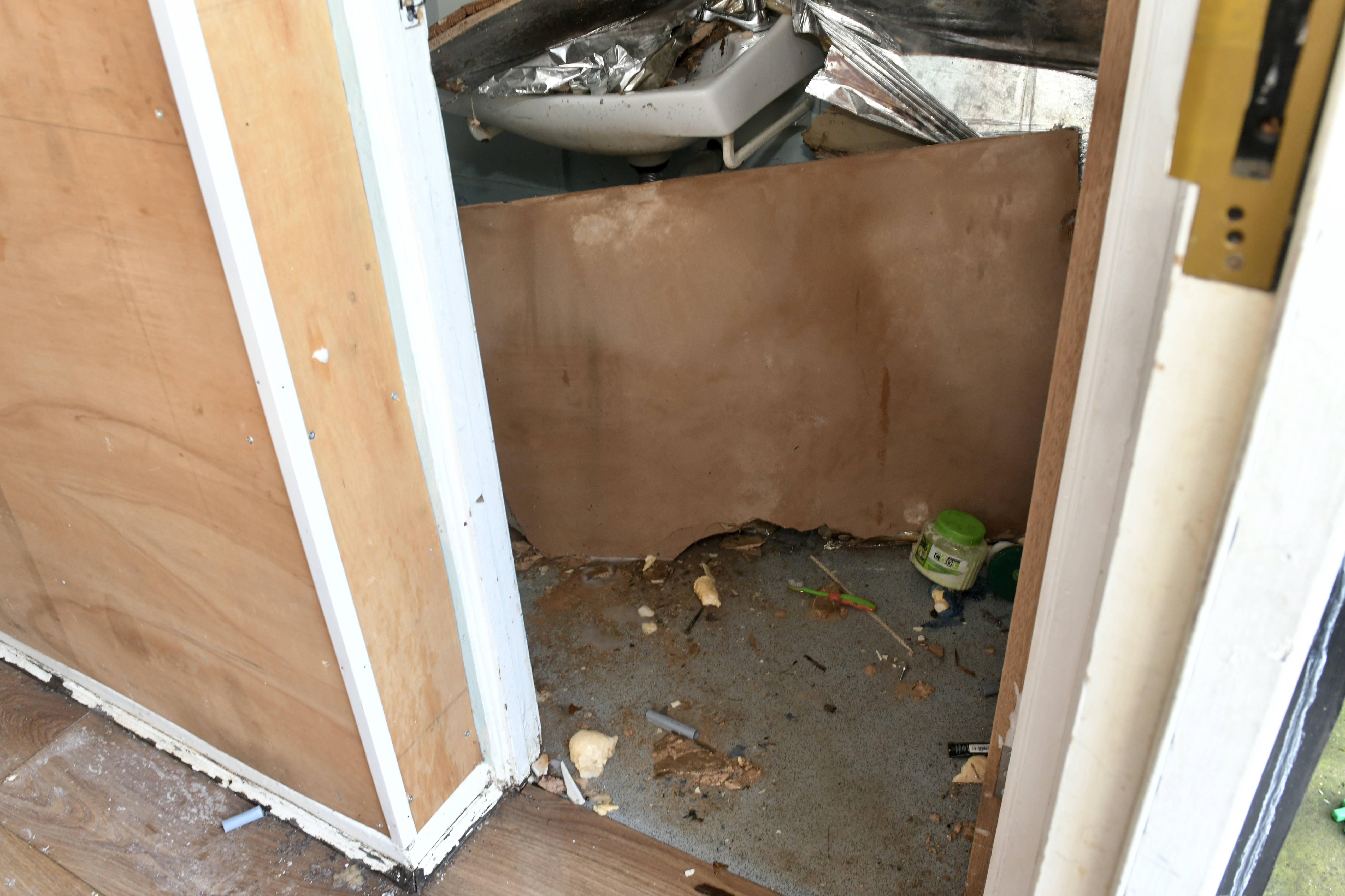 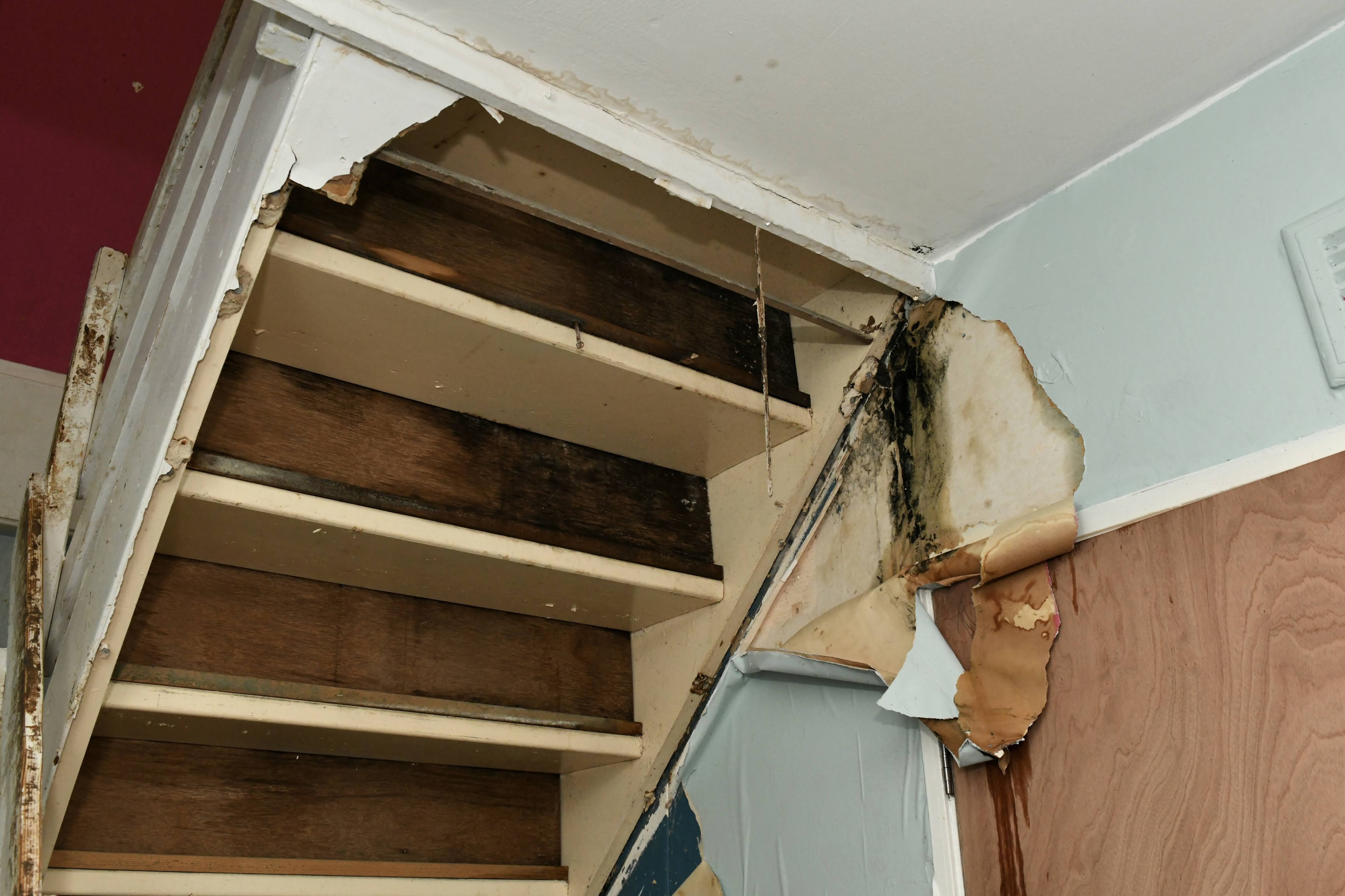 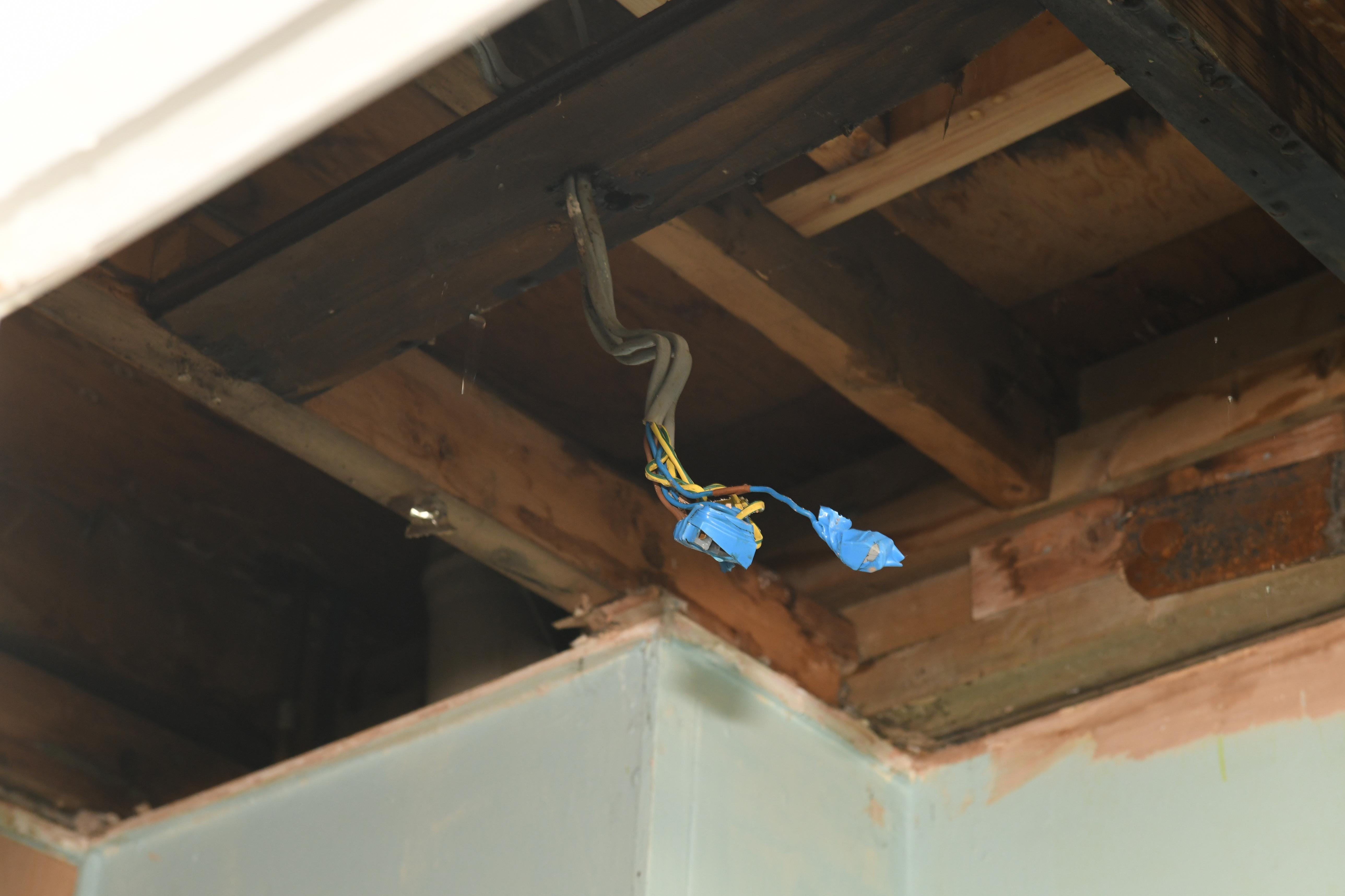 Water is still pouring through her property over a WEEK after the leak began, leaving her without power and her belongings ruined.

"When the council come they say 'don't worry, it's not a proper house,
you're gonna move soon' but it's not happened," Hamedi said.

She told Hull Live water began gushing from a pipe underneath the bath on September 4, wreaking havoc on her family home.

Her downstairs hallway was left submerged after she said the ceiling terrifyingly collapsed.

"It's just talking, two years I'm in this same house and I cry," she
explained.

"It's just, I'm really sorry, I don't want to cry because it cause me
real sadness."

Hamedi said an electrician was sent round to her house, who turned off the power downstairs for safety reasons.

The following day a plumber arrived – but he didn't manage to stop the leak – meaning it is STILL uncontrollably spewing out.

The mum says she was then left to clean up the destroyed ceiling and the rest of the debris from the flood.

It is not the first water woes Hamedi has faced in the home either, as earlier this year, she revealed another leak caused her downstairs bathroom and hallway to flood almost daily.

She claims she has been tortured by the flooding for around two years.

Just months ago, Hamedi and her four boys – aged 15, 13, six and four – were placed in temporary accommodation, while a bathroom was installed, shower changed and a wooden wall fixed.

As she continues to battle with the council, she fears the hazardous environment is having an effect on her son's health.

Her youngest is disabled and cannot speak or hear properly, meaning she "has to watch him closely".

“He will try and eat anything and keeps trying to drink the water as
it drips down the walls," Hamedi said.

He has suffered two seizures, which the mum believes are triggered by the paint mixing with the water as it comes down the walls.

"The doctor told me don't touch it because my son have a seizure, he
eat anything," she said.

"We don't go near where there's the paint or anything, I need to watch
him closely."

Despite her tumultuous two-years in the home, Hamedi has been unable to find alternative accommodation.

"I want to move, but I have no options," she said.

The Sun Online has contacted Hull City Council for comment. 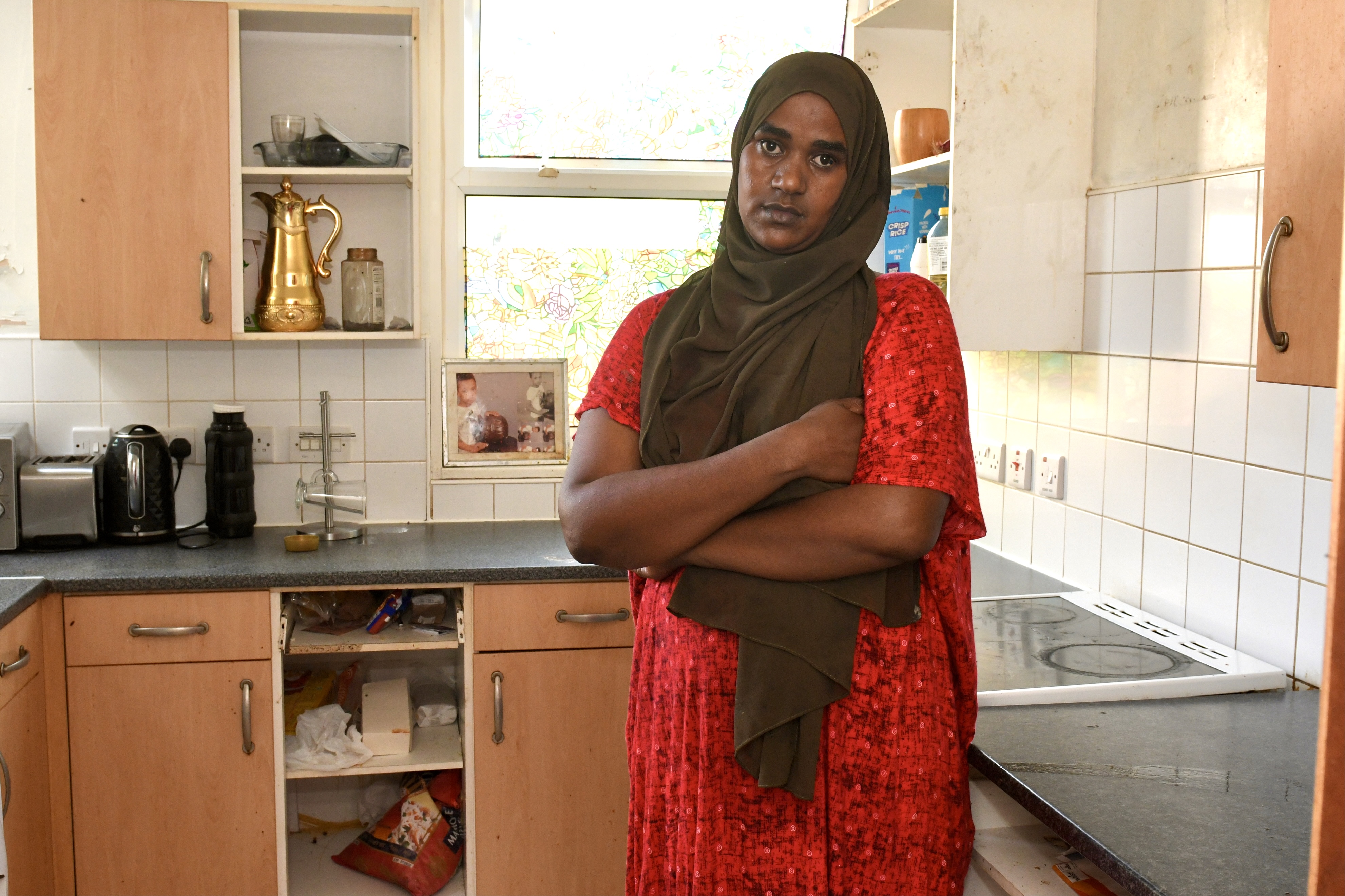 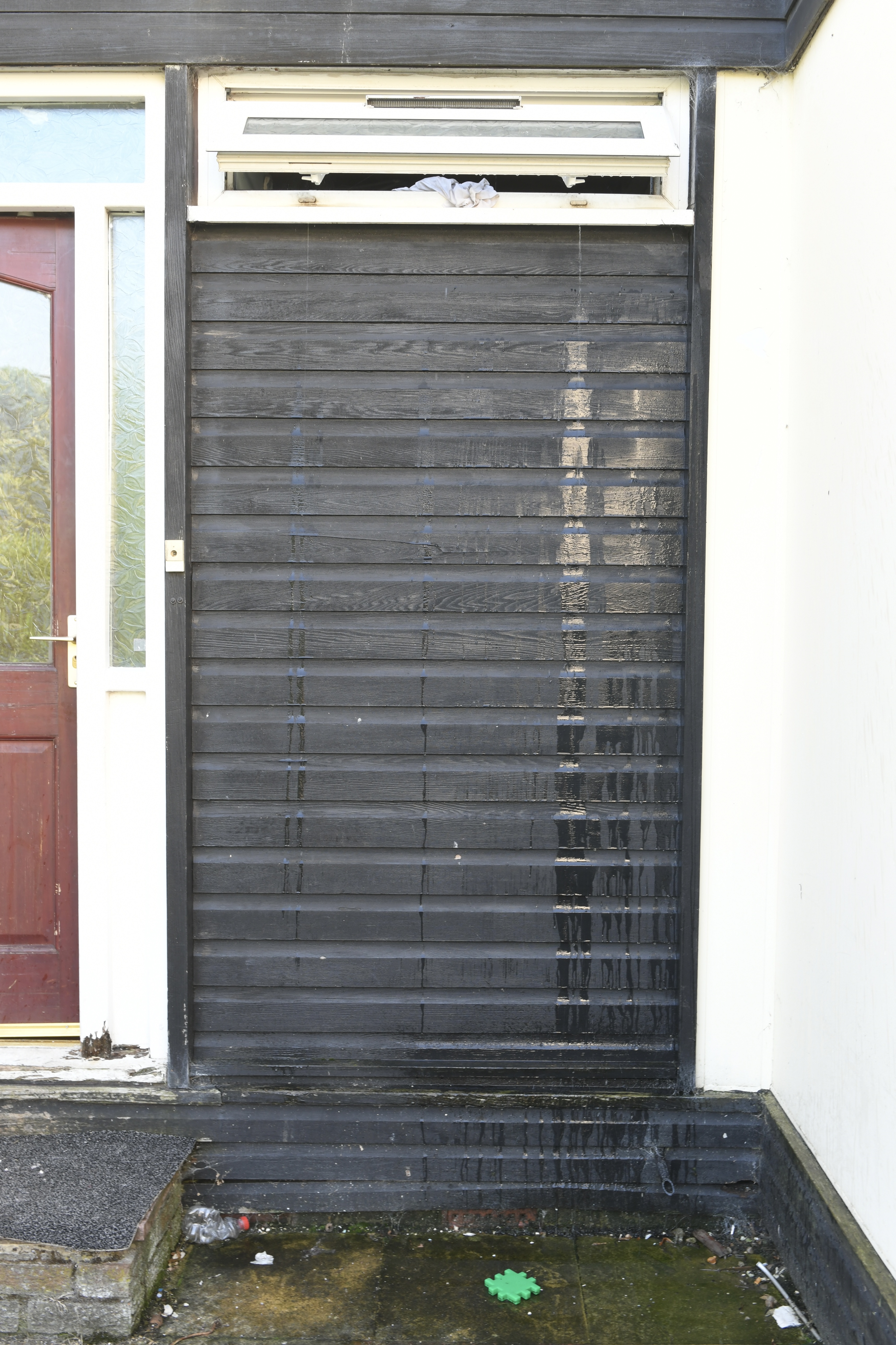