Husband, 59, found his drunk wife, 57, dead in their inflatable hot tub after she consumed bottle of gin and bottle of wine during romantic night in together, inquest hears

A husband found his drunk wife dead in their inflatable hot tub after she consumed a bottle of wine and a bottle of gin, an inquest has heard.

The hearing in Pontypridd heard how Grocer Lee Pugh, 59, discovered his wife Mandy, 57, face down in the water after they spent a romantic night in together.

Mr Pugh explained he didn’t think his partner was drunk on the night but later found an empty bottle of wine in the cupboard and bottle of gin in her bag.

Both had spent an hour ‘looking at the stars’ and sharing ‘intimate moments’ in the garden hot tub – which they used about five times per week – before the accident.

Mr Pugh went to watch TV indoors for more than two hours, while Mandy decided to stay outside. When he returned he saw her lifeless body, with only her back above water level.

The pair shut their grocery store in Penmaenmawr, North Wales and made the 200-mile move to the seaside town of Porthcawl, South Wales, to be closer to family.

The heartbroken husband told the inquest how he returned at around midnight, assuming his wife had gone to bed. But after realising where she was, he rang the emergency services. 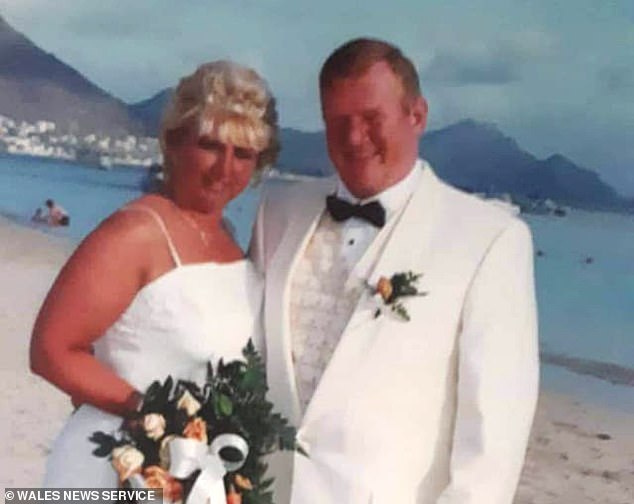 Mandy Pugh and husband Lee had been enjoying a ‘romantic night’ in at their home in South Wales, before tragedy struck

‘We were pretty much lying on our backs, looking at the stars, chatting about what we were going to do on the weekend.

‘I was inside longer than I realised before checking on the pool.

‘I thought perhaps she had gone to bed. I thought I’d go and check to make sure it was switched off.’

But when Mr Pugh returned from watching TV he found his partner face down with only her back above the water. 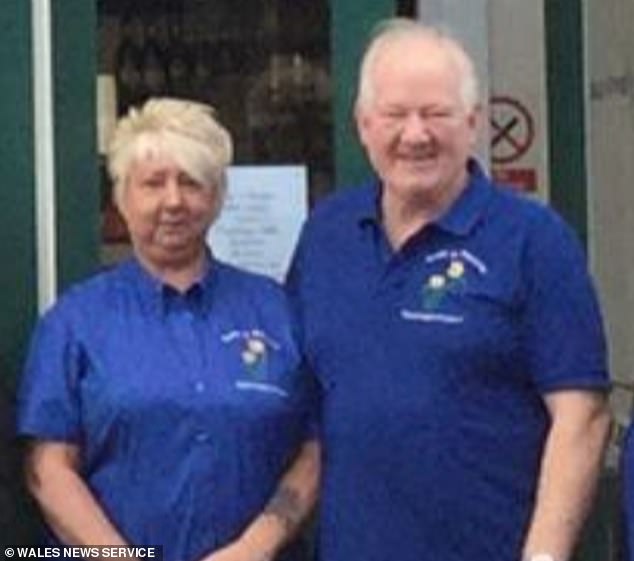 The married couple shut their grocery store in Penmaenmawr, North Wales, to make the 200-mile move

‘I couldn’t believe my eyes. She was face down in the water with her knees underneath her,’ he said.

An inquest into the tragic death, held today (Thursday), heard Mandy had struggled with alcohol problems before the beginning of lockdown and told her GP she was drinking 120 units per week.

She had tried to get help from an alcohol clinic in Bridgend, South Wales, but a national lockdown hit on the day she visited.

The court heard she regularly consumed bottles of gin and bottles of wine. A toxicology report found the South Wales woman had 291mg of alcohol in her blood –  around three-and-a-half times the legal driving limit of 80mg.

It came as a shock to husband Lee, who didn’t think his wife was drunk and had only seen her drink a ‘small amount’ of wine.

He said: ‘I felt she hadn’t really drank that much. She had a drink but she didn’t seem as if she was intoxicated in any way.

‘Mandy was enjoying her new job but she was happy that night because she had the next day off.

‘We used the pool five days a week, generally in the evening. We used to like lying there and looking at the stars. It was a nice way of relaxing at the end of the day.’

Mr Pugh revealed he later found an empty wine bottle in the cupboard, as well as an empty bottle of gin in Mandy’s handbag after her death. 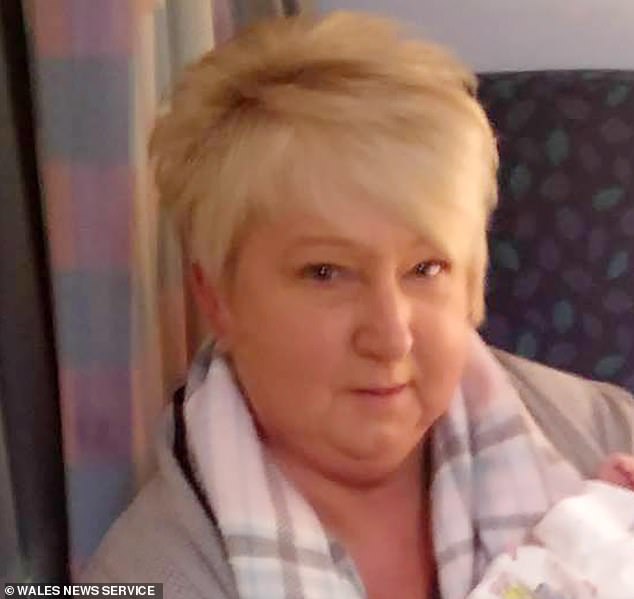 The South Wales wife decided to stay in the hot tub while her husband went inside to watch TV for a couple of hours. When he returned, she was face down in the water

Emergency services rushed to the scene just after midnight but Mandy was pronounced dead on arrival, despite her husband’s efforts to perform CPR.

Mrs Pugh had a medical history of ‘excessive alcohol consumption’, which her family raised concerns about after she was previously found unconscious by her husband before.

Mr Pugh said: “I tried to help her a lot of the time but then she would hide it from me.

‘I saw her drink only half a bottle of wine before we got into the pool. She didn’t seem drunk or sleepy at all. She was just happy. With hindsight I should have checked on her sooner.’