When the eight candidates in the running to replace Boris Johnson as leader of the Conservative Party were officially revealed on Wednesday, one thing immediately stood out.

Four of them – former chancellor of the exchequer Rishi Sunak, his replacement Nadhim Zahawi, Attorney-General Suella Braverman, and Kemi Badenoch – are not white. With Sunak considered the favourite, it’s probable that the UK will soon have a person of colour as its prime minister for the first time. 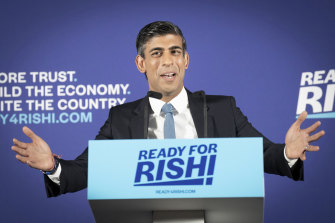 It’s a line-up that was hailed by diversity advocates, including here in Australia, where our parliament remains deeply unrepresentative of broader society and the idea of someone who isn’t white leading a major party still feels unfathomable.

But excitement over the racial background of Johnson’s likely successor obscures one of the risks that come with a focus on cultural identity and representation in politics. Just because someone comes from a certain background, or belongs to a particular minority group, doesn’t mean they will use their position to advocate in that group’s interests. In fact, when it comes to some of the leading contenders for the Conservative Party leadership, the opposite is the case.

Sunak’s grandparents were born in British India before migrating to East Africa (what is now Kenya and Tanzania) and then eventually making their way to the UK. He has personally benefited from immigration policies that allowed his family members to travel halfway around the world and settle there. Sunak is so proud of this story he referenced it in the video launching his leadership campaign.

Despite this, Sunak has embraced policies that would deny that same benefit to thousands of other potential migrants. He was part of the cabinet that signed off on the government’s controversial policy to deport refugees from the UK to Rwanda, an effective inversion of his own family’s journey. 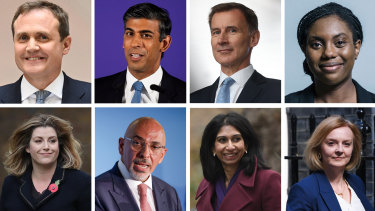 Since announcing his candidacy for the leadership he has restated his support for the Rwanda policy, as have all the leadership candidates – including the others from migrant backgrounds. It’s worth pointing out that the architect of the deportation policy, Home Secretary Priti Patel, also had parents who moved from Africa to the UK.

No one’s ideology and political views should be solely based on their family’s personal migration history, but these politicians’ disconnect from their personal experience should make us think about exactly why diversity in representation is important.

Is it just about having a room full of people from different backgrounds, genders and sexualities to tick a box and make everyone feel good, regardless of what those people actually do with their power? Or is the goal really about leveraging people’s lived experiences to ensure policies take into account the needs and desires of groups that have been historically marginalised?

Who benefits if politicians from migrant backgrounds get elected in positions of power, only to punish future migrants? No one but them. Margaret Thatcher may have been the UK’s first female prime minister, but her steadfast refusal to advocate for gender equality didn’t make her a good prime minister for women.

Undoubtedly, there is something seductive about the narrative of a “first non-white” or “first female” prime minister, because of the supposed signal it sends about social progress. But without interrogating the ideology behind those firsts, and the kinds of policies they intend to implement for the groups they represent, the signal doesn’t mean anything.

Julia Gillard was Australia’s first female prime minister, but that didn’t stop her cutting welfare to single mothers. Both the Coalition and Labor count migrants in their ranks, including refugees, but that hasn’t prevented them from enacting harsh policies that target asylum seekers. Various gay MPs in the Liberal party voted for a divisive and damaging plebiscite on marriage equality.

This suggests there is no automatic correlation between increased diversity and better outcomes for marginalised groups. However, this doesn’t mean that diverse representation is completely meaningless.

It’s understandable why so many people feel moved about the possibility of a non-white UK prime minister. It indicates that the barriers that have existed to prevent them from participating in institutions such as parliament are eroding.

That said, it’s sad to see beneficiaries of those changes trying to pull up the drawbridge behind them. The diversity worth celebrating is the kind that actually translates to improvements in the lives of those being represented. That’s the kind of progress that truly deserves applause.