WITH three Covid vaccines approved for use, the Government is ramping up the UK's jab roll out.

More than 2.2 million Brits have now received their first dose of the jab with aims to vaccinate all of the most vulnerable by mid-February. 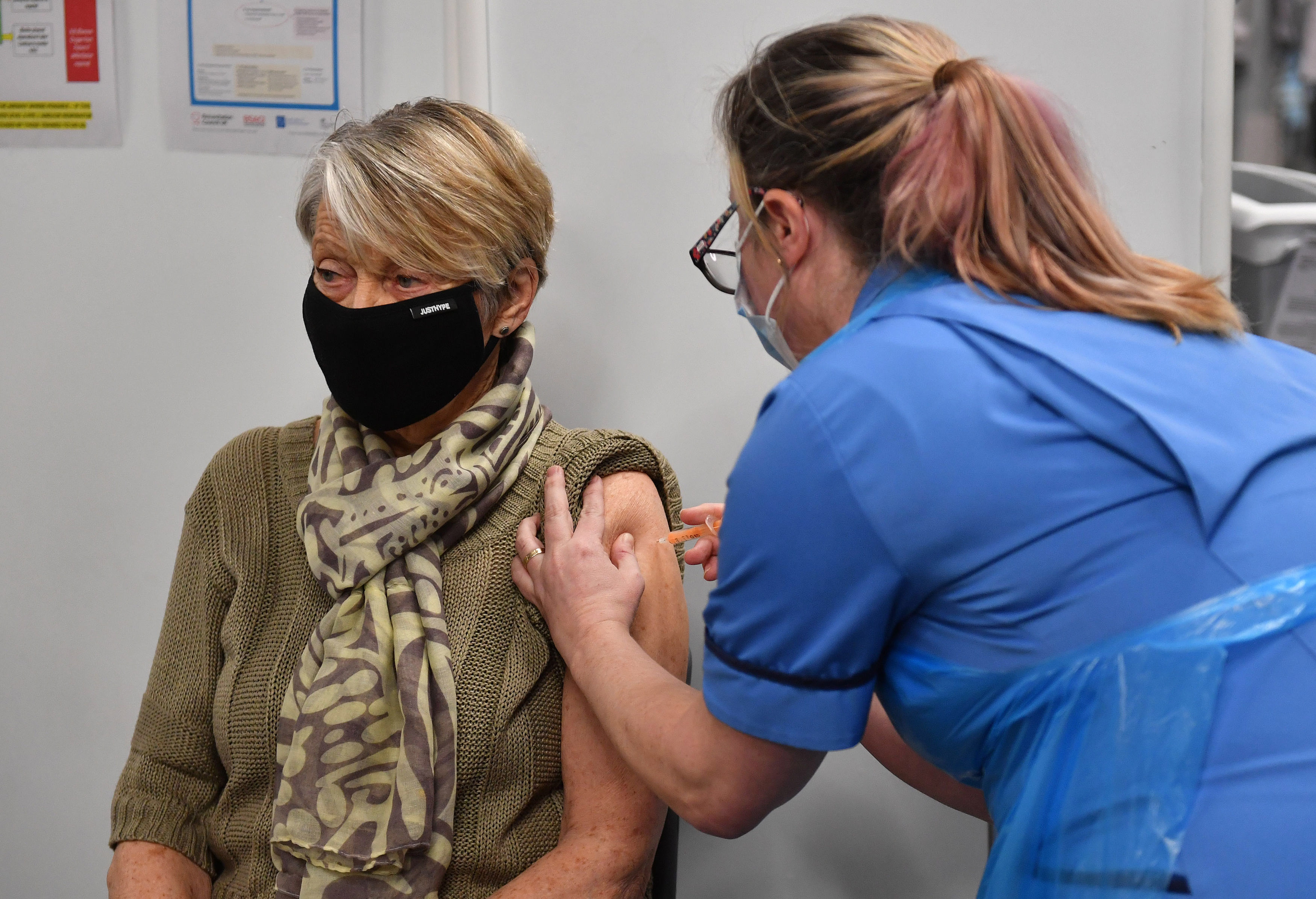 But it's still unclear whether those who have a good level of protection against the bug are still able to spread it to loved ones.

Speaking at a Downing Street press briefing on Monday, he said: "We know that the vaccine reduces your chances of getting Covid and then being hospitalised or dying of Covid. We know it gives you that protection.

"What we don’t yet know – and are following very closely – is how much you might transmit Covid even if you don't suffer from the disease, after you've had the vaccine.

"We hope that it has a significant downward impact on that transmissibility after you've been vaccinated and it's something we're monitoring and testing people for after they've had the vaccine."

Mr Hancock said that the Government was working on publishing a full paper on the findings in due course.

The Department of Health has clarified that while vaccine won't give people Covid-19, it's unclear whether it will stop the spread.

A Government spokesperson said: "We do not yet know whether it will stop you from catching and passing on the virus, but we do expect it to reduce this risk.

"So, it is still important to follow the guidance in your local area to protect those around you.

"To protect yourself and your family, friends and colleagues you still need to
practice social distancing, wear a face mask, wash your hands carefully and frequently and follow the current guidance."

Experts say that none of the UK's three approved vaccines – Pfizer, Oxford or Moderna, have been shown to reduce the spread of the virus in the population.

Scientists behind the Oxford/AstraZeneca jab are continuing to assess whether their vaccine can protect against transmission.

They are yet to publish complete results, but participants were routinely tested for Covid during their trials to track whether someone became infected but didn't develop symptoms.

Early results suggested that the vaccine may have reduced frequency of infections, which would suggest transmission might also decrease.

Pfizer has said that its scientists are looking at ways to assess virus transmission in future studies.

Professor Stephen Evans, professor of pharmacoepidemiology at the London School of Hygiene & Tropical Medicine, told Sky News: "The Oxford vaccine took samples from people so they've been able to look at asymptomatic cases, so we are fairly confident that they will at least reduce transmission once they are effective.

"They will start to have some efficacy 14 days after the first jab so will probably reduce transmission, but not totally prevent it before you have your second jab.

"Pfizer didn't do any tests but you can be fairly sure they will prevent asymptomatic cases and transmission."

In the meantime, experts warn that without knowing for sure, people who have been vaccinated could still transmit the infection to others who remain vulnerable.

Stephen Griffin a a virologist at the University of Leeds, told Nature: “In the worst-case scenario, you have people walking around feeling fine, but shedding virus everywhere.

It comes as new figures show the number of people in the UK to have been given a first dose of a Covid-19 vaccine is nearly 2.3 million.

Mr Hancock said vaccination was the "fastest route to safely lifting restrictions" and the Government was on track to vaccinate the 15 million people most at risk by middle of February.

He said two fifths of over-80s have now received their first dose, while almost a quarter of care home residents have received theirs, with a commitment to reach all residents by the end of January.