THIS is the moment a moron fleeing police dumped a posh 4×4 on train tracks after a dangerous chase along the rails.

The car was abandoned on the line at Cheshunt in Hertfordshire after it sped off during a police stop – injuring two cops. 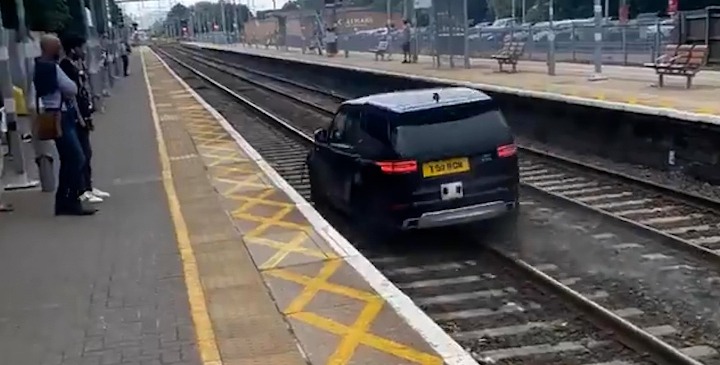 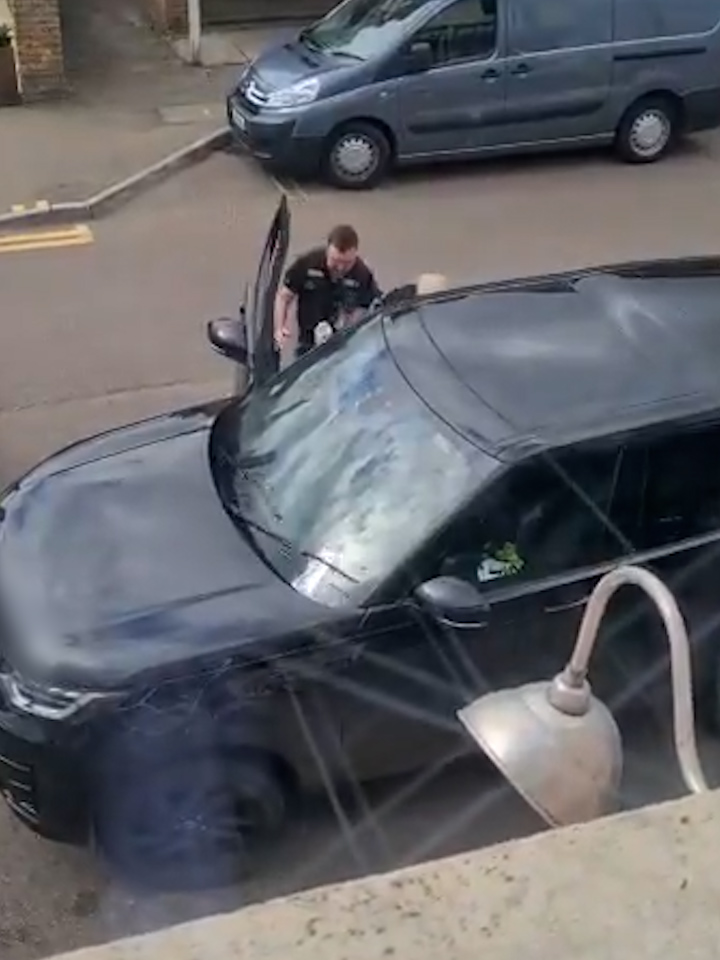 Stunned commuters watched on in astonishment as it passed them on the tracks.

The drama begin this morning when a male and female police officer tried to stop the car at Cheshunt train station and asked the driver to get out of the vehicle.

Footage filmed from a nearby home records the female officer, who is holding a baton in one hand, shouting: "Get out of the car."

But the driver – who had the windscreen wipers going at top speed, despite today's sunshine – suddenly reversed backwards.

The door was still open, and both officers were shoved backwards along the street.

Although the female officer managed to get free, the male cop was dragged by the door – before the driver suddenly stepped on the brakes, sending him flying into the road.

The car was then driven off at high speed before ending up on the railway line.

More footage from the station shows the car skidding on the sleepers and kicking up a cloud of dust as it races along the track.

It was eventually abandoned on the tracks between Cheshunt and Waltham Cross stations, Herts.

Police and emergency services were seen swooping on the area earlier this morning.

At least 10 police cars, an ambulance and a fire crew are at the scene and police have erected a cordon blocking the public and motorists from driving past The Malsters near to the station.

Trains have been disrupted across Hertfordshire, London, Essex and Cambridge, with problems expected until at least 2pm.

Officers say they were initially called out to reports a stolen car had been driven into the county from Essex – before the driver fled in terrifying style.

A spokesperson said today: "At around 9.30am on Thursday, our control room was made aware that a stolen vehicle had travelled into Hertfordshire ground from Essex.

"The vehicle was located in Cheshunt and officers from Essex Police attempted to speak to the driver.

"The vehicle then made off, injuring two officers and damaging several vehicles in the process.

"Officers from Hertfordshire attended to assist with the search and the vehicle was found abandoned on nearby train tracks in Windmill Lane.

"A search of the area is currently being carried out to locate the driver and officers are working alongside British Transport Police to recover the vehicle.

"It was not struck by a train at any point."

British Transport Police (BTP) said: "Officers received a report of a car on the railway line in Cheshunt at 9.43am today.

"Officers are currently on scene responding to the incident alongside colleagues from Hertfordshire Police and Essex Police."

National Rail Enquiries said trains running through the station may be cancelled, delayed by up to 60 minutes or revised. 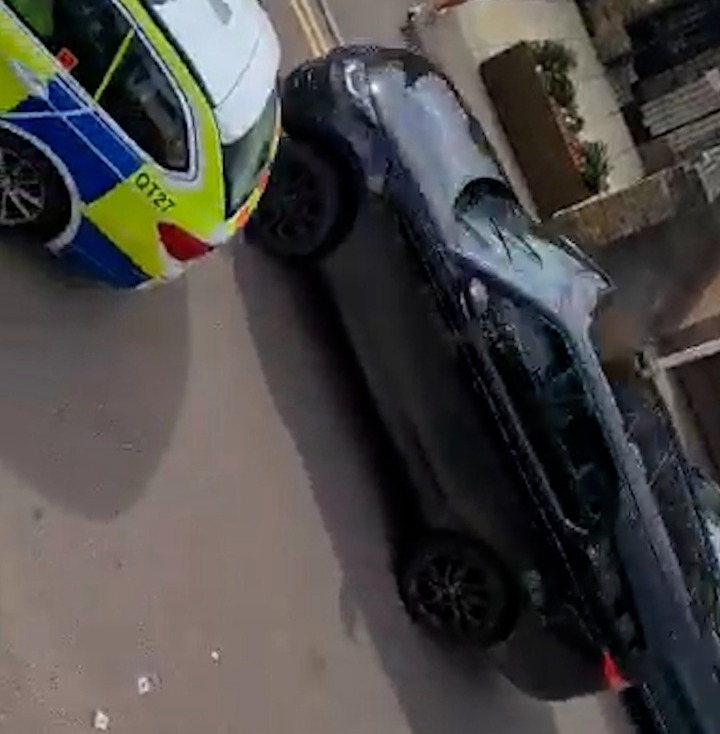 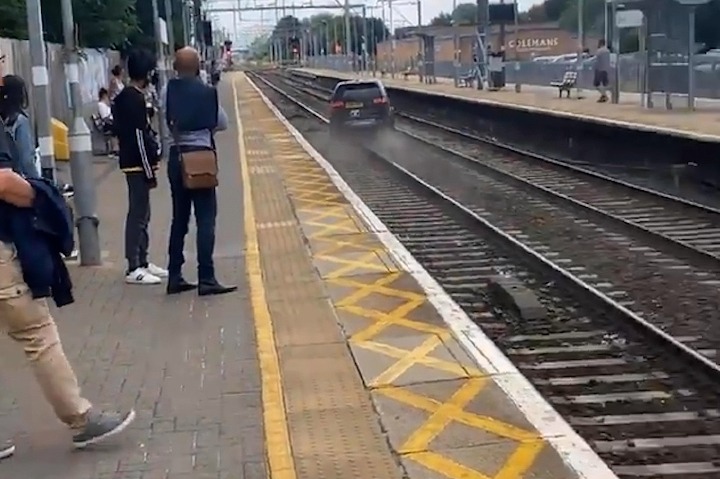