England rugby legend Lawrence Dallaglio has insisted ‘it’s all okay’ after it emerged he is fighting a bankruptcy claim.

According to reports, HMRC lodged a case against the World Cup-winning hero, 50, at the High Court in central London on Tuesday.

But speaking outside his £3.5million home in Richmond, South West London on Thursday, he insisted there was ‘nothing to worry about’.

He told the Sun he was ‘aware’ of the claim, adding: ‘It’s all OK. There’s nothing to worry about. I’ve got someone dealing with it.’

Dallaglio was part of the England team which triumphed against Australia in the 2003 Rugby World Cup final – which famously saw Jonny Wilkinson clinch victory with a drop goal in extra time.

When he retired in 2008, Dillaglio told the Financial Times how he had made his ‘first million’, adding: ‘I think one has a responsibility to ensure that the taxman does not get everything.’ 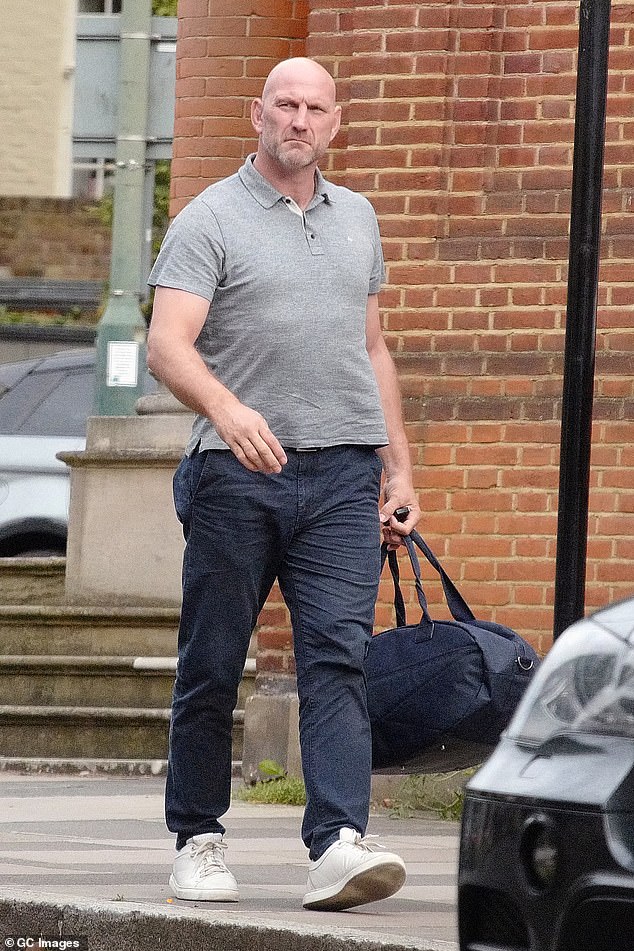 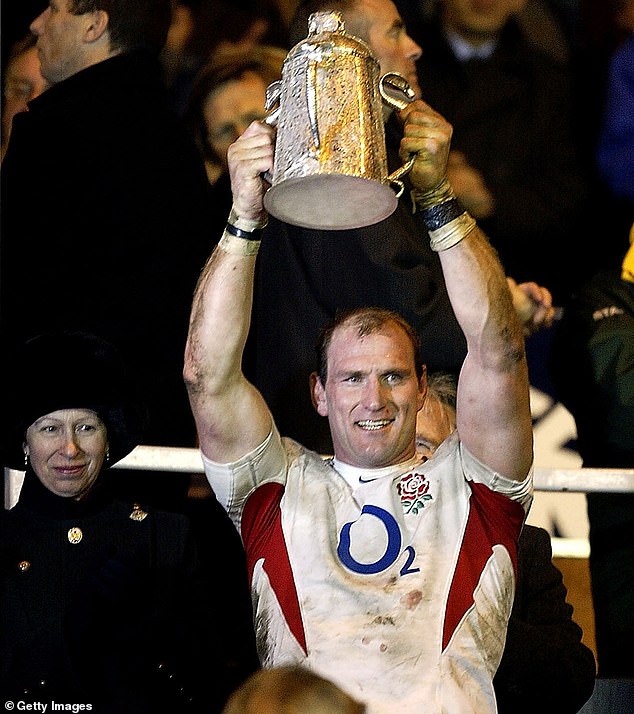 Dallaglio, the England captain raises the Calcutta Cup after winning the RBS Six Nations match between Scotland and England at Murrayfield on February 21, 2004 in Edinburgh

He added: ‘If you wanted to make money you wouldn’t play rugby. It has never been about money for me. In 2003 I had a benefit year, which raised more than £1million for charities.

‘Professional rugby players earn around £60,000 a year. If you win the World Cup you might get the same amount again.’

Dallaglio is widely known as one of the greatest players to ever feature in Rugby Union and for a time captained England.

During a long playing career which began in 1990, he amassed over 300 league appearances for Wasps, with 88 caps during a storied Test career. 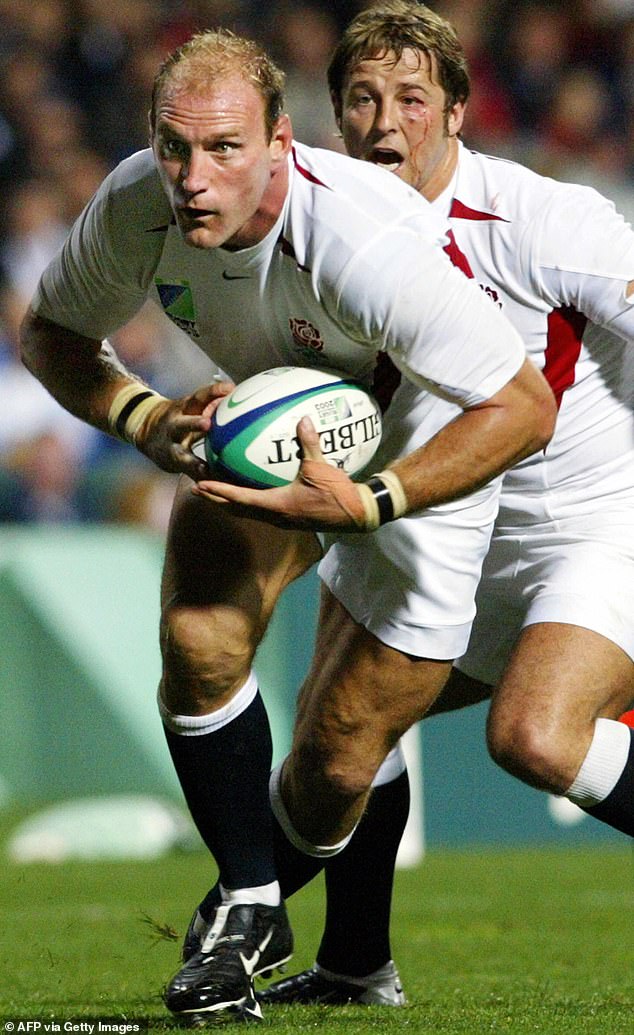 He retired in 2008, finishing his final season in the game by winning the Premiership final with Wasps.

But his career has not been without controversy. In 1999, Dallaglio stepped down as England captain after allegations began to emerge that he had used hard drugs, including cocaine and ecstasy, while celebrating the British Lions’ 2-1 series victory in South Africa in 1997.

The rugby star denied the claims and said: ‘The circumstances in which the supposed admissions were obtained amounted to an elaborate set up.’

It was claimed he spent money from his own bank cards during visits to a discrete Georgian townhouse in Holborn, London, which also offered clients cocaine, an open court heard. 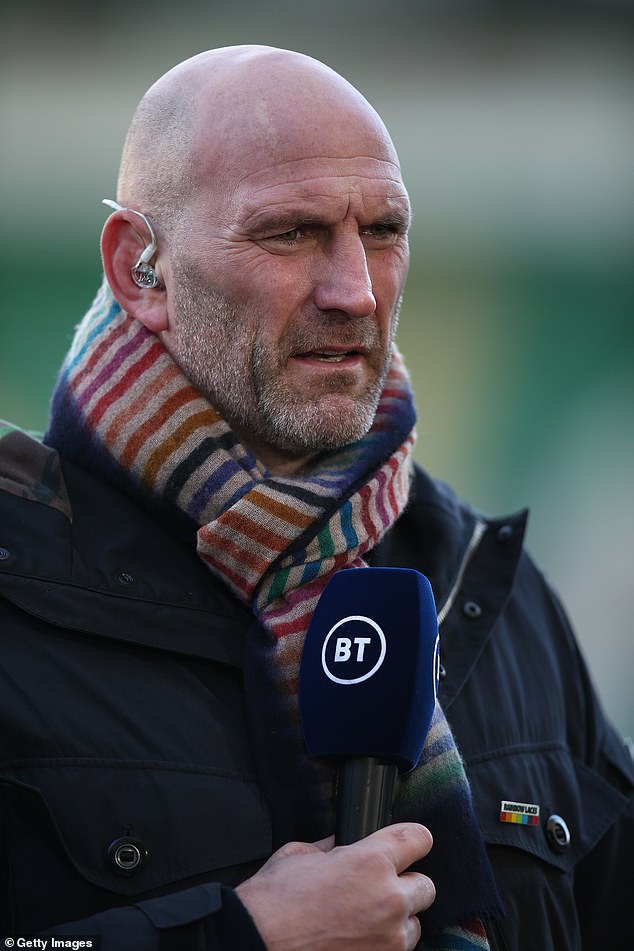 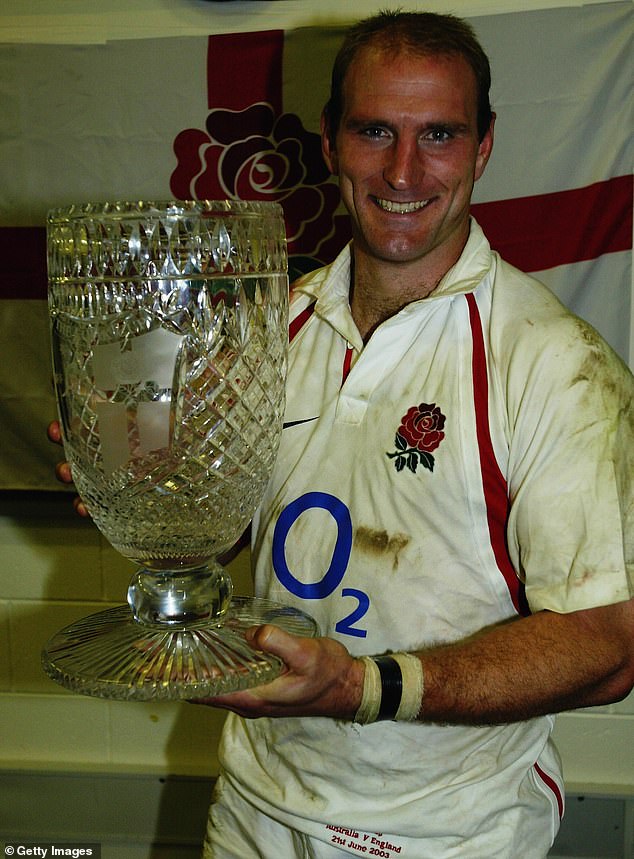 Dallaglio poses with the Cook Cup after the Rugby Union Test Match between Australia and England held on June 21, 2003 at The Telstra Dome, in Melbourne, Australia

Dallaglio’s alleged visits were revealed during the trial of a gang that was accused of providing prostitutes and the class A drugs inside the establishment, The Sun reported.

During the six-week trial at Wood Green crown court, North London, the father-of-two was not called to give evidence. The former sports player was never arrested and it was never established what his expenditure covered.

The rugby player’s name was initially discovered after detectives raided the Holborn brothel in July 2019 and went through the 180,000 bank card receipts they had found inside the property. The central London brothel has since been shut down.

Last year, Dallaglio credited rugby with saving him following the tragic death of his sister in 1989.

His sister Francesca was one of around 130 people on board the Marchioness on the river Thames attending a party which ran into the small hours. The boat collided with another vessel which resulted in the deaths of 51 people.