The militant RMT union barons causing chaos for London commuters with a 24-hour strike include a Putin apologist and a Marxist who previously echoed Kremlin propaganda by describing Ukraine as being ‘held to ransom by neo-Nazis’.

Completing the ‘Lynch mob’ is union leader Mick Lynch, who once sighed ‘All I want from life is a bit of socialism’ – but now collects a salary of £84,174.

Lynch – who claims up to 600 jobs up and the pension scheme are under threat from a cash-strapped Transport for London – today ‘congratulated’ union members and warned that they ‘will not rest’ until a ‘just’ agreement is reached. 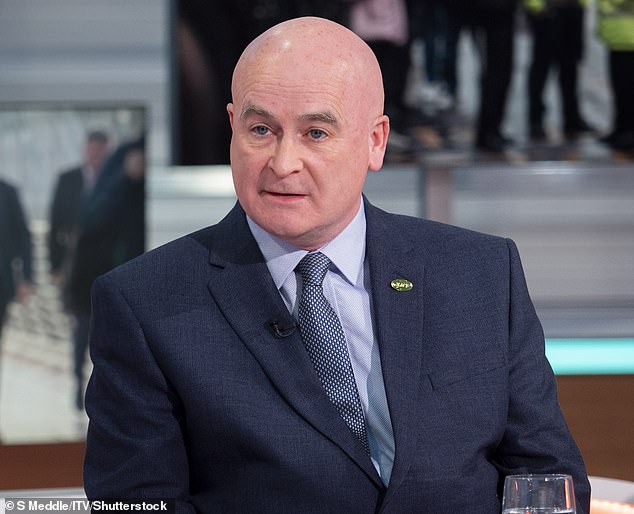 General Secretary Mick Lynch – who once sighed ‘All I want from life is a bit of socialism’ – collects a £84,174 salary

In March, Lynch organised the worst Tube strikes in five years – with two days of walkouts against changes to jobs, pensions and working conditions.

Lynch was once considered a centrist compared with former general secretary Bob Crow — but, after taking charge, he said: ‘The unions have got to make a militant stand – and use the strike weapon wherever it’s appropriate’.

He left school at 16 and trained as an electrician but was blacklisted due to union activity, so joined the railways.

Another high-ranking member of the RMT union is its senior assistant general secretary, Eddie Dempsey, a Putin apologist.

Dempsey shared glowing praise for Luhansk rebel Aleksey Mozgovoy in an obituary following his death in 2015, and even visited the Donbas region of Ukraine seven years ago, where he posed for a picture with the pro-Russian separatist commander.

Writing in far-right Russia Insider, Dempsey lavished praise on the ‘charismatic’ Mozgovoy, described the violent Luhansk separatists as communist ‘volunteers’, and brandished the West’s efforts to broker peace in the region as a ‘US-orchestrated coup’. 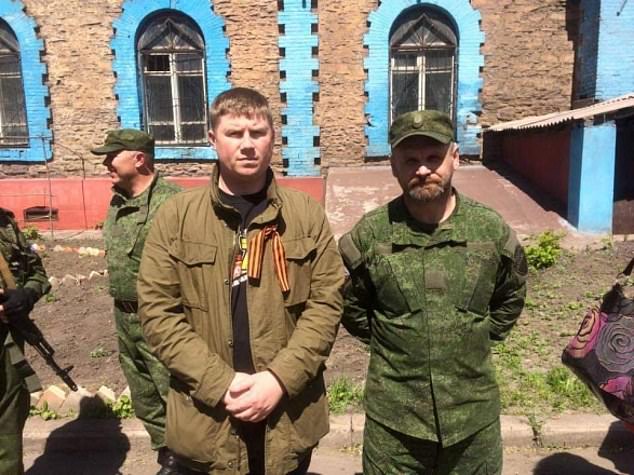 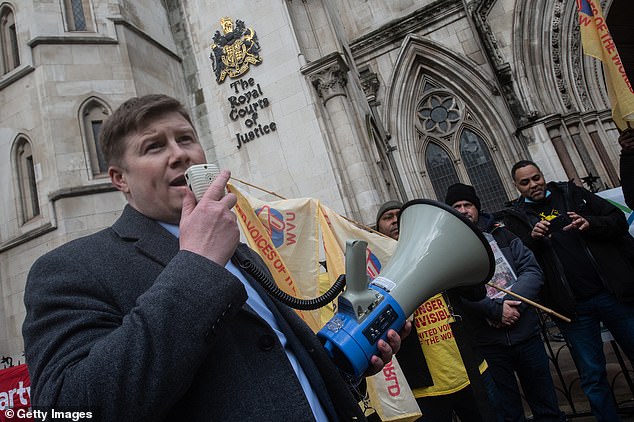 Dempsey was also among the signatories of a Stop the War coalition statement last week that criticised NATO’s ‘disdain for Russian concerns’.

The statement caused a huge split within the Labour Party after 11 of its MPs backed it, before withdrawing their support after an intervention from Sir Keir Starmer.

Left-wing parliamentarians who backed the statement were reportedly threatened with losing the whip, with one Labour frontbencher slamming the Stop the War Coalition as ‘Putin apologists’, the Telegraph reported.

Another RMT fat cat who has been criticised for his comments over Ukraine is its president, Alex Gordon, a longstanding Marxist who has previously echoed the Kremlin’s propaganda by branding the country ‘a failed state held to ransom by neo-Nazis’.

His pay and benefits package is not known.

Following Moscow’s invasion of Crimea, the militant former train driver protested outside Ukraine’s embassy in London in 2015 while wearing the black and orange Ribbon of St George, a symbol of Russian military valour.

Gordon presides over the RMT’s ruling national executive committee. But he is also a major figure in the Communist Party of Britain, sitting on both its executive and political committees. 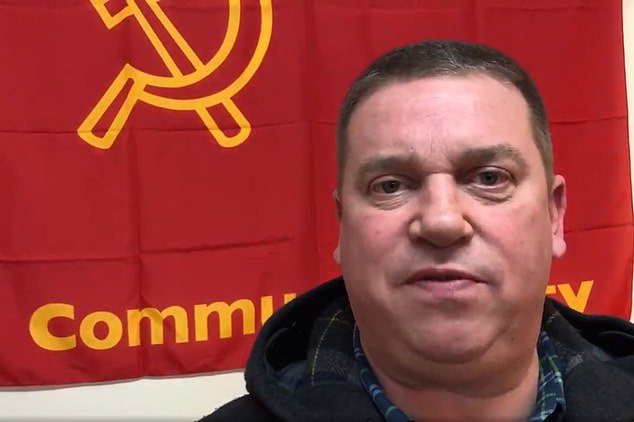 Another RMT fat cat who has been criticised for his comments over Ukraine include its president, Alex Gordon, a longstanding Marxist who has previously echoed the Kremlin’s propaganda by branding the country ‘a failed state held to ransom by neo-Nazis’

The 55-year-old is also chairman of the Marx Memorial Library in North London, where Communist dictator Vladimir Lenin worked during his exile from Russia.

The RMT has previously said: ‘The union has a clear policy of opposing the war in Ukraine and has called for the immediate withdrawal of Russian troops.’

On the issue of bosses’ pay, the RMT said: ‘The pay and benefits of RMT officials are decided on through our democratic structures and are ratified at the union’s Annual General Meeting in a wholly open and transparent process that every member has a right to comment on.

‘The employers National Insurance contributions should not be confused with earnings and the pension contributions are defined by the union’s pension scheme which all staff members belong to.’