The sister of a suspect accused of breaking into a Florida home Wednesday night and undoing his shorts while a family slept helped identify him before his arrest late Thursday, according to reports.

Thomas Marnets, 52, was arrested after allegedly escaping from the home in Holiday, Florida.

His sister and several others sent in tips to police based on home surveillance video of the alleged break-in that was made public, FOX 13 of Tampa Bay reported. His employer also sent in a tip.

Detectives found Marnets at a motel and arrested him for burglary but he denied stealing anything from the home. He was wearing the same clothes as in the video, authorities said, the station reported.

Marnets allegedly walked into a 9-year-old girl’s bedroom in the home, walked out and undid his shorts, then walked in again, the video appears to show.

The girl’s parents, Jacqueline Eisinga and Daniel Roles, were awakened by their dog and the suspect ran away in full view of them. 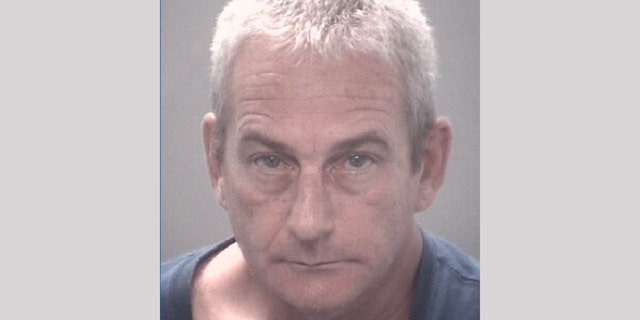 Thomas Marnets, 52, was arrested after allegedly escaping from the home in Holiday, Florida, after his sister and several others sent in tips based on home surveillance video released of him at the scene.
(Pasco County Sheriff’s Office )

Roles said he chased the suspect but wasn’t able to catch him.

“I went and saw my garage door was open, my side door was broken and my gate was open. I just walked around my house and I didn’t see anybody out. I came back in and I called 911,” he said. “It gives me the goosebumps, man. It’s supposed to be a safe place, and this guy is in my house snooping around my kids and family.”

Eisinga told FOX 13 she couldn’t get the incident out of her head.