A record $2.7 million judgment has been awarded to a former Geelong College student over the school’s handling of the sexual abuse he suffered more than 25 years ago.

Though there have been more significant settlements reached out of court, the decision of Supreme Court Justice Stephen O’Meara last Friday is believed to be the highest judgment for institutional abuse in Australia to date. 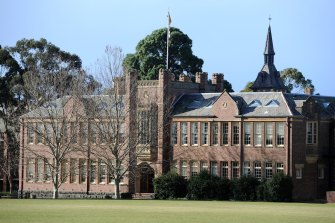 The former student was abused by Bert Palframan, who volunteered in the school’s woodwork and craft area, called the House of Guilds, from 1988. The abuse occurred after another boy complained to two teachers about the assaults that he and other classmates were subjected to from Palframan.

Geelong Collegedefended the case that required a nine-day trial in August and September, meaning the former student, now aged in his 40s, his family, and Palframan’s other alleged victim, had to give evidence.

The court was told that Palframan died in 1999.

“I’m delighted with the comprehensive win and appalled the school denied legal responsibility for what happened to me and put me through a very difficult trial,” the former student, represented by Rightside Legal, said in a statement.

“But my real anger – and disgust – is with the people in charge at Geelong College 30 years ago.”

Through a legal team led by Jack Rush, the QC who ran the Victorian bushfire royal commission, the exclusive school did not quibble over whether the abuse occurred, but whether it was liable.

Justice O’Meara was highly critical of aspects of the school’s defence, including its argument that it couldn’t be responsible for abuse by a volunteer off the school site, even though the grooming and initial abuse was in the woodwork centre.

“If anyone was in a position to evaluate the threat and report it … it was the school, and, as I have indicated, that did not occur,” Justice O’Meara said.

The school argued it did not breach its duty to the student because there was a full-time warden and a system of supervision.

But when the other boy complained to the warden, and another teacher, that he was being touched by Palframan, his complaint fell on deaf ears, leaving the boy to feel as if he was on his own and stupid for having raised it.

“It may be that it was either hoped that such a thing would not occur at the school or that no significant harm would come of doing nothing specific in response,” Justice O’Meara said.

“Whether that be so or not, I do not regard the approach then adopted as having been any more a reasonable response to the risk than it would be now.”

It was put to one of the teachers who received the complaint, who could not remember it, during the trial that multiple Geelong College staff members had been accused of “interfering” with students.

According to the judgment, the former teacher suggested he thought such a thing could occur in the public school system, “but he was surprised to hear that it could happen at Geelong College”.

Chair of council at Geelong College, Dr Richard Page, said in a statement to The Age that though the perpetrator was not a staff member, the college failed the former student.

“We are truly sorry for the abuse suffered by the victim, and others in our care,” Dr Page said.

“We recognise the harmful effects of sexual abuse upon our former students, and we continue our committed endeavours to support each survivor of abuse with care, sensitivity and dignity, and in the manner most appropriate for their healing.”

“We have now run dozens of cases involving schools, with significant compensation to former students, but no amount of money will make up for the pain and suffering and lost opportunities of these former students,” Mr Magazanik said.

“And it all could have been avoided if these schools had put their students first, and taken abuse seriously. Those failures are now carrying a heavy price tag.”

A former Wesley College student received a $3 million record settlement for institutional child abuse in Victoria in May, after he was sexually assaulted by two former teachers in the 1970s.