A leading psychiatrist who helped the rich and famous battle mental health issues died after attempting to take his own life, MailOnline understands.

Dr Mike McPhillips, 59, made a despairing call to police telling them he intended to harm himself.

Officers raced to the scene in south West London along with paramedics and lifeboat crews. 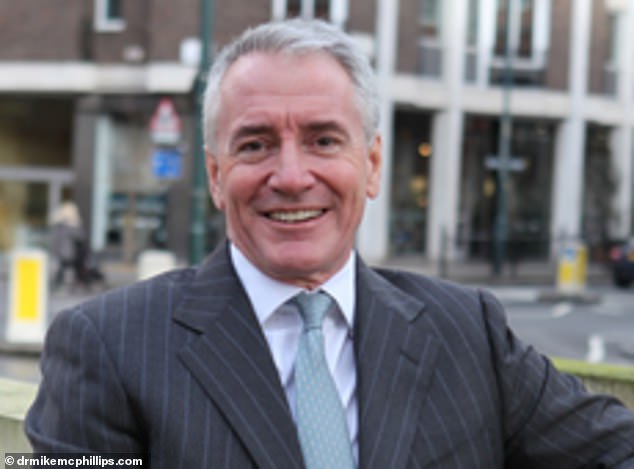 Dr McPhillips was given emergency treatment after being found with serious injuries but died three days later in hospital.

The married father-of-two was credited by pop star Frankie Bridge, 33, with helping to pull her back from the brink after she suffered a breakdown during her time with chart-topping girl group The Saturdays.

In September 2011 Frankie – who is married to former England footballer Wayne Bridge – was admitted to the private psychiatric hospital where Dr McPhillips was a consultant.

He went on to work with Frankie when she wrote a candid book about her ongoing struggles called Open: Why Asking For Help Can Save Your Life.

Frankie – who is now an ambassador for mental health charity Mind – declined to comment about the tragedy which happened in the early hours of March 14.

The scene was cordoned off after police arrived at the scene at around 3.30am.

The Metropolitan Police later confirmed Mr McPhillips’ death was not being treated as suspicious.

A spokesperson said: ‘In the early hours of Monday March 14, police received a call from a man who suggested he intended to harm himself.

‘Officers attended, along with London Ambulance Service and the RNLI, and found a man, aged in his 50s, with serious injuries.

‘He was taken to a central London hospital where, sadly, he died on Thursday March 17.

‘His next of kin have been informed.

’The death is not being treated as suspicious and a report will be prepared for the coroner.’

An inquest into Dr McPhillips’ death is due to be opened at West London Coroner’s Court on April 7.

Cambridge educated Dr McPhillips began practicing in 1993 and went on to run his own private consultancy in the desirable Sloane Square area of London with his wife Rebecca charging fees of up to £600 an hour.

Rebecca was too upset to talk about the tragedy at the family’s £3million home in Chiswick, a short walk from the River Thames where the tragedy happened.

A woman relative at the property said: ‘We’re all absolutely traumatised.

‘It’s devastating for everybody – the children are upstairs.’ 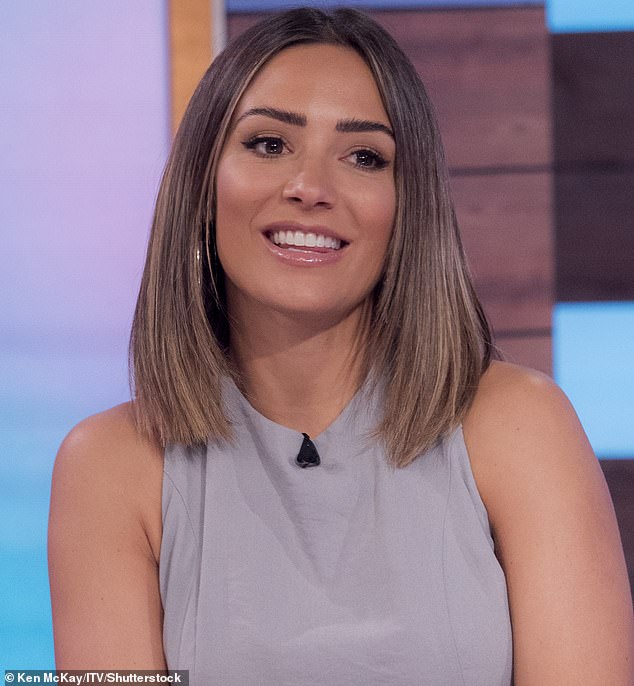 In September 2011, Frankie Bridge was admitted to the private psychiatric hospital where Dr McPhillips was a consultant

Asked about the events surrounding Dr McPhillips’ death, the relative said: ‘I can’t say anything about the circumstances.’

Along with specialising in a range of mental health disorders, Dr McPhillips was a leading expert in drugs, alcohol and gambling addictions.

Dr Mike McPhillips worked as the lead clinician at the addictions unit at the Priory Hospital in London between 2003 and 2007.

He worked as a visiting consultant at the private Nightingale Hospital since 2009.

Dr McPhillips was a witness at the inquest into the death of Cecil Parkinson’s daughter Mary who took her own life two days after she was discharged from the hospital.

It was there that Frankie was admitted when her world collapsed around her at the height of her fame.

In her book described the role Dr McPhillips played in her recovery along with psychologist Mal Khan after she hit ‘hard sharp rock bottom at what was supposed to be the happiest time of my life’.

She said the pair ‘have helped me back onto the path of better health by giving me the tools and knowledge I need to better understand, manage and accept my illness’.

Dr McPhillips wrote: ‘We badly need people like Frankie to help us destigmatize mental illness and to show that people who suffer from it are nevertheless hardworking and highly successful.

‘In choosing to go public with this book, Frankie is making a brave step on both a personal and professional level’.

For confidential support, call the Samaritans on 116 123 or visit samaritans.org