Two shot dead in Dutch McDonald’s: Gunman ‘ordered food and sat down before opening fire’ at restaurant in city of Zwolle

Two people have been shot dead in a Dutch McDonald’s after reports a gunman ‘ordered food and sat down before opening fire’ inside the crowded restaurant.

Police and local media report the incident took place at around 6pm today at a branch in the city of Zwolle, in the northeast of the country.

According to witnesses the men who were shot were having a meal when the gunman walked in and shot them in an apparent ‘targeted’ attack.

Dutch police have tweeted that two people have since died and they are still searching for the person responsible. 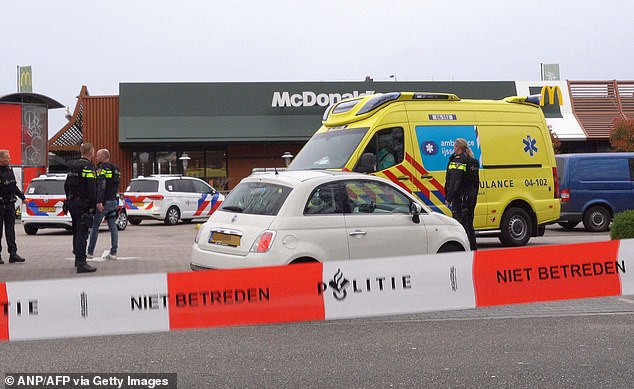 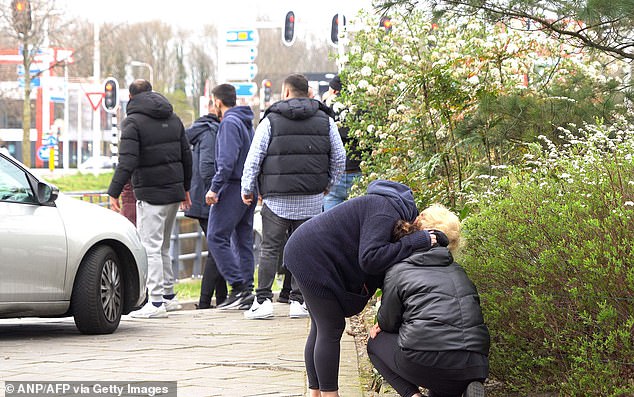 They are urging people to stay away from the restaurant in question, which has been cordoned off while investigations take place.

RTV Oost reports that the victims are ‘allegedly influential businessmen of Turkish descent’.

It added witnesses saw the gunman walk into the McDonald’s and order food, before sitting down at a table and shooting the men next to him.

‘There was massive panic among the patrons who all tried to flee outside,’ the broadcaster said.

The assailant then fled.

Police and ambulances rushed to the scene where rescue workers tried to resuscitate one of the wounded victims, who later died.

Police said they were looking for witnesses and the search for the gunman continued. 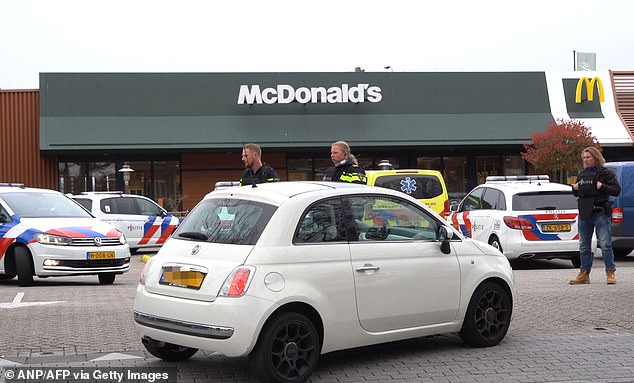 The incident took place at around 6pm today, and police say they are still searching for the person responsible

They did not give details for a possible motive or the identities of the two victims, who were said to be of a Turkish-Dutch background.

Video images from the scene showed the area cordoned off with police tape while a helicopter circled overhead.

Shocked bystanders and relatives of the victims could also be seen consoling each other.

In a tweet Overijssel Police said: ‘Two people were killed in the shooting earlier this evening.

‘The area surrounding the McDonald’s in Zwolle-Noord has been closed as a crime scene for investigation.