A lighthearted pregame standoff between former teammates took a sharp turn on Sunday at Kauffman Stadium when they were both ejected ahead of first pitch. Seattle Mariners pitcher Robbie Ray won the standoff against Kansas City Royals reliever Luke Weaver.

Ray and Weaver were teammates with the Arizona Diamondbacks in 2019 and part of 2020. After the playing of the national anthem, they both stayed on the field, hats held over their hearts, without any will to concede. Weaver looked as if he might fall asleep with his head to the side. Respective teammates brought over water, sweat towels and a Theragun for massages as the standoff continued, per MLB.com.

We got an old fashioned National Anthem standoff! 🤣 pic.twitter.com/1FtR7kiTdV

It obviously caused a delay and the umpiring crew wasn't happy. As first pitch ticked closer, the group huddled together at home plate for the usual exchanging of lineup cards. The teams took the diamond ready to start the game and Royals starter Max Castillo was ready on the mound.

And still, Weaver and Ray did not move. Home plate umpire Adrian Johnson jogged over and appeared to wave them off. He became more pugnacious and pointed for Weaver to leave the field. The time of first pitch was already three minutes prior.

The sheer force of will and determination. pic.twitter.com/d1W8NckoMO

Weaver did move first, eliciting a cheer from the Mariners dugout for their mini victory. Except Johnson had actually ejected them for delaying the game. Not a victory at all, it seems.

"It's a TKO! Robbie Ray, the heavyweight champ!" pic.twitter.com/u9gBwgrglr

The Royals led, 2-1, through three innings before both teams escalated it into a football score. The Mariners scored eight in the fifth and two in the sixth. The Royals answered with an 11-run sixth-inning and ended up winning 13-12.

Ray is 12-10 in 2022 with a 3.6 ERA and last pitched on Wednesday. Weaver has a 6.43 ERA in 11 appearances since the Royals acquired him in a trade with the Diamondbacks in July. He was not available on Saturday, either, and has not pitched since a week ago. 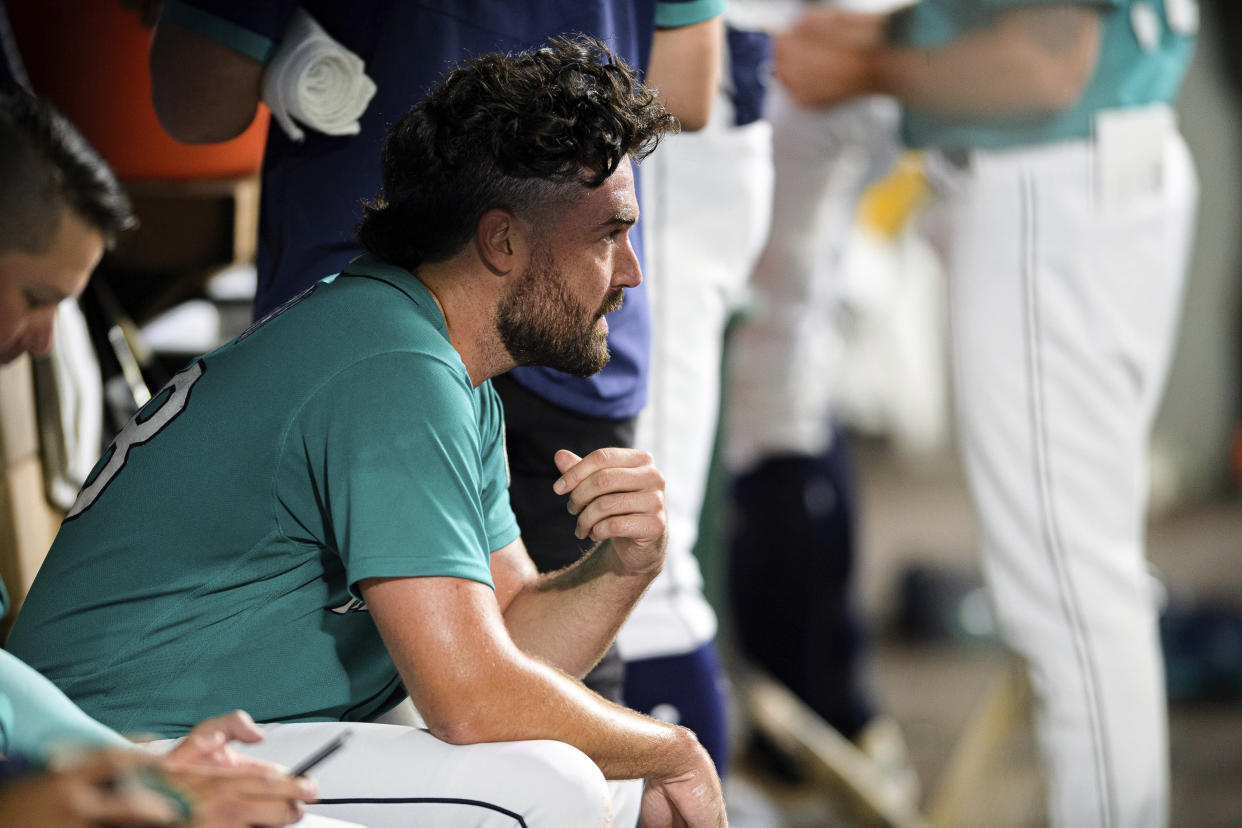