TESSICA Brown’s mom and sisters have chopped off their hair in an astonishing display of solidarity following her Gorilla Glue disaster.

In a viral TikTok video, the 40-year-old mother-of-five from Violet, Louisiana, revealed that her hair had been stuck in place for a month after she ran out of Göt2b Glued Spray – and used Gorilla Glue instead. 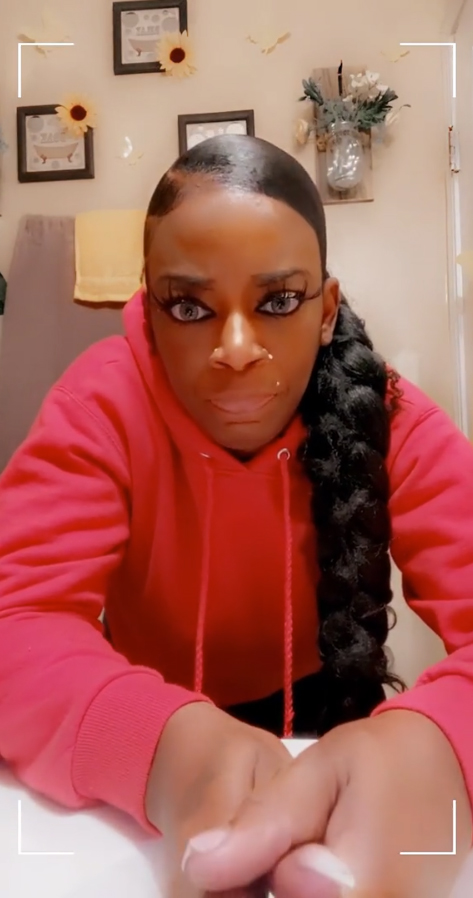 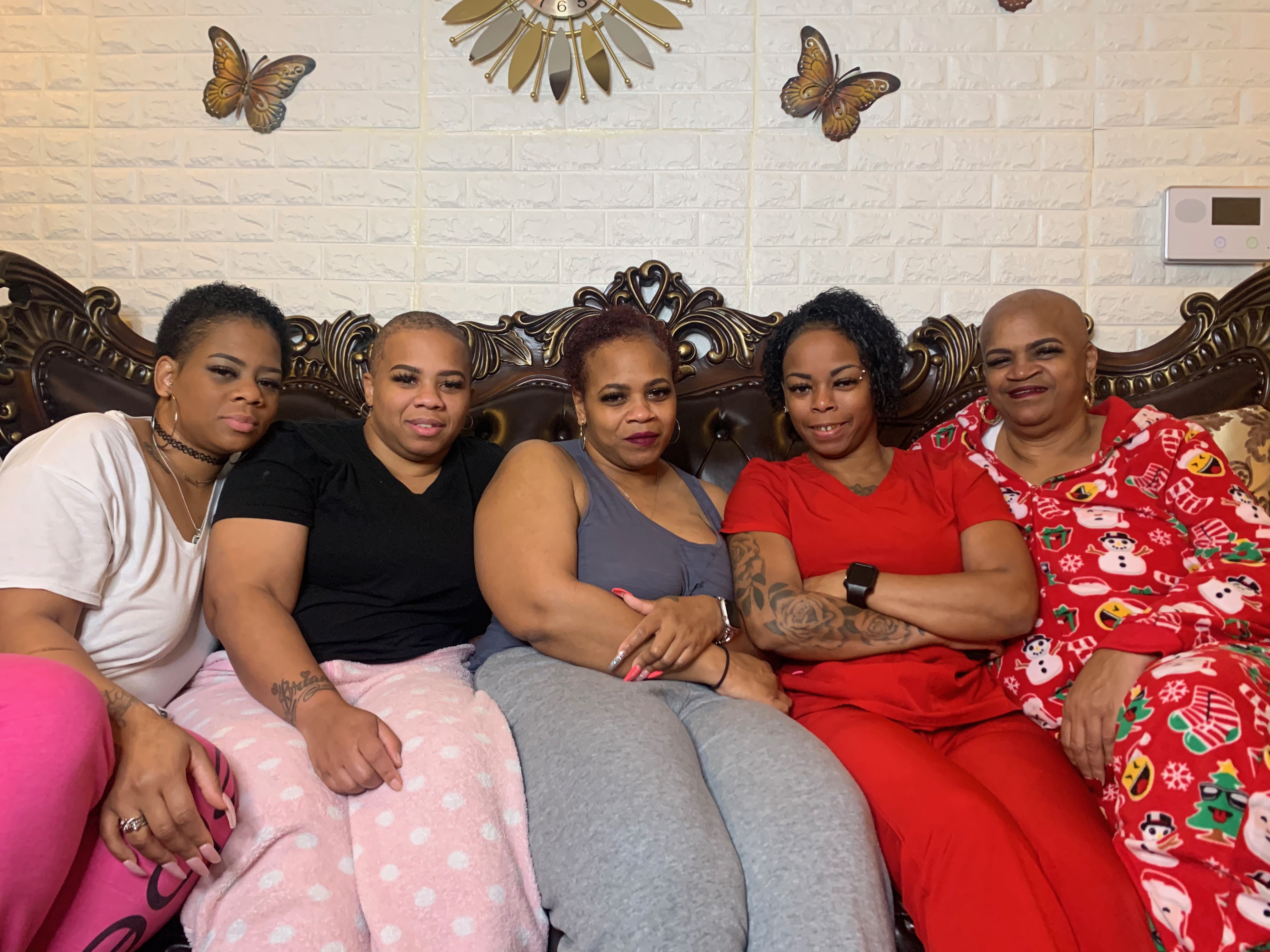 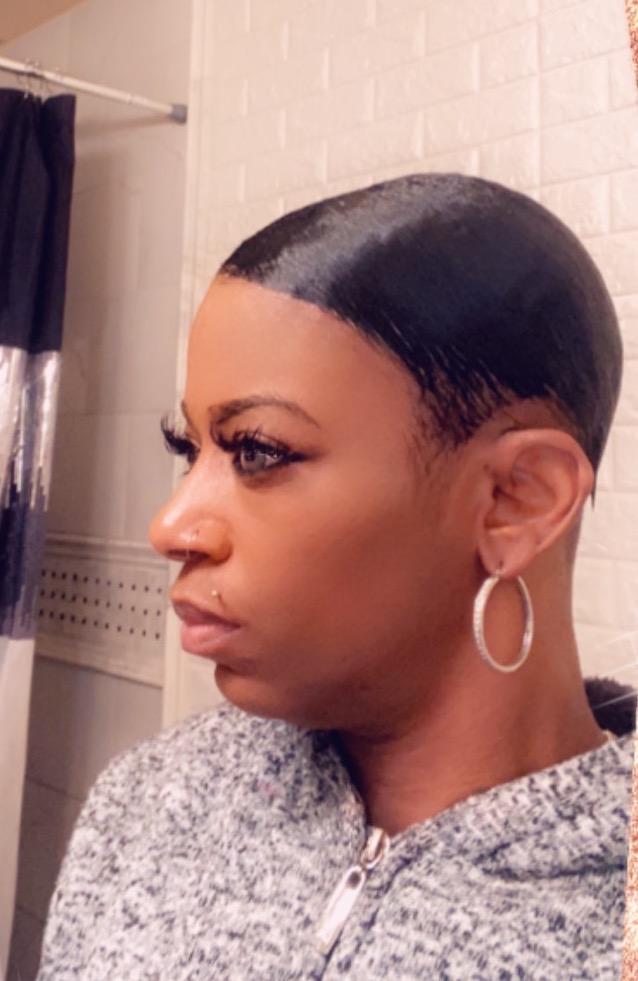 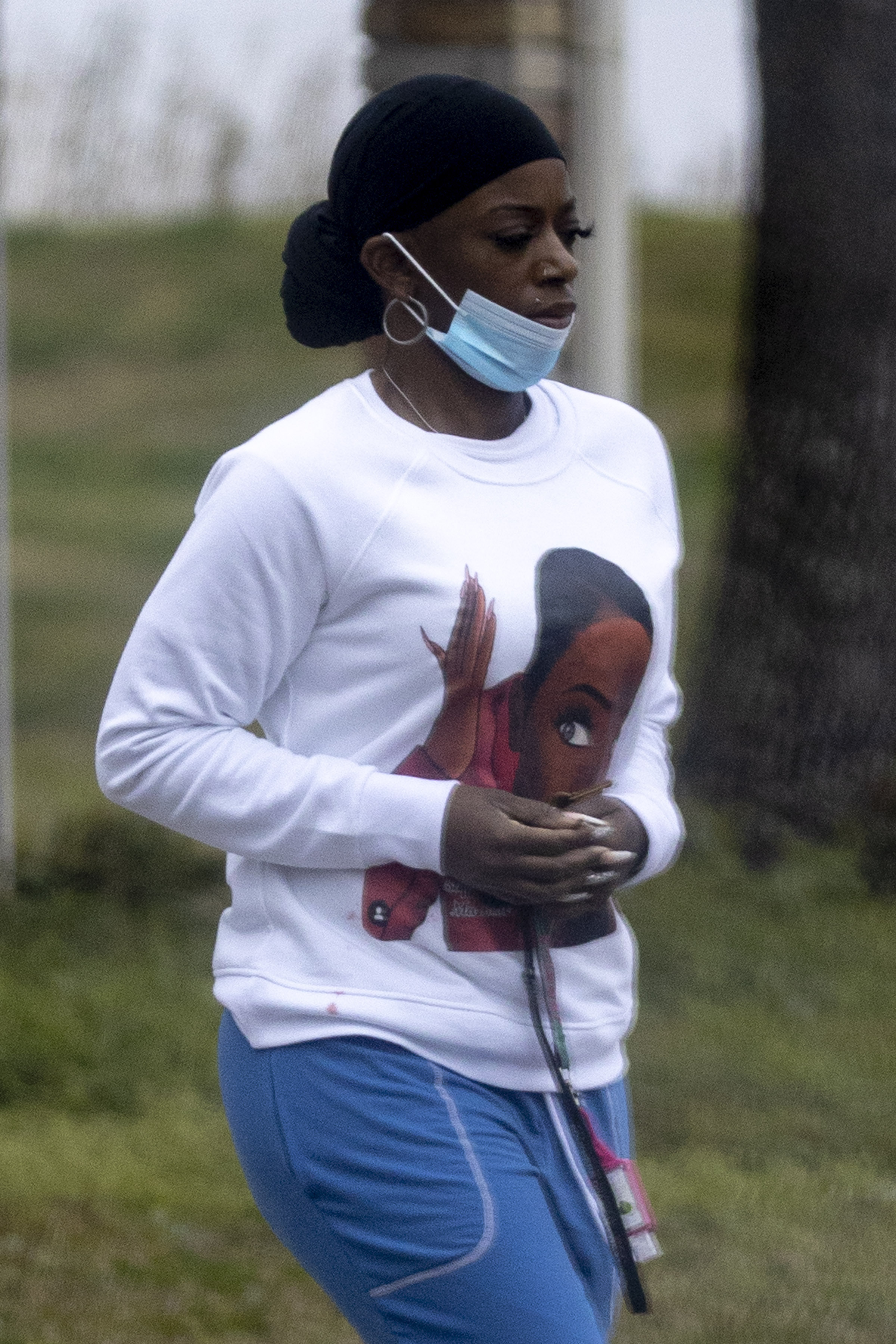 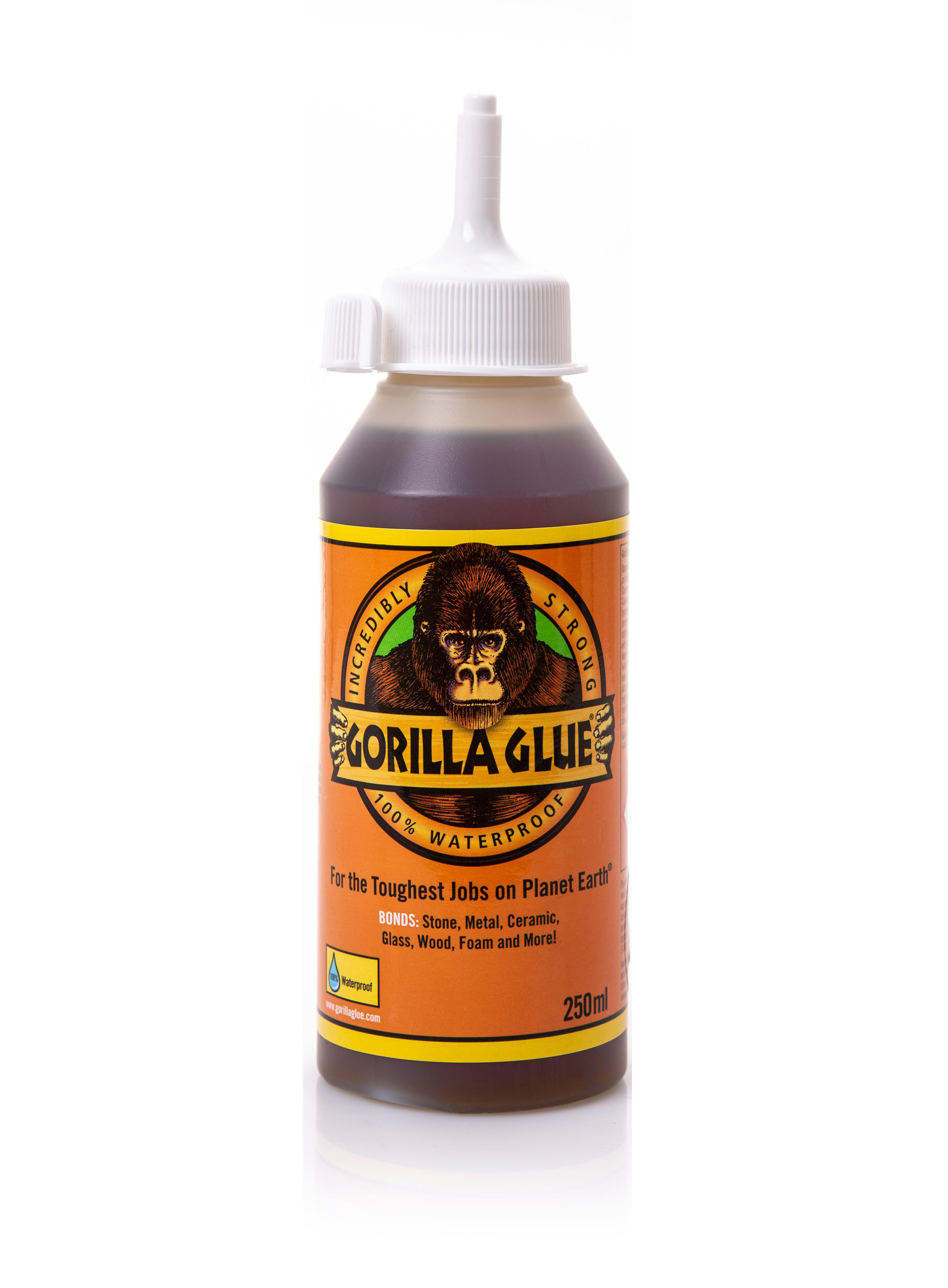 Brown ultimately lost most of her hair and was left feeling deflated, according to reports.

Enter Tessica’s family – who has shown their support by also having their locks cut off.

In a new image, Brown's four sisters and her mom can be seen with their new looks, with each of them now sporting short hair.

Brown explained in the clip that she had washed her hair "15 times", was suffering from headaches, and had even made a trip to an emergency room where medical workers tried to remove the acetone, and cut her ponytail off, but nothing worked.

Eventually, Brown flew to Los Angeles to meet a plastic surgeon who offered to help remove the adhesive from her hair for free earlier this month. 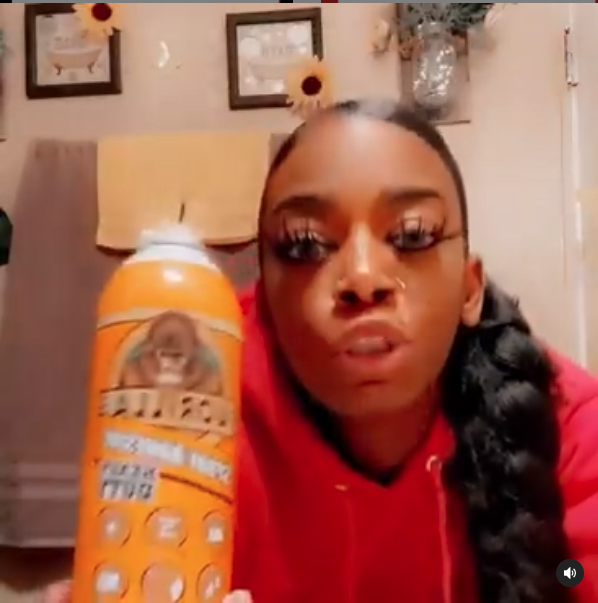 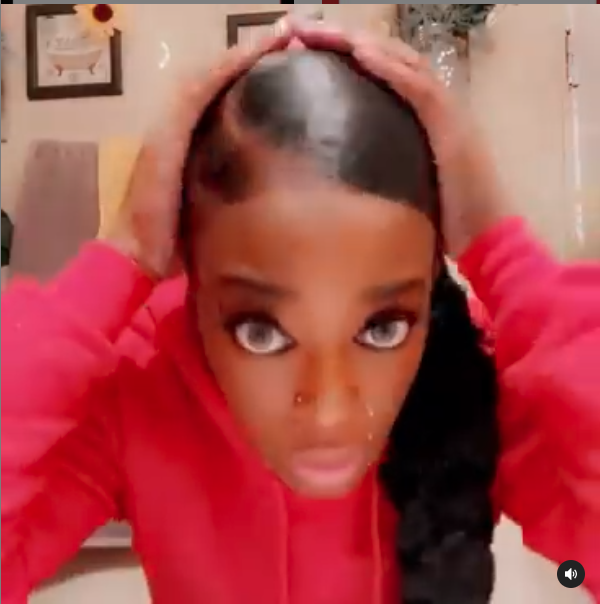 Her mother Jessica Brown and sisters Juanita Brown, Jamie Sino, Erica Brown and Rose Hayes all had their locks cut

The mishap hasn't been all bad for Brown, earning her a celebrity management team and merchandise line.

Brown has now launched a brand of merch – tagged "bonded for life" with her face on it.

Some trolls claimed she staged her hair disaster in an attempt to get famous – but Brown shut them down and said she went on TikTok to seek help.

“The reason I went to the internet, because I never was gonna take it to social media, was because I didn’t know what else to do," Brown said.

“And I know somebody out there could have told me something." 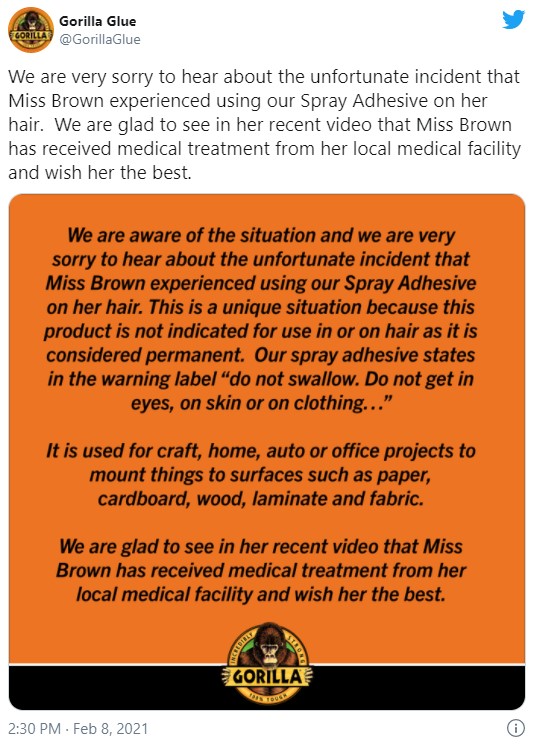 As her video went viral, Brown gained support from millions of people – including celebrities.

The Real talk show host Loni Love offered to give Brown a custom wig for free.

A wave of copycats have since imitated the dangerous stunt, including TikToker Avani Reyes, 20, who claims she also accidentally set her hair with Gorilla Glue spray, just days after Brown went viral.

Another wannabe, rapper Len Martin, 37, pretended to stick a Solo cup to his face before admitting he faked the incident to prove Brown was lying.

Gorilla Glue released a statement in response to the incident.

"We are aware of the situation and we are very sorry to hear about the unfortunate incident that Miss Brown experienced using our Spray Adhesive on her hair," the company said in a statement.

"This is a unique situation because this product is not indicated for use in or on hair as it is considered permanent."

Gorilla Glue added: "It is used for craft, home, auto or office projects to mount things to surfaces such as paper, cardboard, wood, laminate and fabric."