A HERO jogger used a Ring doorbell to enter a stranger's home and rescue their pets from an inferno after spotting the burning house.

The Good Samaritan, identified locally as Paul Murphy, was out for a run when he came across smoke swirling around a house in Scotts Valley, California. 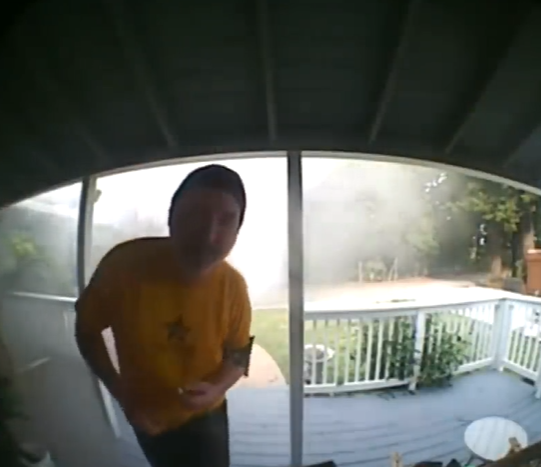 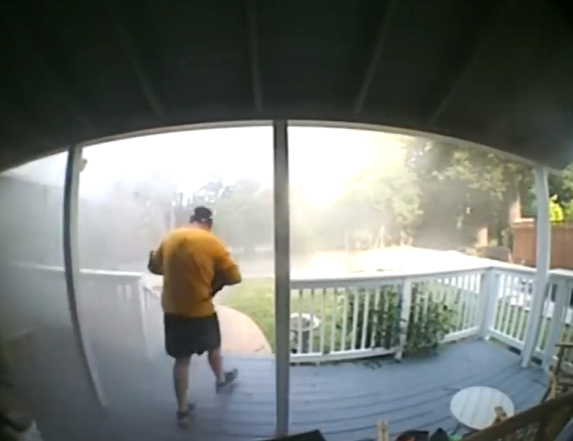 The homeowners, who were out at the time, didn't realise the danger their pets were in – until Murphy used their Ring doorbell to speak to them.

Homeowner Courtney Polito told WTHR 13 that she saw Murphy "running back and forth" outside the house.

"Hello, do you see there's smoke coming out of the top of your house," the jogger can be heard saying to Polito.

As the smoke alarms were going off, Polito gave him the home access code with Murphy ran into the house to save the family's two dachshunds, a rabbit and a cat.

Polito said if Murphy didn’t step in to help when he did, they would have lost everything.

“The fire department said 10 more minutes and the house would have been gone,” she said.

In the footage, Murphy can be seen running out of the home carrying one of the dachshunds under his arm to safety.

Her husband Tony said "it takes a certain type of person" to enter a stranger’s burning house to save pets.

Murphy was safely outside the property by the time the firefighters arrived on the scene to extinguish the flames.

Scotts Valley Chief Battalion Chief Andrew LoFronc said it was the first time they had seen someone use "a Ring doorbell system to alert 911 and the homeowners".

Polito said she was looking forward to giving Murphy "a hug" to thank him.

"I don’t know… I just want to thank him so much and let him know how thankful we are."