‘Cackling’ hit-and-run driver is jailed for mowing down community support officer after telling her: ‘I don’t have to f***ing tell you anything, you are just a f***ing PCSO’

A hit-and-run driver has been jailed for six years after mowing down a community support officer who was asking him about having no insurance.

PCSO Danielle Doran was knocked over in Rochdale, Greater Manchester, on June 14 last year, after Shahid Khan reversed his Fiat 500 into her while she carried out checks on the car.

With the passenger door of his car still open, Khan then pressed the accelerator and hit PCSO Doran on the shoulder, almost dragging her underneath the car. 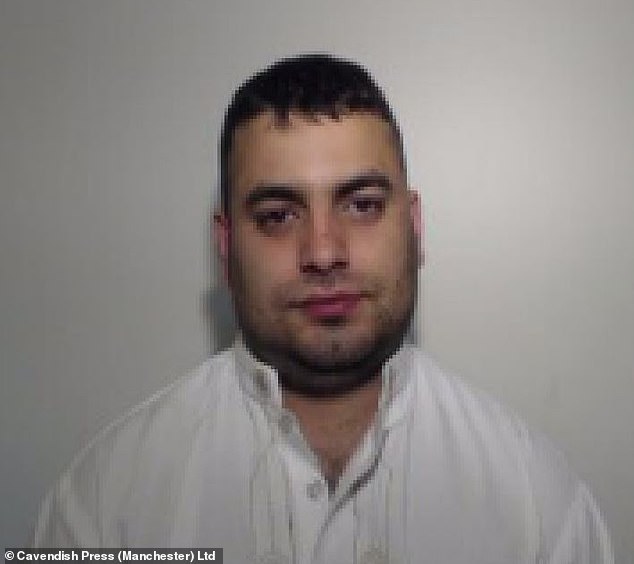 Shahin Khan, 27, (pictured) who told a PCSO: ‘I don’t have to f*****g tell you anything, you are just a f*****g PCSO’ before driving into her in Rochdale on June 14, last year, has been sentenced to six years in prison and handed a five-year driving ban

Khan then turned his car around, mounted the kerb and drove back towards PCSO Doran and said: ‘I’ll get you next time, next time I’ll f*****g kill you.’

In a statement, PCSO Doran said: ‘I felt distraught and upset after what happened. I’ve been a police community support officer for ten years and I feel this has been the worst situation I have been in.

‘I felt vulnerable and helpless. I had pain to my left elbow which happened when made contact with the door and my left hand became swollen.

‘I attended hospital due to pain in my left shoulder and I told the muscle was jarred, and would settle for a few weeks. I was anxious as a result and had to take time off work. I was also worried about seeing this man again.’

At the time of the incident, Khan was being investigated over a £500,000 computer hacking fraud which used stolen credit card details to target small businesses. 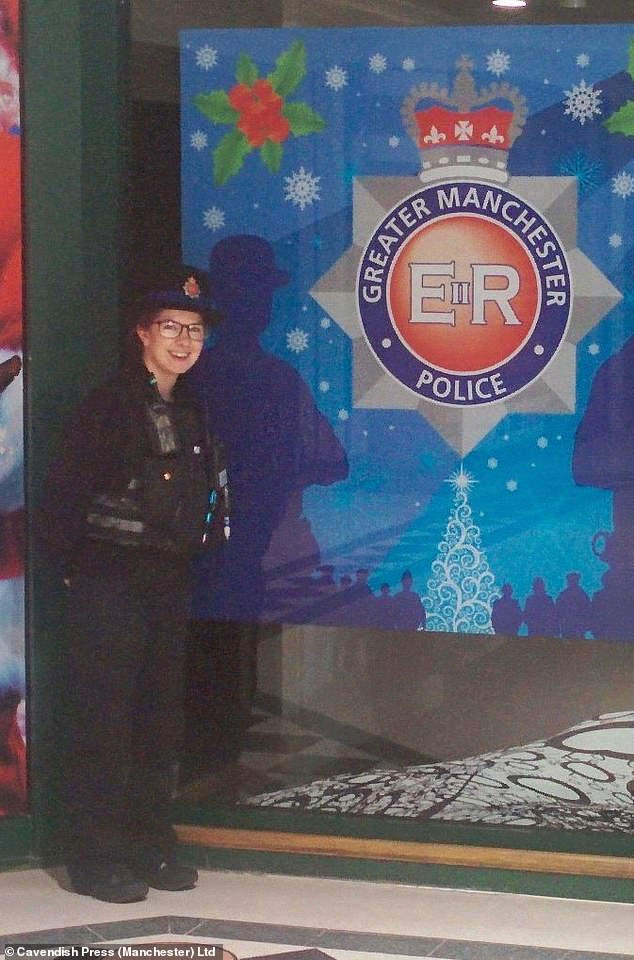 He has also been banned from driving for five years, which will take effect after he has been released from prison.

Prosecutor Geoff Whelan said: ‘She saw a black Fiat driving at speed down the wrong side of the road and noted part of the registration. She then saw the vehicle turn at speed onto the garage forecourt and she then walked towards the petrol station.

‘She conducted a number of checks on the vehicle as she believed it may have been a stolen car and those checks confirmed the car did not have insurance, nor did it have a registered keeper. She then looked in the window for the chassis number, but it was not there.

‘No one was in the car at this time so putting on a pair of gloves, she went on to check the vehicle was secure at the driver’s door and she found there was no door handle. She then made her way to the front passenger door and found the vehicle to be insecure.’

Whelan said that the manager of the forecourt told PCSO Doran that the car’s owner was inside a Subway and when he emerged from the eatery, she started to question him.

‘She asked him why he driving down the wrong side of the road but he replied, ‘I don’t have to f*****g tell you anything, you are just a f*****g PCSO’. He then began squaring up to PCSO Duran puffing out his chest and raising his voice. She felt very intimidated by him and stepped back and at that point she asked for further patrols to assist. 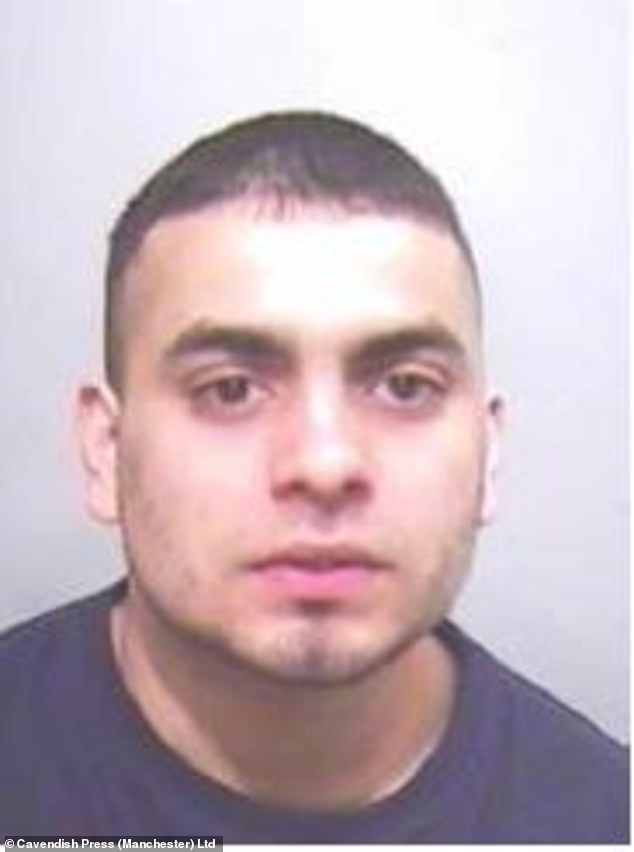 In mitigation, defence counsel Mark Shanks said that Khan was agitated after a previous road incident but that he accepted his reactions were ‘very much appalling’

‘The defendant walked to the Fiat and PCSO Doran asked him for identification or proof that the vehicle was his. He smiled and stated he would get some for her whilst the officer stood on the passenger side of the car with the door open.

‘He then got into the driver’s seat started the vehicle, revved the engine hard at least three times and began cackling loudly while staring at her. She began to step back and pressed the emergency button on her radio but unbeknownst to her the button failed to activate.’

Whelan described how PCSO Doran yelled ‘stop’ at Khan but he kept accelerating.

After turning the vehicle round at a set of traffic lights Whelan said that Khan: ‘Rolled down his window shouted directly at her “I’ll get you next time, next time I’ll f*****g kill you”. He then sped off through the lights causing other road users to stop.’

In a police interview, Khan gave no comment and he was found to have previous convictions for assault with intent to rob and fraud.

In mitigation, defence counsel Mark Shanks said that Khan was agitated after a previous road incident but that he accepted his reactions were ‘very much appalling’.

Shanks said: ‘He is extremely remorseful, which is showed through his apology to the police officer. Thankfully there was no serious injury, it could have been a lot worse.’

Sentencing the judge Mr Recorder Paul Taylor told Khan: ‘Your response to PCSO Doran was indicative of your attitude towards her. You squared up to her and pushed out your chest and you raised your voice to her.

‘You were bullying her and you seemed to get a kick out of causing distress to her because she heard you laughing at her. She was terrified and it has affected the way she behaves. You have altered the way she has been living for some significant time.’