Woman, 85, who ‘died’ of Covid-19 returns to her Spanish care home ten days later and is reunited with her shocked husband after ID mix-up

An 85-year-old woman who was thought to have died from coronavirus in Spain shocked her family by turning up at her care home ten days later.

Rogelia Blanco had been removed from the San Bartolomeu de Xove care home in northern Spain on December 29 for treatment after testing positive for the virus.

But a mix-up in transit between Rogelia and the woman she shared a room with meant her family were wrongly told she had died on January 13. 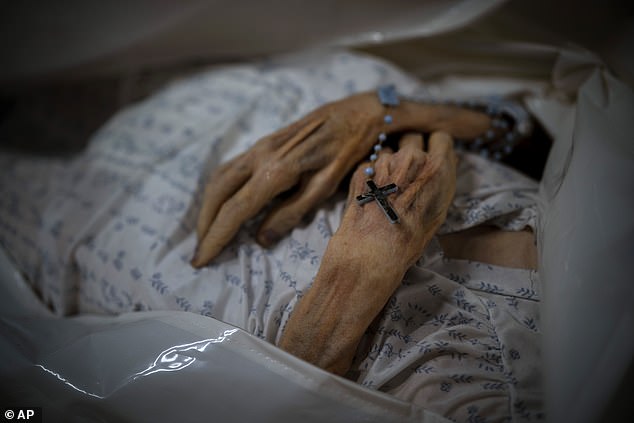 Rogelia Blanco, 85, was wrongly declared dead from coronavirus on January 13 in Spain and her relatives were told she had been buried – only for her to turn up alive on January 23 (file)

Heartbroken relatives were additionally told that her funeral took place the following day, with Covid laws banning them from attending.

But they were left in a state of shock when, on January 23, she returned alive to the care home where husband Ramon Blanco also lives.

‘I could not believe it. I was crying, after the death of my wife,’ local newspaper La Voz de Galicia quoted him as saying

A spokesman for the San Rosendo Foundation, which runs the care home,said the mix-up occurred as the women were transferred to the Os Gozos residency in Pereiro de Aguiar, 223 km (139 miles) from Xove.

‘An identification error during the process of transfer from Xove to Pereiro de Aguiar led to the death of one of them being certified on Jan. 13, although the identity was wrongly assigned,’ it said.

Tragically, it meant another family who had been assured that their elderly relative was alive and returning to the home had in fact been dead for ten days before the error was uncovered. 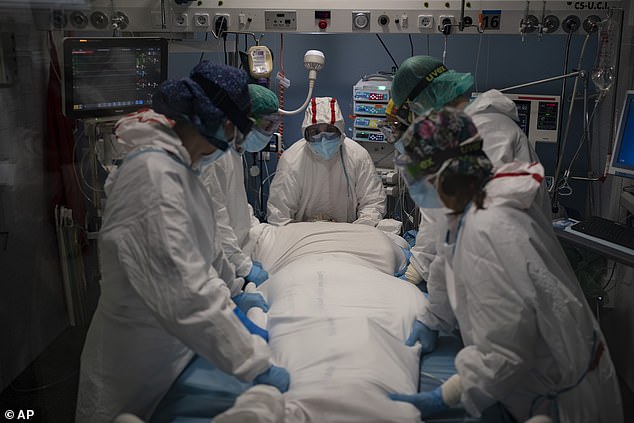 Speaking to the brother of that woman, the Galicia newspaper quotes him as saying: ‘They told me she was cured, I traveled to see her and when I arrived I found out that she had been dead for ten days.’

The foundation expressed its regret for the ‘unfortunate incident’, the newspaper said, quoting the statement, which added: ‘This is a one-off event, among the more than 100 transfers that have been made since last December to Os Gozos.’

A court had been informed to reverse the mistake over Blanco’s death, the statement said. The foundation did not immediately respond to a request from Reuters for comment.