SIX people have been arrested on suspicion of changing the iconic Hollywood Hills sign to read HOLLYBOOB, say police.

The LAPD made the arrests on Monday after the iconic Hollywood sign was strategically changed to convey what activists say was a breast cancer awareness message. 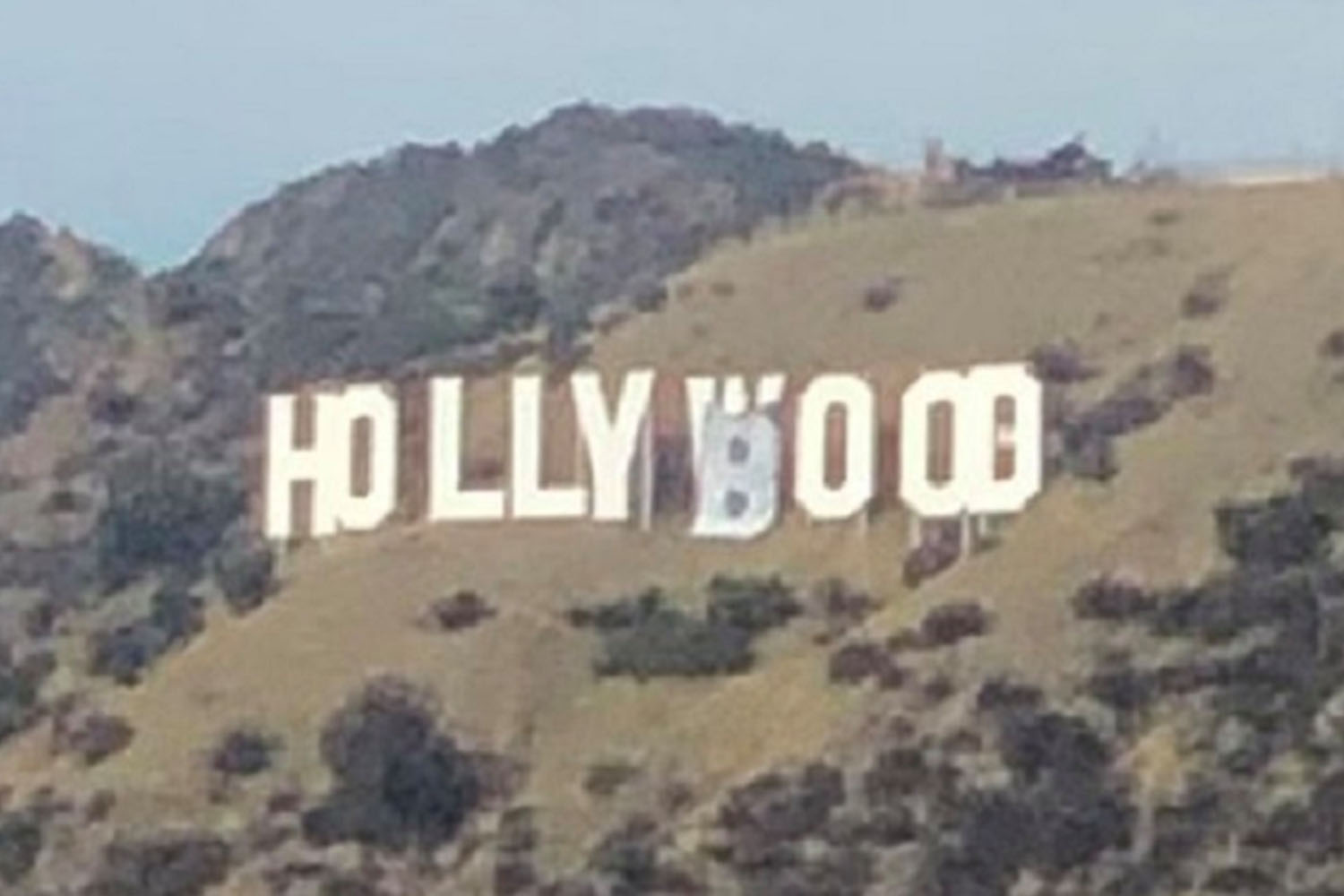 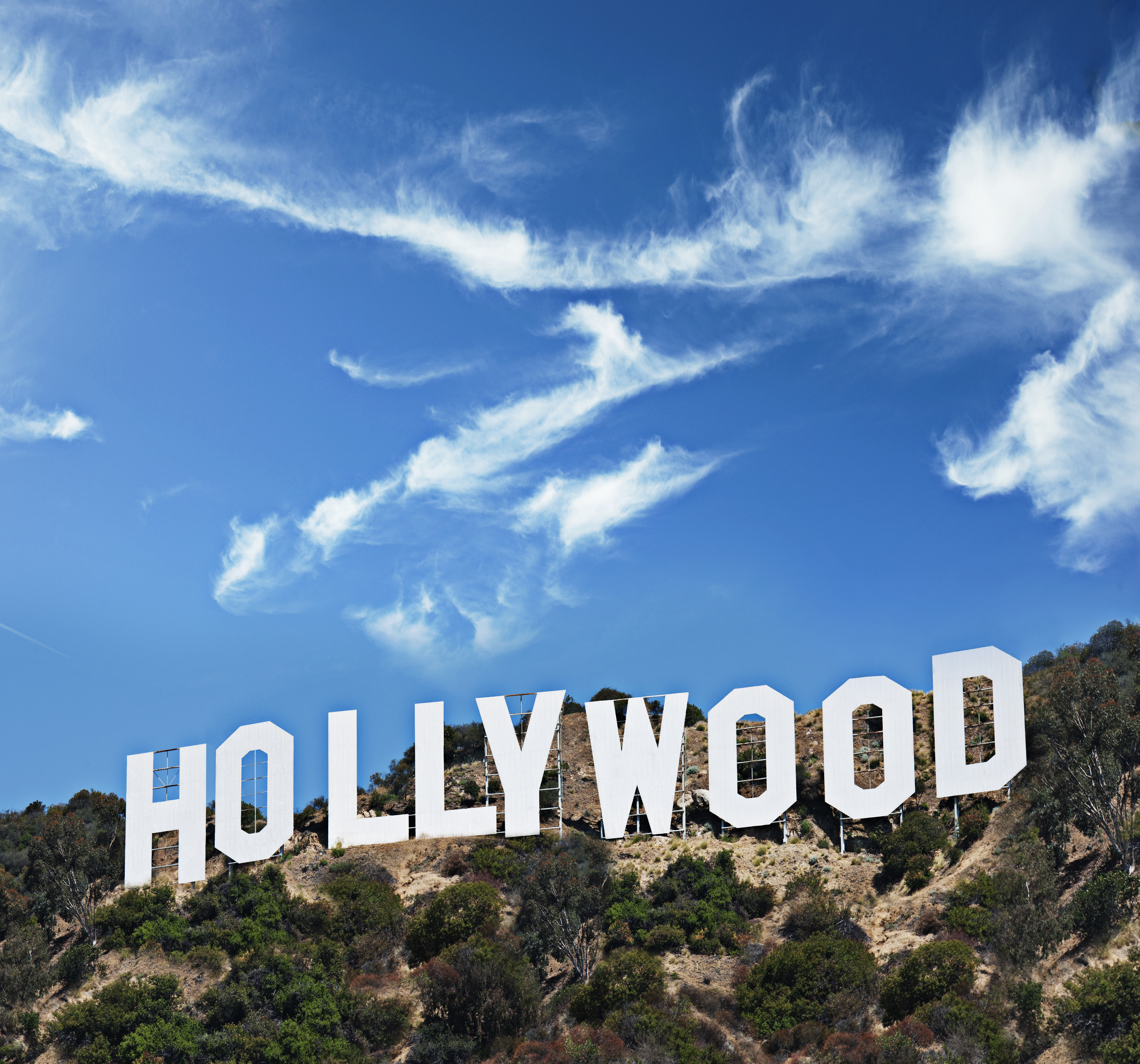 The intrepid pranksters, who scaled the steep terrain high up min the hills over Los Angeles, crudely changed the sign to read HOLLYBOOB – with the message clear to see across the city.

According to NBC Los Angeles, the group were activists trying to raise awareness about breast cancer.

They used large sheets of tarpaulin to make the edits to the sign, with police confirming no permanent damage was caused.

An LAPD helicopter crew called to the scene about 1:15 p.m. directed officers to the participants before they could leave the area.

They were tracked to Mulholland Drive, where they were arrested, according to the Los Angeles Times.

The six suspects – reportedly comprising five males and one female – were taken into custody on suspicion of trespassing. 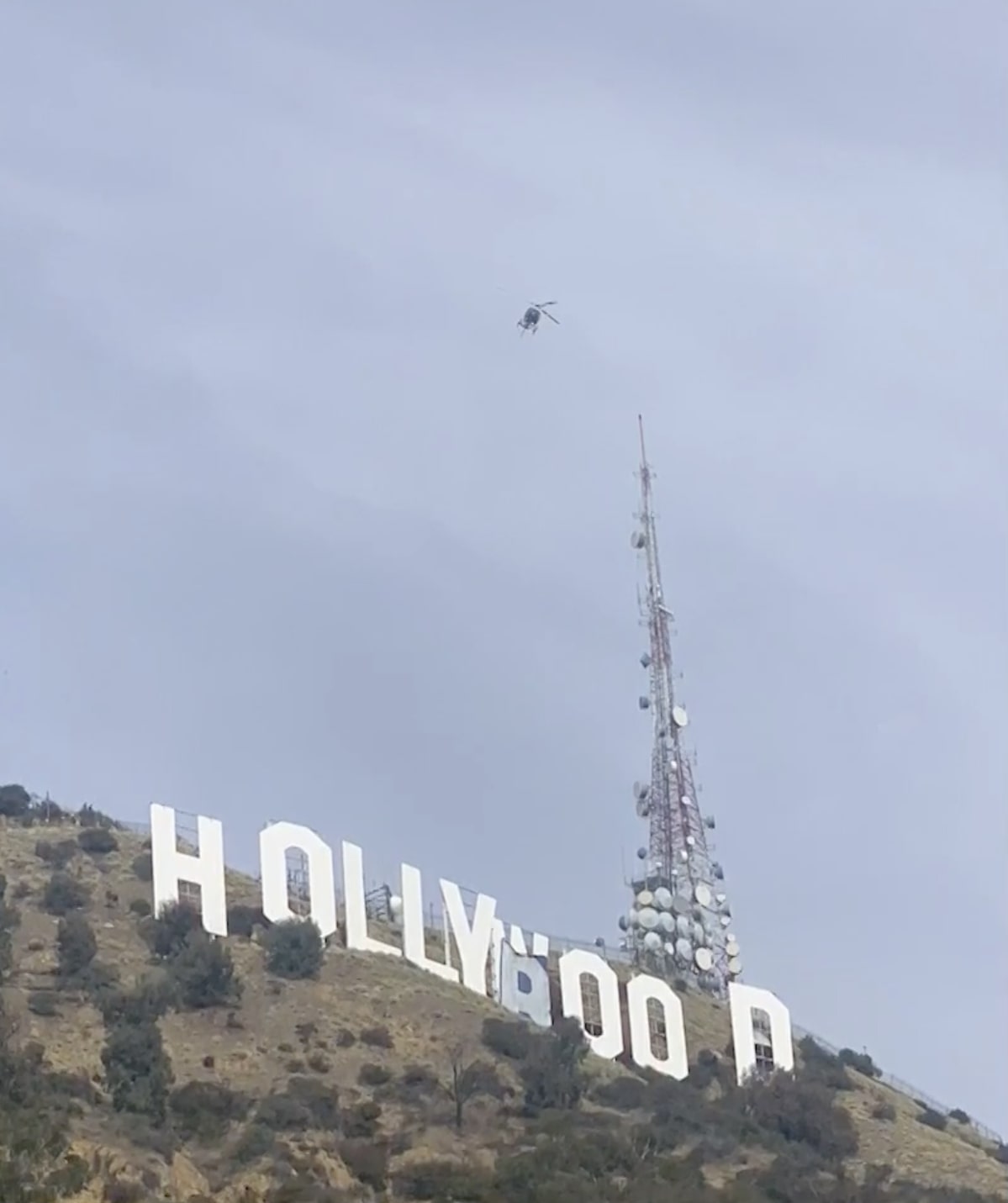 According to reports, Julia Rose – who found fame through the reality show Are You The One? – was arrested at the scene.

Speaking of the stunt, Rose told Mail Online: "This was to show them [Facebook] that I still have a voice.

"My business for Shagmag with almost one million followers also got disabled this year due to nudity, but I’m not doing anything more than what Playboy is doing so I think they’re discriminating against my accounts."

He tweeted: "Los Angeles landmarks are precious to those of us [at LAPD's Hollywood Division] and this was way uncool (not to mention the terrain is quite steep & dangerous)."