Victoria’s corruption watchdog will review the police investigation of a Ballarat officer who was acquitted after punching his neighbour in self-defence and breaking her nose, following a complaint about conflict of interest and concerns about the impartiality of some police involved in the case.

Further concerns have been raised about the four-year delay in the review, which was first confirmed by the Independent Broad-based Anti-corruption Commission in September 2017. 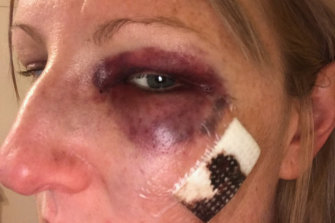 Samantha Mitchell after the 2017 incident.

Sergeant David Berry was charged in 2018 with assaulting his then-neighbour Samantha Mitchell and leaving her unconscious on the footpath following a 12-month investigation of the incident by Professional Standards Command.

However, Magistrate Frank Jones dismissed the charge of unlawful assault at a hearing in June 2019, accepting that Sergeant Berry had acted in self-defence.

Now, IBAC will review the conduct of at least two Ballarat officers involved in the initial police response to Ms Mitchell’s assault and an officer from Professional Standards Command who handled the investigation.

The review is expected to respond to complaints from Ms Mitchell about the relationship between Sergeant Berry and several Ballarat officers, and what bearing, if any, it had on the investigation. 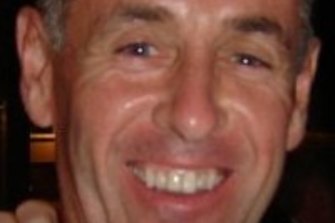 Ms Mitchell also complained to IBAC about the seizure of her mobile phone, without a warrant, by two Ballarat officers in February 2018.

The entire contents of the phone were allegedly downloaded by the officers, including passwords and log-ins to all Ms Mitchell’s applications, which were then saved on a CD. She alleges the officers then wiped the phone by resetting the device to factory settings.

IBAC could also examine why Ms Mitchell was served with an intervention order when she attended Ballarat Police Station to report the assault by Sergeant Berry on May 5, 2017.

The order listed Sergeant Berry as the party in need of protection.

The review process has been dragged out for more than four years because IBAC has been forced to wait for Victoria Police to finalise its internal investigation and return the files. One of the files was only returned last month.

The spokeswoman said IBAC had spoken with the state government seeking the explicit power to conduct reviews and publish outcomes.

“IBAC has discussed with government the need to establish a legislative framework for its review function to advance accountability,” she said.

A spokesperson for Victoria Police declined to comment on the IBAC investigation or the delays.

A 2018 review by IBAC found that police officers involved in deaths or serious injuries to the public were not properly investigated by the force due to “clear conflicts of interest” and most cases failed to include evidence from independent witnesses.

The scathing IBAC audit based on 142 oversight files found there was an “over-reliance on police statements in relation to serious incidents”.

“Many oversights failed to include statements from independent witnesses that could assist in verifying police versions or critically examine police statements against other evidence,” according to the audit.

On Friday afternoon, IBAC Commissioner Robert Redlich welcomed the release of the government’s consultation paper for the review of the state’s police oversight system, which responded to concerns raised in the 2018 report.

“The lack of powers and resources significantly impacts IBAC’s ability to investigate some of the serious police misconduct complaints referred to us, as a result we have to be extremely selective in what we investigate,” he said.

“IBAC recognises the challenges faced by people making a complaint about suspected corruption or police misconduct. Over recent years IBAC has made important changes to our complaints handling to ensure we better focus on the complainant experience,” Mr Redlich said.