Jayson Tatum won the first-ever Larry Bird Trophy on Sunday night, following the Boston Celtics’ Game 7 win over the Miami Heat. Tatum was given the trophy as Eastern Conference Finals MVP, and while it was fitting that he won a trophy named for a Celtics legend, Tatum also paid tribute to another player during Game 7: his personal “idol” and “inspiration,” Kobe Bryant.

Kobe isn’t the most popular player with Celtics fans — the 2010 Los Angeles Lakers were the last team the Celtics faced in the NBA Finals, a series they lost — but that didn’t stop Tatum from wearing a purple armband with Bryant’s No. 24 stitched in gold during Game 7.

Jayson Tatum drew inspiration and paid tribute to Kobe Bryant with a 24 armband during Game 7 💜💛 pic.twitter.com/AS1IjjThvq

Tatum has been greatly inspired by Kobe — he even wore Bryant’s Lakers uniform during the NBA’s 75th anniversary celebration — and explained after the game why he chose to wear the armband.

“Just to have something to show him in the biggest game of my career so far.” 💜💛

“Game 7. Everyone knows how much [Bryant] means to me. He’s my idol and my favorite player. Just to have something to show him in the biggest game of my career so far, and it worked out.”

Tatum also watched film of Bryant before the game.

Jayson Tatum on the Kobe Bryant armband he wore today: “Obviously, that was my idol, that was my inspiration, that was my favorite player. … Today, before I took my nap, I do it sometimes, I was watching film and some moments from him and his career.”

Tatum did one more thing before Game 7, something to connect with Kobe in tangible yet spiritual way: he sent a text to Kobe’s old cellphone number. The message? “I got you today.”

“I got you today” 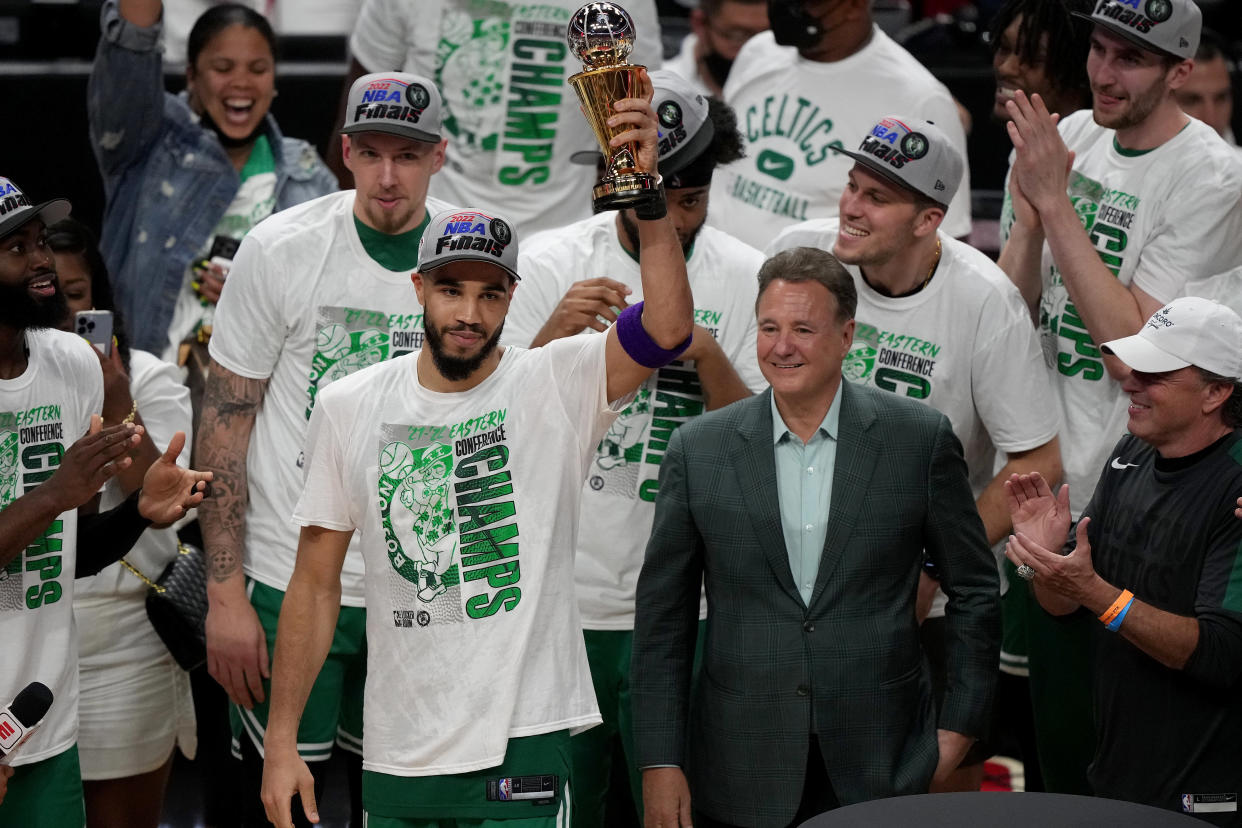