Boris Johnson is said to be ‘deeply concerned’ that the Government will strike a compromise with the EU over Northern Ireland that gives a role to European judges.

The former PM fears ministers are planning to let the European Court of Justice be the final arbiter of EU laws that apply within the province to end the long-running dispute over post-Brexit trade.

The Government is stepping up its efforts to resolve the Northern Ireland Protocol dispute before the 25th anniversary of the Good Friday Agreement in April. 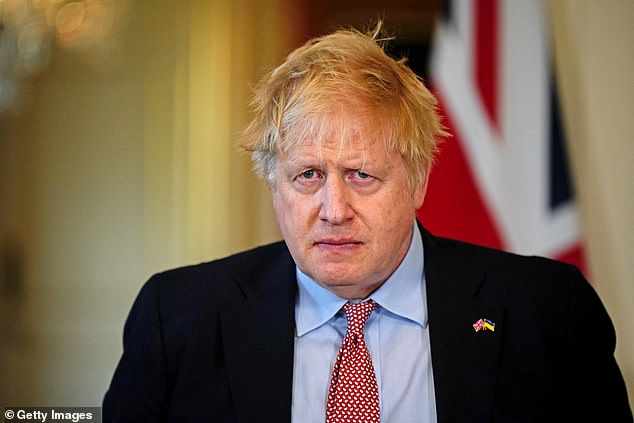 According to The Sunday Telegraph, the draft deal would include a layer of protections to stop the European Commission referring disputes directly to the Luxembourg court.

David Jones, of the pro-Brexit European Research Group, said Mr Johnson may well speak out. ‘The views of any former PM on such an issue are important,’ he added.

This week Northern Ireland Secretary Chris Heaton-Harris is in the US to drum up investment opportunities as well as meeting Joe Biden’s special envoy on Northern Ireland, Joe Kennedy III.

Last week Foreign Secretary James Cleverly met his counterpart in Washington DC to update him on progress made in the negotiations with the EU over checks on goods crossing the Irish Sea. 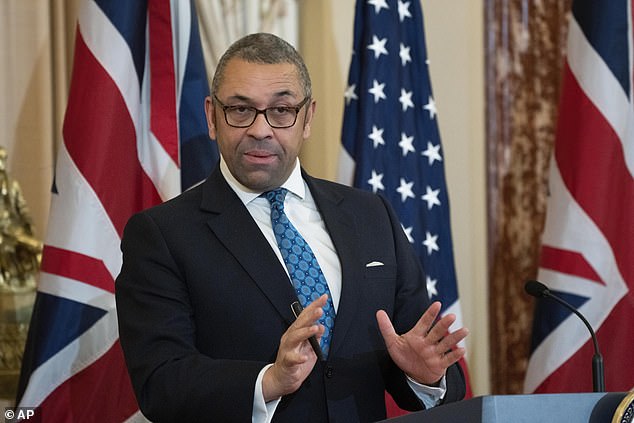 At the same time, however, Brexiteers in the Conservative party are together with the Democratic Unionist Party (DUP) organising their resistance to any concessions that would give the European Court of Justice a role in Northern Ireland.

Last night a Government spokesman said: ‘As we’ve said repeatedly, any solution on the Protocol must address the range of issues including governance and the democratic deficit on how new EU laws apply in NI.’

Ahead of his five-day trip to Washington, Boston and New York, Mr Heaton-Harris said: ‘As the 25th anniversary of the Belfast (Good Friday) Agreement approaches, I look forward to discussing with US stakeholders the UK Government’s plans to mark this significant milestone.

‘The US and UK share a commitment to upholding the Agreement and continuing to transform Northern Ireland for the better.’

Mr Johnson’s spokesman did not respond to requests to comment.