A JOURNALIST has claimed that "incessant bullying and threats" from Governor Cuomo's team forced her to quit her job.

Lindsay Nielsen claimed in a Twitter post on Sunday that she left her post at News10 in Albany, New York, after alleging that she was "harassed and manipulated" by the governor's administration. 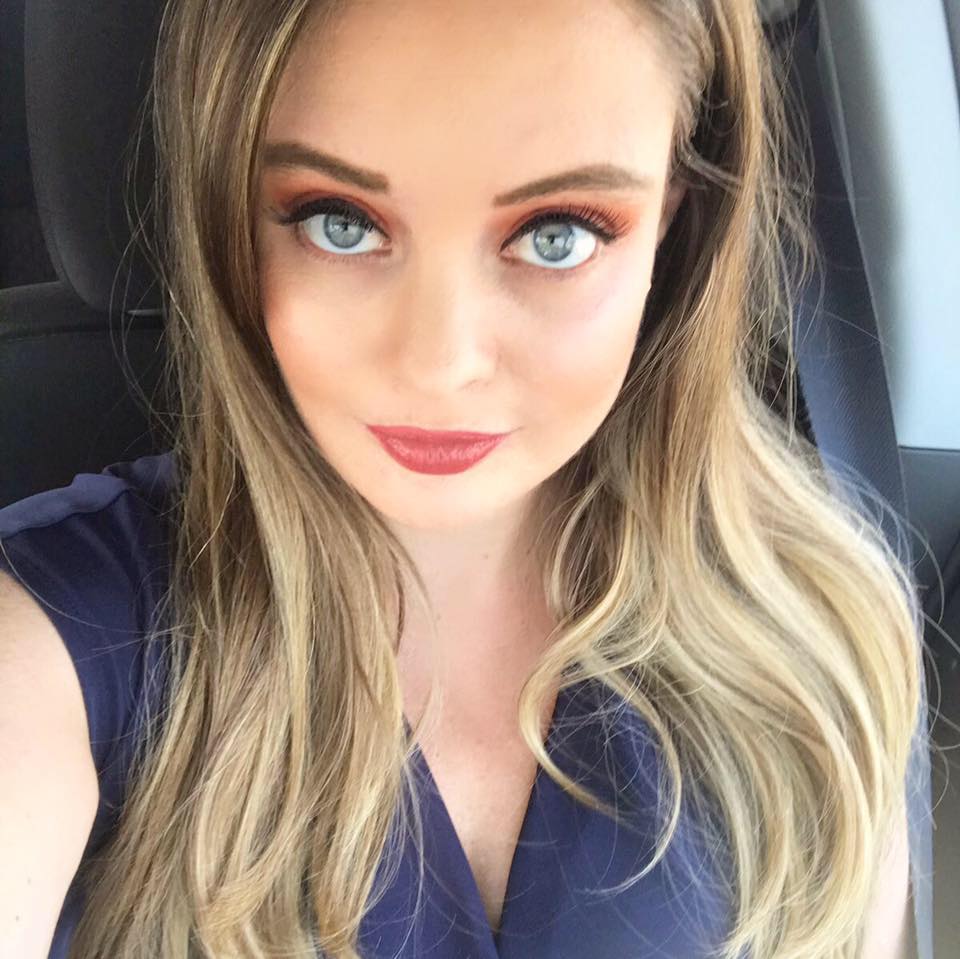 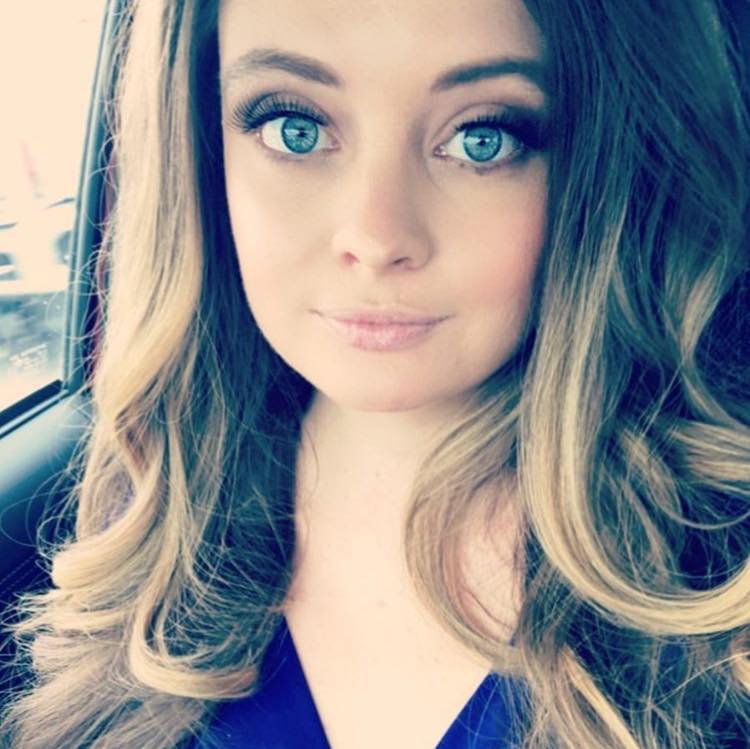 "It was during one of the many accusatory and threatening phone calls I received by his staff members that I realized this behavior was never going to stop," she claimed in a screengrab of a Facebook post.

She added that it was after this call that she decide to leave the ABC affiliate.

"The late night phone calls from the administration, the constant threats to call my boss, the incessant bullying to try and get me to stop doing my job and reporting specific stories… it would never end," she claimed.

Nielsen slammed the team's "tactics" as "deliberate yet evasive," saying that "they skimmed the line of inappropriateness ever so delicately as to make you feel like they were acceptable."

She added that she was sharing her story to let those involved know "it was not acceptable but also that it was damaging."

Nielsen concluded the post by saying: "I applaud those who have come forward recently with reports of similar behavior by the same administration." 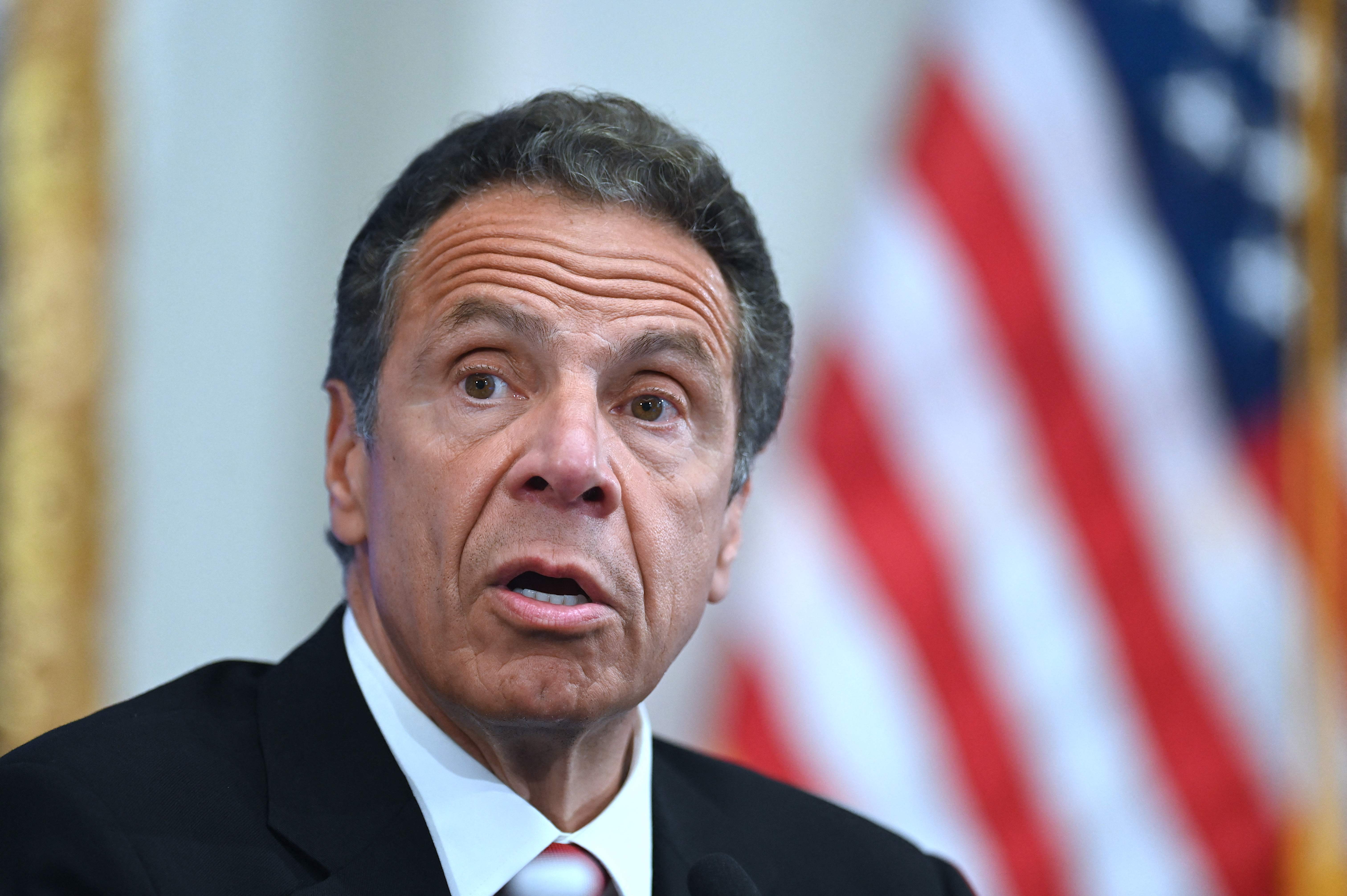 The Sun has approached Governor Cuomo's office, Lindsay Nielson and ABC for comment, but has not yet heard back.

Cuomo has recently been under fire after an inappropriate clip of him asking a female journalist to "eat the whole sausage" in a creepy video that resurfaced after two ex-staffers accused him of sexual harassment.

The New York Governor, 63, is seen insisting News 12 reporter Beth Cefalu scoffs a giant sandwich in front of him in the recently resurfaced footage from a state fair in 2016.

"Will you eat the whole sandwich?" Cuomo asks her.

Cuomo then calls over an aide to give a sandwich to Cefalu, who records the entire interaction on her phone.

"I want to see you eat the whole sausage," Cuomo is seen telling the reporter. 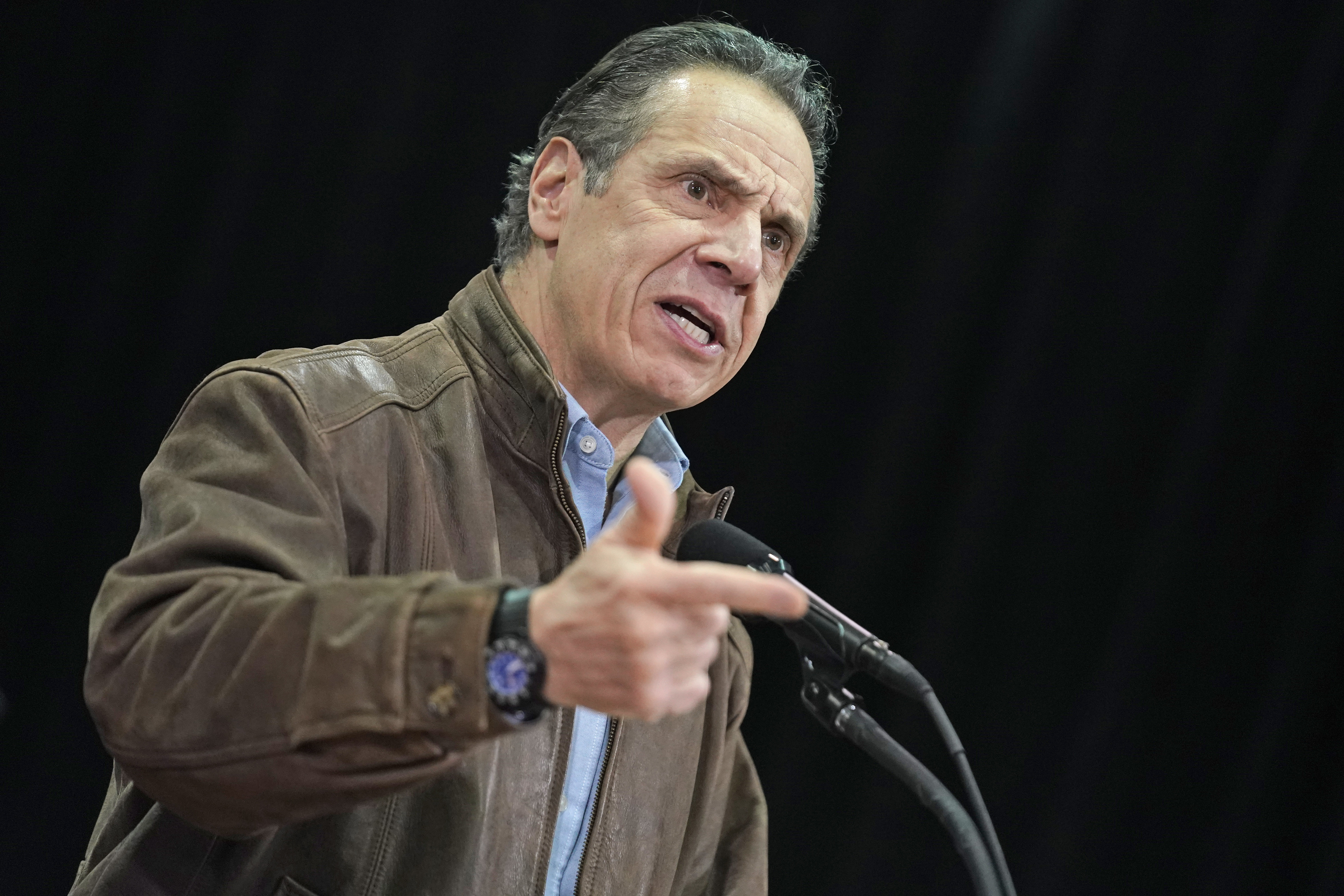 "I don't know if I should the whole sausage in front of you but I'm definitely gonna eat it," Cefalu responds.

In another clip, an aide brings a chair for the journalist to sit next to the Governor.

He stares at her intently and tells her: "no excuses".

Cuomo then introduces the reporter to the county executive and his daughter Michaela.

"I think we're gonna be here a while" says the county executive, and Cefalu responds: "Now there's a lot of pressure on me to eat this sandwich."

Cefalu then asks to take a selfie with the governor, and he jokes: "There's too much sausage in that selfie." 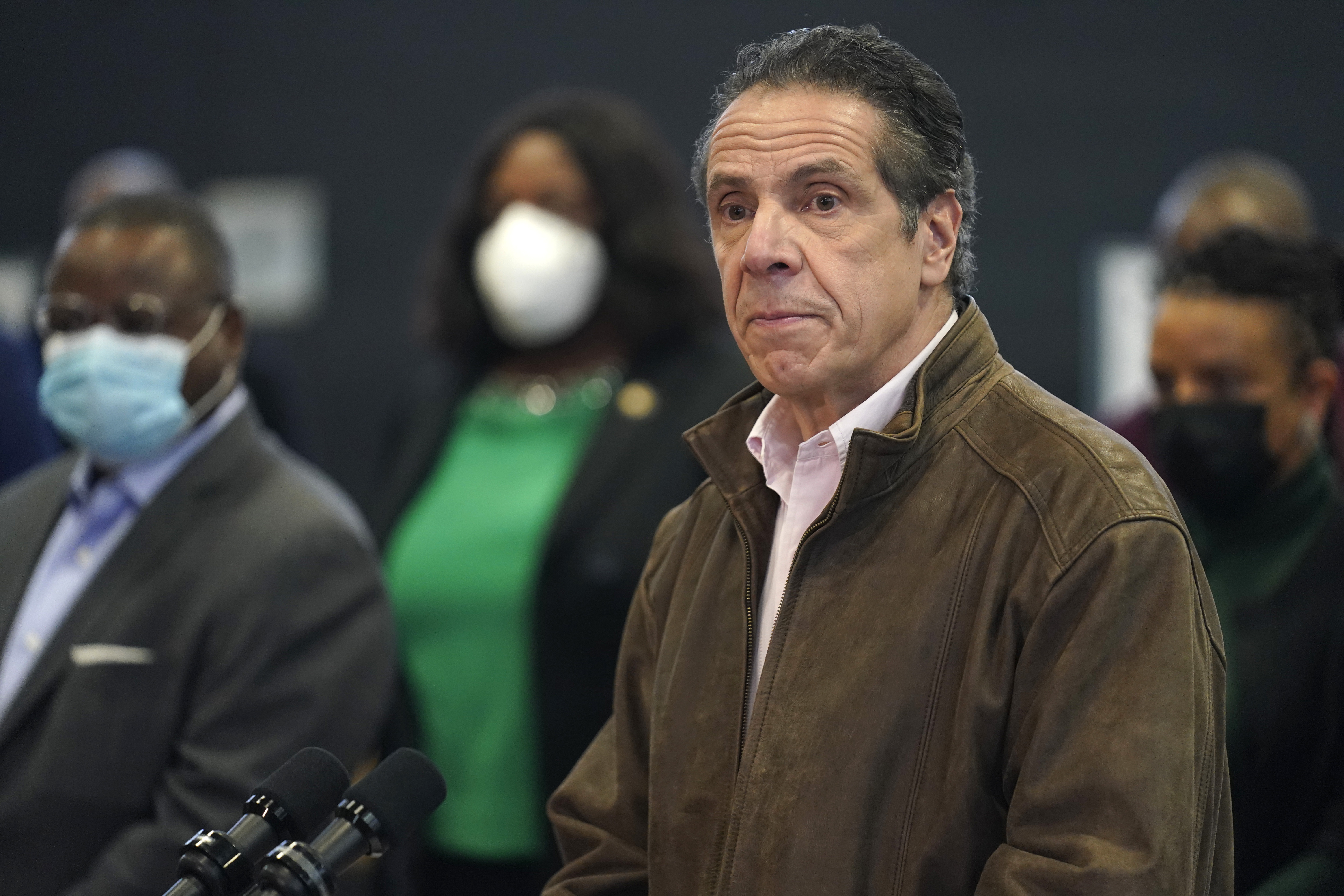 The embarrassed reporter adds: "It's not as easy to eat this in front of all these cameras."

Cuomo goes on to explain how elected officials take a training course called "Eating on camera."

The cringe-inducing video emerged as Cuomo faced a formal inquiry into sex pest claims by two young women who worked in his office.

New York attorney general Letitia James last night said she was ready to hire outside counsel to lead a probe with the power to subpoena witnesses.

Cuomo bowed to pressure to allow an independent probe after his earlier attempt to pick his own investigator sparked outcry.

Over the weekend, the governor issued a new statement confessing to making personal remarks to his staff that were "misinterpreted as an unwanted flirtation." 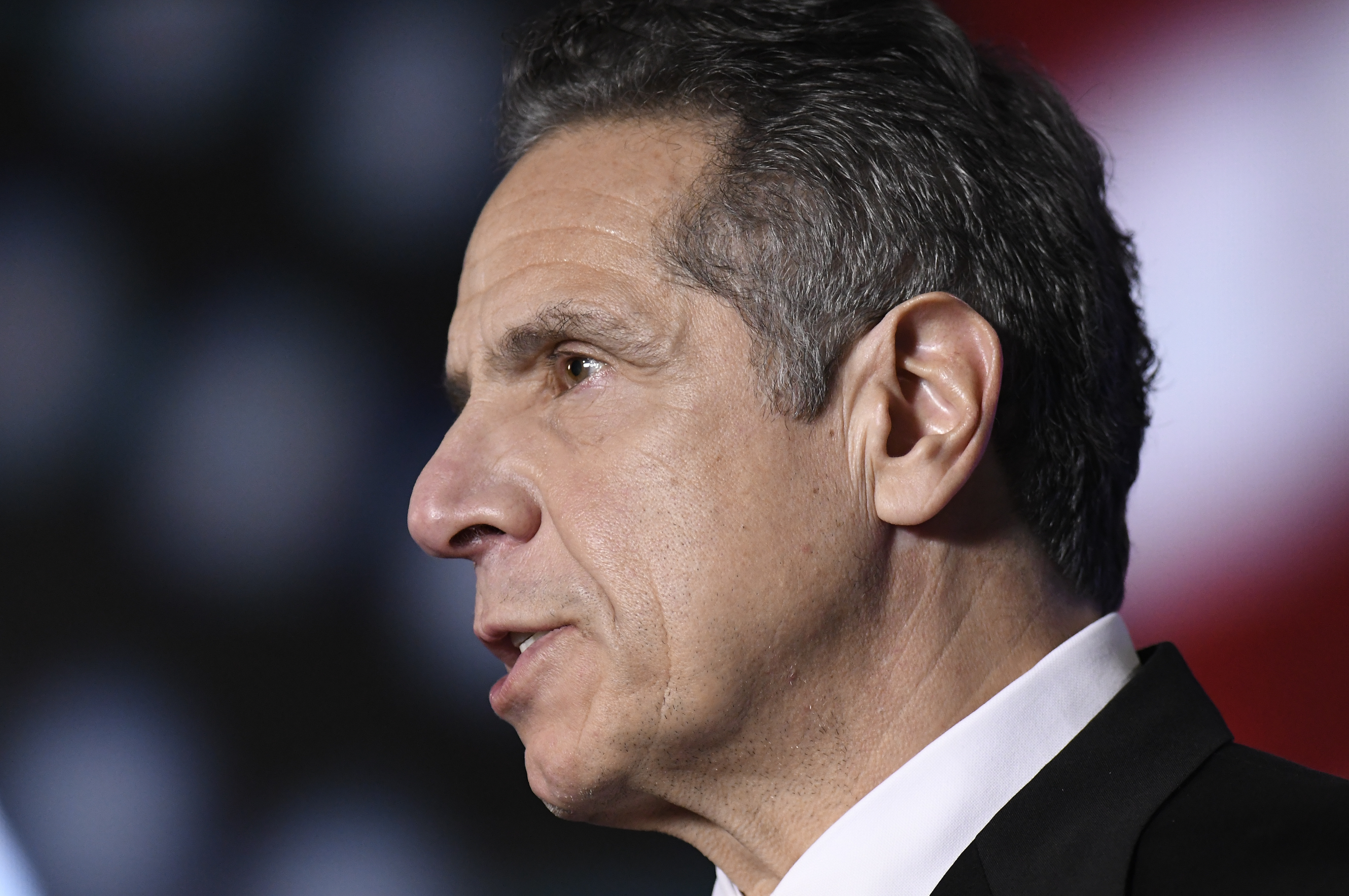 But he dismissed it as "levity and banter" and insists he is not a sex pest.

Cuomo said: “At work sometimes I think I am being playful and make jokes that I think are funny.

“I do on occasion, tease people in what I think is a good natured way. I do it in public and in private.

“I mean no offence and only attempt to add some levity and banter to what is a very serious business.

"I now understand that my interactions may have been insensitive or too personal and that some of my comments, given my position, made others feel in ways I never intended.

"I acknowledge some of the things I have said have been misinterpreted as an unwanted flirtation.

"To the extent anyone felt that way, I am truly sorry about that."