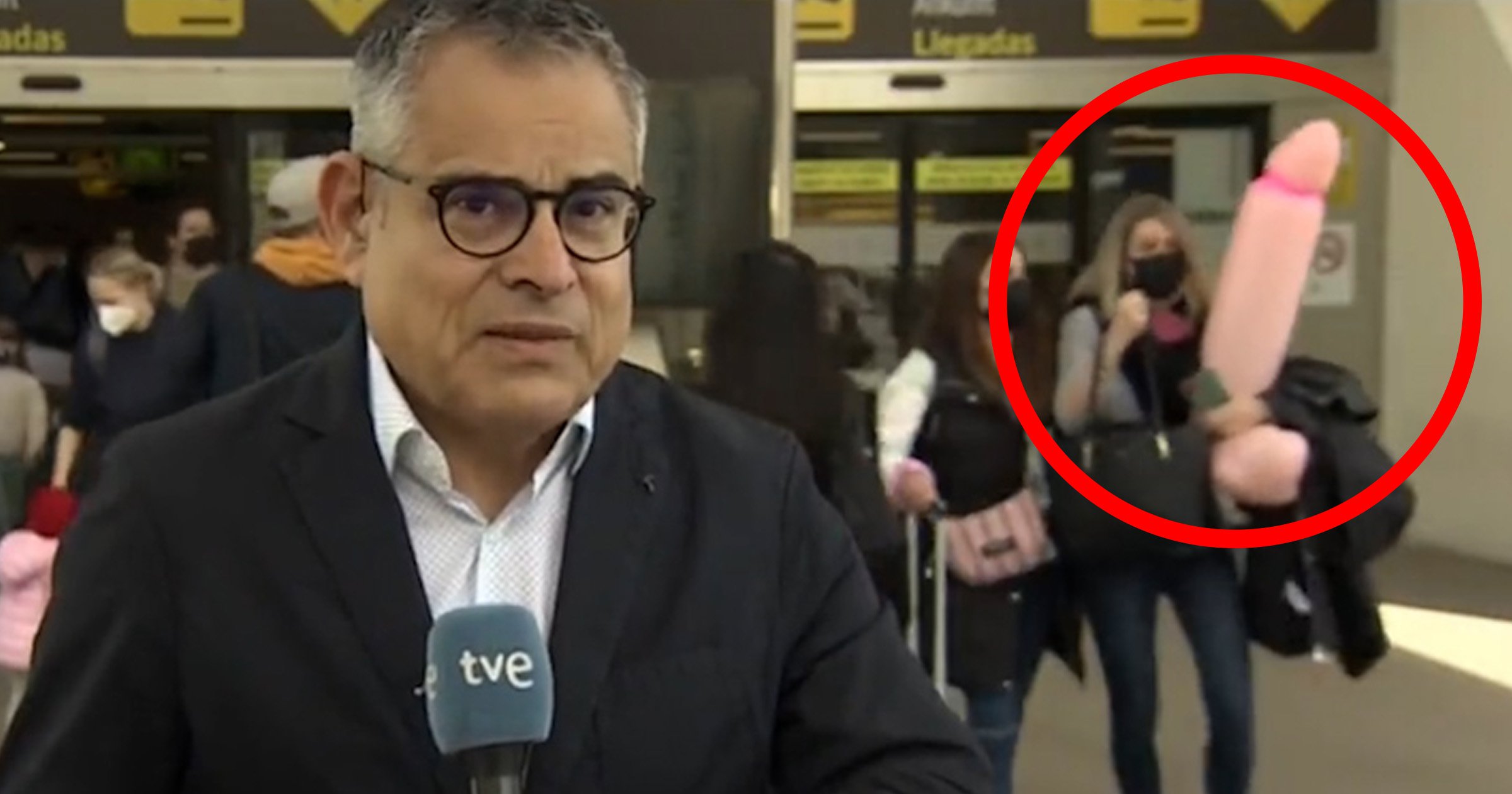 A Spanish TV report was awkwardly gatecrashed by a holidaymaker clinging to her giant inflatable penis.

Reporter Lluis Mestres was in the middle of a live broadcast outside Palma Airport when the women appeared behind him.

She slowly came into view as the veteran journalist discussed the burgeoning influx of international flights to Majorca.

The bright pink phallus grew bigger and bigger as she gets closer to the camera, before scuttling out of view.

The hilarious footage was played on Spanish state-owned TVE’s lunchtime bulletin, which is aired nationally to some 2.6 million viewers every day.

It’s suspected the woman was part of a hen party celebrating on the island, but their identities are currently unknown.

The three airports in the Balearic Islands have almost 10,000 flights expected over Easter weekend.

While this is a little less than Easter 2019 before the pandemic, it is 146% more than the airport saw last year.

There have been reports of long queues at passport control for British travellers as a result of Brexit, in addition to delays and cancellations at airports, caused by staff shortages, in the UK.