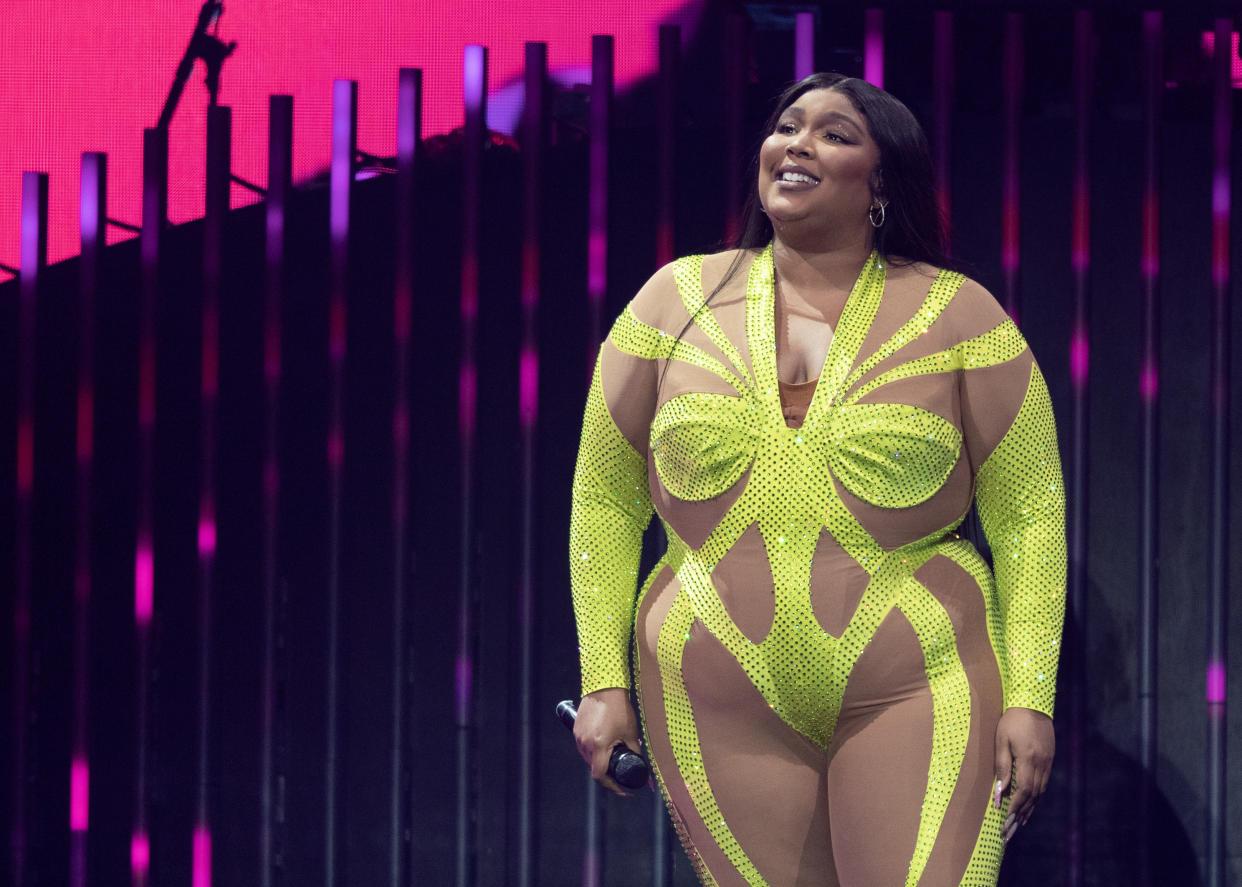 Lizzo is sharing her thoughts on cancel culture, in which a person faces negative consequences for statements or actions that are perceived as harmful.

In a tweet posted on Sunday, the Grammy winner argued that the practice of canceling others has "become trendy, misused and misdirected," overshadowing more serious issues and "real outrage" in the process.

This may be a random time to say this but it’s on my heart.. cancel culture is appropriation.

There was real outrage from truly marginalized people and now it’s become trendy, misused and misdirected.

I hope we can phase out of this & focus our outrage on the real problems.

"This may be a random time to say this but it’s on my heart.. cancel culture is appropriation,"Lizzo wrote on her Twitter account. "There was real outrage from truly marginalized people and now it’s become trendy, misused and misdirected."

The "About Damn Time" singer continued, sharing that she "hopes we can phase out of this and focus our outrage on the real problems." While she didn't elaborate on the topic, Lizzo received a flurry of replies from fans who lauded her take.

We just have to stop using all these big words and return to love and respect for one another.

I’m so glad to hear you say it!

it truly is!!! and it's lowkey negatively sick how people jump to canceling literally anyone without context or even talking/knowing the person just-… touch grass people touch grass

However, there were some detractors.

Unfortunately hun, the bigots have gotten loud so our outrage has to be louder.

While many people believe that so-called cancel culture is promoting accountability by encouraging people to think about their statements before they speak and act, others have condemned it as a form of controlling the dialogue and limiting free speech.

Lizzo certainly isn't the only celebrity who has expressed reservations about the current climate, for a variety of reasons. In a 2021 interview with The Hollywood Reporter, Dakota Johnson called cancel culture a "downer."

"It's just really sad," she said, noting the downfalls of former co-stars Johnny Depp, Armie Hammer and Shia LaBeouf. "I do believe that people can change. I want to believe in the power of a human being to change and evolve and get help and help other people. I think there's definitely a major overcorrection happening. But I do believe that there's a way for the pendulum to find the middle."

Kevin Hart also spoke out in a 2021 interview, noting that he had been canceled "three or four times."

"If somebody has done something truly damaging then, absolutely, a consequence should be attached," Hart told the Sunday Times. "But when you just talk about … nonsense? When you’re talking, ‘Someone said! They need to be taken [down]!’ Shut the f*** up! What are you talking about?

“When did we get to a point where life was supposed to be perfect?" the comedian continued. "Where people were supposed to operate perfectly all the time? I don’t understand. I don’t expect perfection from my kids. I don’t expect it from my wife, friends, employees. Because, last I checked, the only way you grow up is from f***ing up. I don’t know a kid who hasn’t f***ed up or done some dumb s**t.”