The Los Angeles Police Department is investigating after homeowners were attacked in an apparent follow-home robbery by men wearing ‘police-type’ gear and badges.

A neighborhood group that monitors crime along a portion of Los Angeles’ famed Melrose Avenue is moving forward with a plan to install license plate readers along the corridor amid a spike in shootings and brazen robberies.

Melrose Action, which tracks crime and breaking news in the area, raised $32,000 after months of fundraising. The effort is intended to aid Los Angeles police and county sheriff’s detectives with their investigations, said Peter Nichols, Melrose Action co-founder.

“There’s been such a sustained crime wave hitting our particular segment of Los Angeles,” he told Fox News. “First we went through a wave of repeated homicides, then we went through a wave of armed holdups… that targeted tourists and then that morphed into robberies that focused on high-dollar jewelry. People being robbed of their Rolex watches and gold chains just walking on the street would be held up by men with guns.” 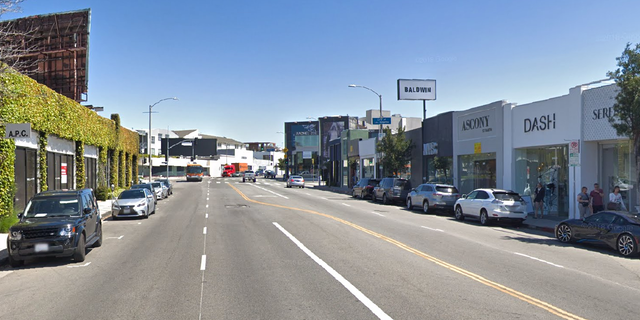 Melrose Avenue, like other parts of the city, has been plagued by robberies and shootings in recent months. Most recently, a jewelry shop was targeted and victims in a separate incident were approached by eight men who robbed them for jewelry and other luxury items.

Both encounters came during an increase in follow-home robberies in which victims are targeted by suspects in prime locations – Melrose Avenue being one of them – and followed home where they are confronted, sometimes violently.

In September, diners at a sidewalk cafe on Melrose were robbed in broad daylight when a pair of armed suspects approached them and made off with their shopping bags in less than 20 seconds. A month earlier, a sneaker store employee was killed during a dispute over a raffle near the cafe.

Jayren Bradford was fatally shot outside a Shoe Palace after he tried to defuse an argument between a group of people. 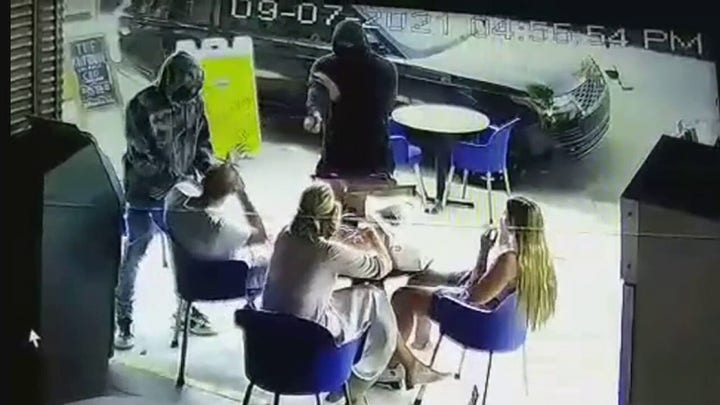 Fox News has reached out to the LAPD for crime figures for its Wilshire Division, which includes the Melrose area.

Nichols also cited the recent trend in smash-and-grab robberies in retail stores. A Nordstrom department store about a mile from the area was hit twice in a matter of days last month.

He said the cameras are being funded through donations from residents. City Councilman Paul Koretz, who represents the area, contributed $10,000 from his discretionary fund, Nichols said. Another $10,000 came from a local businessman.

At least a dozen cameras will be located in the business district and residential areas. The group is contracting with Flock Safety, which provides license plate reader equipment to law enforcement agencies and neighborhood groups such as homeowners associations.

“Our goal is to help our law enforcement partners in helping apprehend these suspects who are terrorizing our city,” Nichols said. 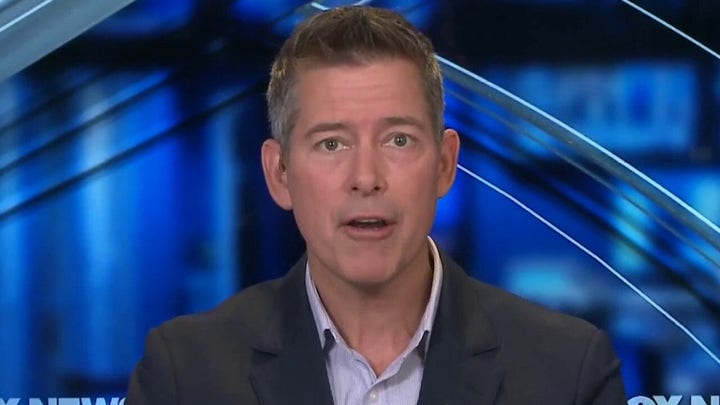 The footage can be accessed by someone designated as the administrator and is deleted every 30 days, according to the company. Melrose Action will assist law enforcement with access to the footage within a day of each request, Nichols said.