London: The World Health Organisation has appeared to tacitly endorse the decision of several countries to impose pre-departure COVID tests on travellers from China, saying it lacked sufficient health data from Beijing about China’s latest outbreak.

From Thursday (Australia time), anyone flying from China, Hong Kong and Macau to Australia will need to provide a negative rapid test taken 48 hours before boarding their flight. 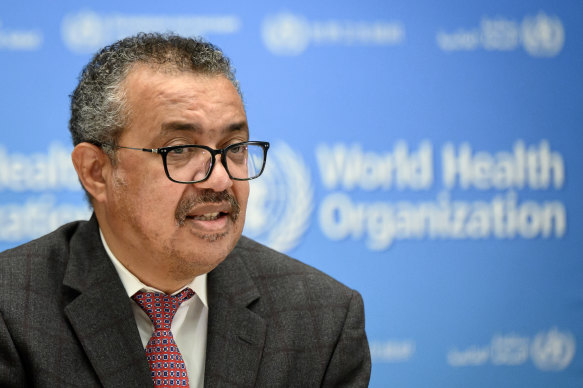 China is reopening to the world on January 8 after two years in self-imposed exile as part of President Xi Jinping’s pursuit of zero COVID. The abandonment of that policy has led to a surge of infections driven by low population immunity and poor vaccination rates.

Data presented by Chinese officials to the WHO on Tuesday said 98 per cent of cases were of the BA.5.2 and BF.7 Omicron strains that are already present in other countries, including Australia.

“With circulation in China so high, as I said last week, it is understandable that some countries are taking steps they believe will protect their own citizens.”

Asked by The Sydney Morning Herald and The Age if this constituted an endorsement, Dr Mike Ryan, who heads WHO’s Health Emergencies program, said countries were acting out of precaution.

“Testing in itself is not a travel restriction,” he said.

“Over the last three years, China’s had very strict testing requirements for entry, so the reality for China now is that many countries have felt they don’t have enough information to make their risk assessments so they’re taking a precautionary approach,” he said.

“[Tedros’] intention was to create an understanding that countries in that situation, it was understandable that they would implement risk-based testing requirements,” he said.

The WHO said it believed China was underreporting its COVID-cases and hospitalisations as well as deaths from the virus, adding that the Chinese definition of attributing a fatality to the virus was narrower than the WHO’s accepted standard.

Australia’s Chief Medical Officer Paul Kelly, consulted New Zealand officials, before advising the federal government against pre-departure testing saying that there was no public health rationale and that it was disproportionate.

But Health Minister Mark Butler went ahead and announced the testing requirements anyway saying it was out of an abundance of precaution and pointing to the WHO’s earlier statements about the lack of Chinese data.

Treasurer Jim Chalmers later added that the move was about bringing Australia into line with its international partners who had already announced the testing.

Late on Wednesday, New Zealand broke ranks with its intelligence-sharing Five Eyes allies and said it would not be introducing tests on arrivals from China as they were “unjustified”.

“We know that BF.7 is the prevalent variant in China and that it hasn’t caused significant outbreaks in other countries that, like New Zealand, have already been exposed to the BA.5 variant,” Verrall said in a statement.

“So public health measures are not required to protect New Zealanders,” she said.

Verrall said that health officials would instead be “temporarily be emailing a random sample of people recently arrived from China to ask them to undertake a RAT test and share that information with health authorities.”

US State Department spokesman Ned Price said that if China wanted the tests removed there was an easier way.

“If the PRC wants to see countries do away with various requirements that have been put in place, there is a way to help bring that about, and that is with additional transparency,” he said.