Parents demanded resignations from the Loudoun County School Board and Superintendent Scott Ziegler at a school board meeting on Tuesday, citing an email that surfaced last week.

In the email, Ziegler alerted the board to a report of an alleged sexual assault in a girls’ bathroom on May 28, about a month before he publicly declared that he had no record of bathroom assaults.

“You have buried a sexual assault to protect your precious 8040 policy,” Carrie Michon, a grandmother of Loudoun County children, accused the school board, referencing a pro-transgender policy. “Every last one of you, resign!”

“You are so concerned with pushing race and gender that you sacrificed our children,” Patti Hidalgo Menders, president of the Loudoun County GOP Women’s Club, alleged. “A girl was sexually assaulted in May, and you all knew about it. The predator was put back in schools to sexually assault another girl. You all should be fired.” 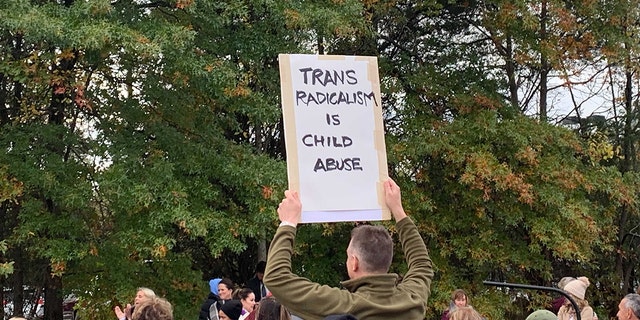 “You just had hundreds of Loudoun County students walk out in protest because they feel unsafe in schools,” local mom Erin Smith said. “Did any of you even respond to this email on May 28 from Dr. Ziegler? Was that email alarming to anyone?”

Smith also addressed School Board Chair Brenda Sheridan, who suggested that parent complaints are focused on the Nov. 2 gubernatorial election.

“We’re not here to impact elections, Brenda,” she said, pledging that parents will keep coming back after the election. “Get comfy because we are not going away.”

“Fire Scott Ziegler for his gross negligence, and if you haven’t hired an attorney yet, I recommend you all find one,” Erin Dunbar declared. 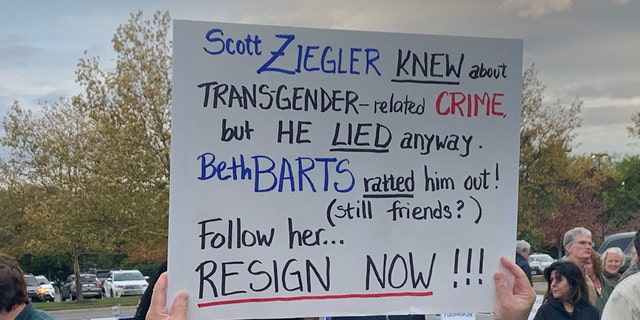 “We demand the resignation of Scott Ziegler,” said Alicia Brand.

Amanda Shallott charged that “LCPS protects rapists,” claiming that the school board “covered up the assault” and “Ziegler lied about it.”

“I call for immediate resignations of Dr. Ziegler and any of you that had knowledge of the rape this spring,” Shallott said. 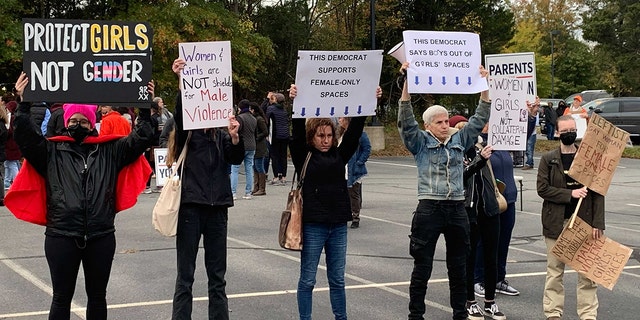 One father of two girls said his daughters and other girls decide to “hold it” rather than going to the bathroom alone.

The parents claimed that Ziegler and the school board covered up — while the board was considering a controversial transgender rule — the report that a male student in a skirt allegedly assaulted a female student in a girls’ bathroom. Prosecutors confirmed that the same young man who stands accused in that May incident also stands accused of sexual assault in an October incident in another school.

After the first incident on May 28, Ziegler sent an email to the school board, saying, “This afternoon a female student alleged that a male student sexually assaulted her in the restroom.” At a school board meeting on June 22, Ziegler declared that to his knowledge, “We don’t have any record of assaults occurring in our restrooms.” 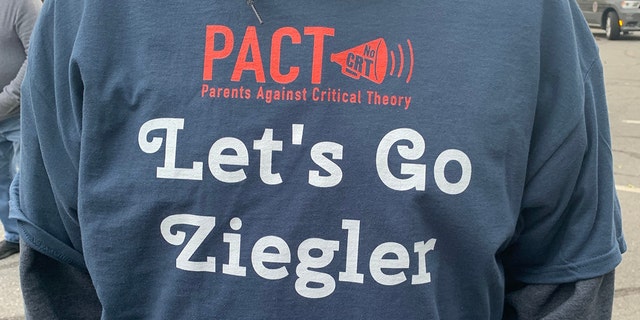 On Oct. 15, Ziegler apologized for these remarks, saying that he “wrongly interpreted” a question “about discipline incidents in bathrooms” because he was too focused on the 8040 controversy.

The school district has denied allegations of a cover-up.

LCPS spokesman Wayne Byard told Fox News on Monday that the school district reported the alleged assaults to the sheriff’s office immediately on May 28 and Oct. 6. Byard noted that Ziegler notified the board, but because “the nature of the incident was still under investigation,” the report “could not be released to the general public” at the time.

The commonwealth’s attorney’s office released a statement Tuesday, addressing the May 28 incident.

“Loudoun County Juvenile and Domestic Relations Court Chief Judge Pamela Brooks found the evidence presented yesterday to be sufficient to sustain two charges of sexual assault,” the statement said. “The boy remains in detention and is due back in court in November.”

Virginia Republican gubernatorial candidate Glenn Youngkin had previously called for the resignations of Ziegler and the school board.

The school board did not respond to Fox News’ request for comment by press time. 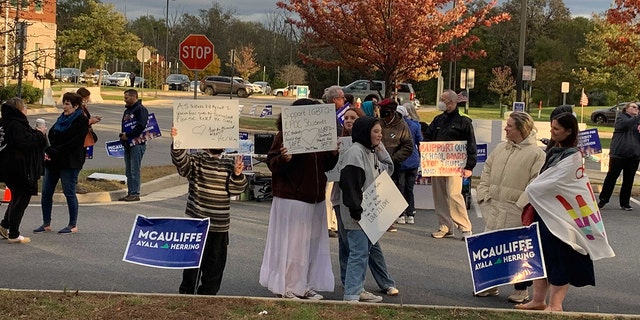