Put ice under your desk fan, turn off the oven… and keep your pillow cases cool in the freezer! Just three of our budget-boosting tips to breeze through the heatwave

The temperature is rising, but that doesn’t mean your bills have to. You don’t need expensive gadgets and energy-guzzling air-conditioning units to get through the heatwave. Here are our nine ways to stay cool – and save money.

1: Turn your desk fan into an air-con unit

Air-conditioning may be the best way to cool a room, but units are expensive to buy and run. You can pick up a decent desk fan for under £20 but the cheapest air-conditioners start at about £250. And a desk fan uses roughly one per cent of the electricity air-conditioning uses. However, there are things you can do to make your fan work a little more like an air-conditioner.

As the temperature drops towards the end of the day and the air becomes cooler outside than in, point your fan towards an open window. That’s a more efficient way of cooling your room. 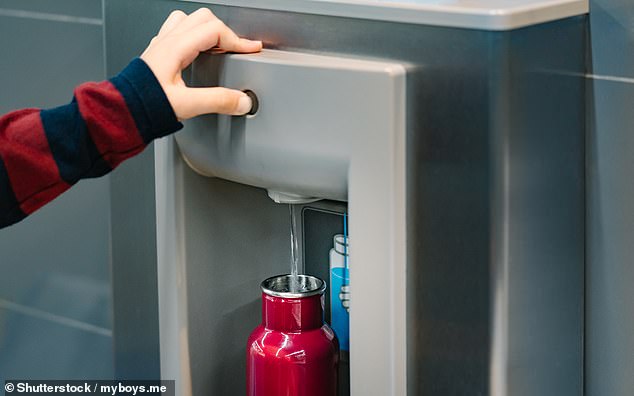 Download the Refill app on your mobile phone before you head out. It will show you the nearest public water fountains and places you can refill your water bottle for free across the UK

You could also try putting a bowl of ice in front of your fan. Julian House, at the discount website myvouchercodes, explains: ‘The air passes over the bowl, circulating cooler air.’ He adds that using a metal bowl could help keep the ice frozen for longer.

2: Hang towels outside your window

Keeping curtains closed during the day blocks out some of the heat from entering your home. But even with the windows covered this way, roughly 90 per cent of the heat still gets through.

It can be even more effective to block the sun from the outside, which keeps it off your windows altogether.

Shutters are most effective, but for a cheap and easy makeshift alternative, you could hang light-coloured towels or sheets outside your south-facing windows.

3: Put your pillow cases in the freezer

Try putting pillow cases, pyjamas and even bed sheets into freezer bags and keeping them in the freezer to help cool you down right before bed. You could even fill a hot-water bottle and freeze it.

Keep your daily moisturisers and sunscreen in the fridge to cool you down when you apply them.

‘Why not put some aloe vera in the fridge as well and get double the cooling? It’s also great for dealing with sunburn,’ adds House. 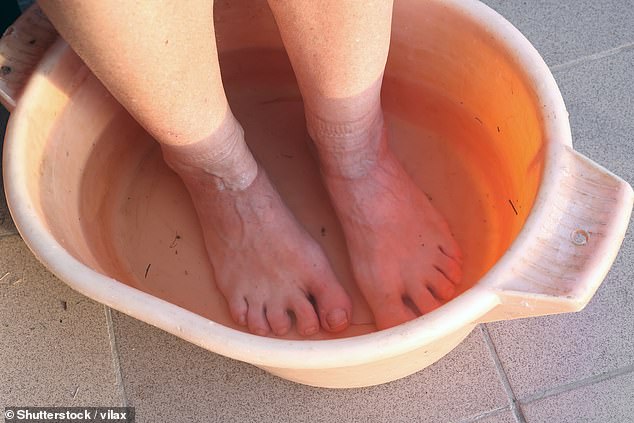 Ankles, feet and wrists have pulse points, so keeping them cool is an effective way of keeping your body temperature down

Ankles, feet and wrists have pulse points, so keeping them cool is an effective way of keeping your body temperature down.

If you are tempted to stand under a cold shower, you may find that putting your feet in a bowl of cold water is sufficient to cool off – and helps to keep your water bills down if you have a meter.

A surprising amount of heat is generated from appliances on standby, such as televisions and PC monitors. Switching them off can help avoid adding heat to already sweltering rooms – and cut your energy bills.

Conventional incandescent light bulbs lose up to 90 per cent of their energy as waste heat. Switch to efficient LED models to cut bills and heat.

Keep the back of your fridge clean and at least 10cm from the wall. Fridges work less efficiently when their coils are covered in dirt and dust. They also have to work harder when they are wedged against a wall – give them space for air to circulate. 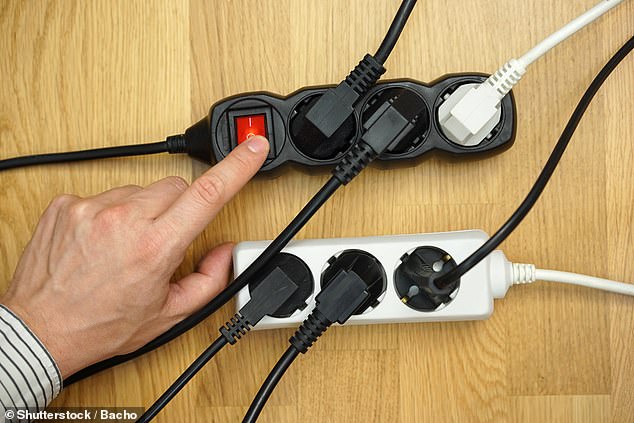 A surprising amount of heat is generated from appliances on standby, such as televisions and PC monitors. Switching them off can help avoid adding heat to already sweltering rooms – and cut your energy bills

6: Only use the car A/C on faster roads

The inside temperature of your car could reach an oven-like 60C in the next few days, according to the AA. So keeping cool on the go is essential. Using your car’s air-conditioning increases its fuel consumption by about ten per cent, says the AA. However, opening the windows is not necessarily a cost-free alternative. Open windows can create drag, which also increases fuel consumption. Deciding which option to go for is a fine balance.

As a rule of thumb, if you are driving slowly – less than about 45mph – open windows is cheaper. But, if you’re driving on the motorway, air-conditioning is more effective. Using air-conditioning is less efficient on short journeys than long as it has to work harder to cool the car in the first place, rather than just keep the car cool.

A spokesman for the AA adds: ‘If you return to a hot car, it’s best to open all the windows when you first drive off to clear the hot air before closing them and turning the air-con on. That way, the air-con won’t have to work so hard and you’ll cool the interior more quickly.’

7: Refill your water bottle for free

Download the Refill app on your mobile phone before you head out. It will show you the nearest public water fountains and places you can refill your water bottle for free across the UK.

Major high atreet brands such as Costa Coffee, Greggs and Morrisons have all signed up to offer free drinking water along with hundreds of National Trust and English Heritage properties. Go to refill.org.uk.

8: Fill up your fridge with water bottles

Fridges work most efficiently when they are reasonably full because refrigerated food helps to maintain the cool temperature.

You don’t need to buy extra groceries – just fill up spaces with bottles of water. That way you’re also stocked up with cold drinks to cool down throughout the day.

However, don’t fill your fridge so much that you can’t easily see what is in it. Otherwise you’ll lose cool air while you’re rooting through to find things. About 75 per cent full is ideal. Make sure the seals around your fridge and freezer doors are intact, too. In this heat, hot air will get in quickly and make the fridge work harder to stay cool. 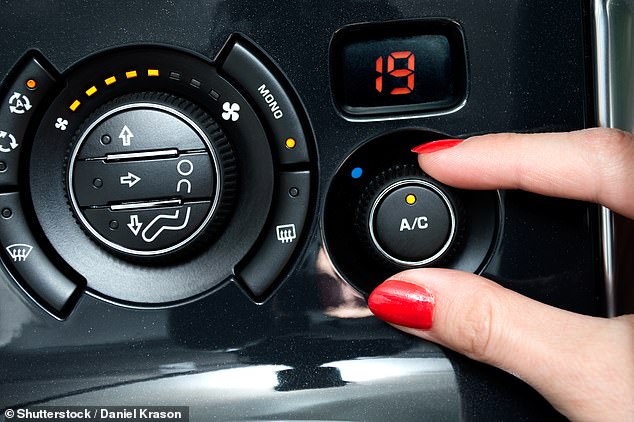 The inside temperature of your car could reach an oven-like 60C in the next few days, according to the AA. So keeping cool on the go is essential

It sounds obvious, but do keep your oven off in this weather and use the microwave, barbecue or eat cold meals such as salads instead. Opting for a microwave or BBQ has the advantage of not heating up your home when you cook. And microwaves use far less energy to heat food than ovens, so you will be saving on household bills.

Salads have a high water content, which helps to keep you hydrated. Nutrition expert Penny Weston, who runs the Made Wellness Centre in Staffordshire, says: ‘As well as drinking plenty of water, make sure you eat foods such as cucumbers, which are 95 per cent water, tomatoes, watercress – where the clue is in the name – and apples, which are 85 per cent water.’

Dr Ross Perry, medical director of Cosmedics, adds: ‘Keep meals light as heavy meals will only keep you awake and stop you from getting a good night’s sleep when it’s hot.’