Manchester City fullback João Cancelo and his family reportedly found themselves in a scary situation on Thursday, and he unfortunately did not escape unscathed.

Cancelo shared a photo of himself with a cut and bruising around his right eye on his Instagram story, with a caption explaining he was assaulted by "four cowards" while with his family. Per Cancelo, the burglars took his jewelry after hurting him when he tried to resist. 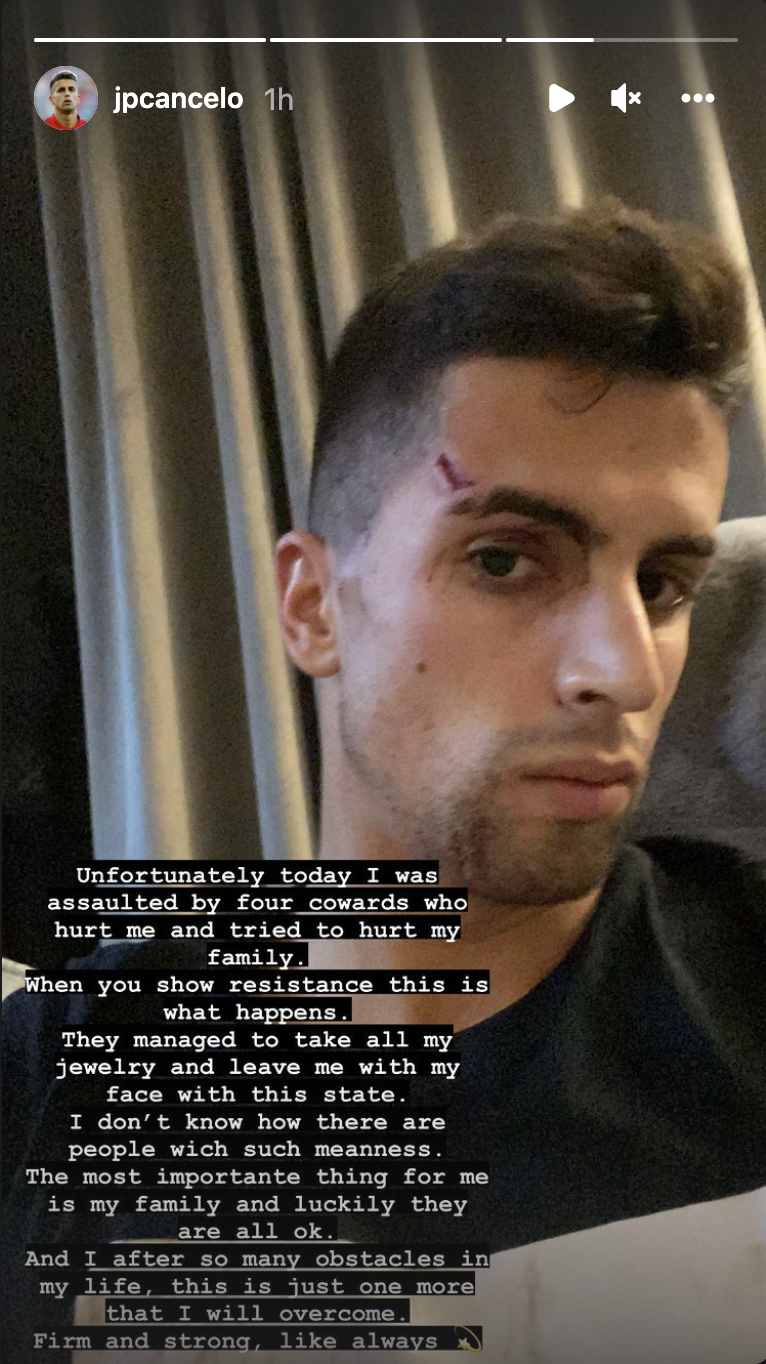 Unfortunately today I was assaulted by four cowards who hurt me and tried to hurt my family. When you show resistance this is what happens. They managed to take all my jewelry and leave me with my face with this state. I don't know how there are people with such meanness. The most important thing for me is my family and luckily they are all ok. And after so many obstacles in my life, this is just one more that I will overcome. Firm and strong, like always.

Shortly after Cancelo posted his story, Manchester City published a tweet describing the assault as a burglary at Cancelo's home and pledging support for their player.

Joao and his family are being supported by the Club and he is helping the police with their enquiries as they investigate this very serious matter. (2/2)

Cancelo has played for Manchester City since 2019, when he joined the team on a transfer valued at £65 million. He remains one of the best fullbacks in the world, earning PFA Premier League Team of the Year honors last season with the Premier League champion squad.