A MASS grave that held the bodies of 80 British soldiers has been discovered in a Dutch castle moat.

The 220-year-old skeletons were discovered in the Dutch city of Vianen and date back to the battle against French revolutionaries. 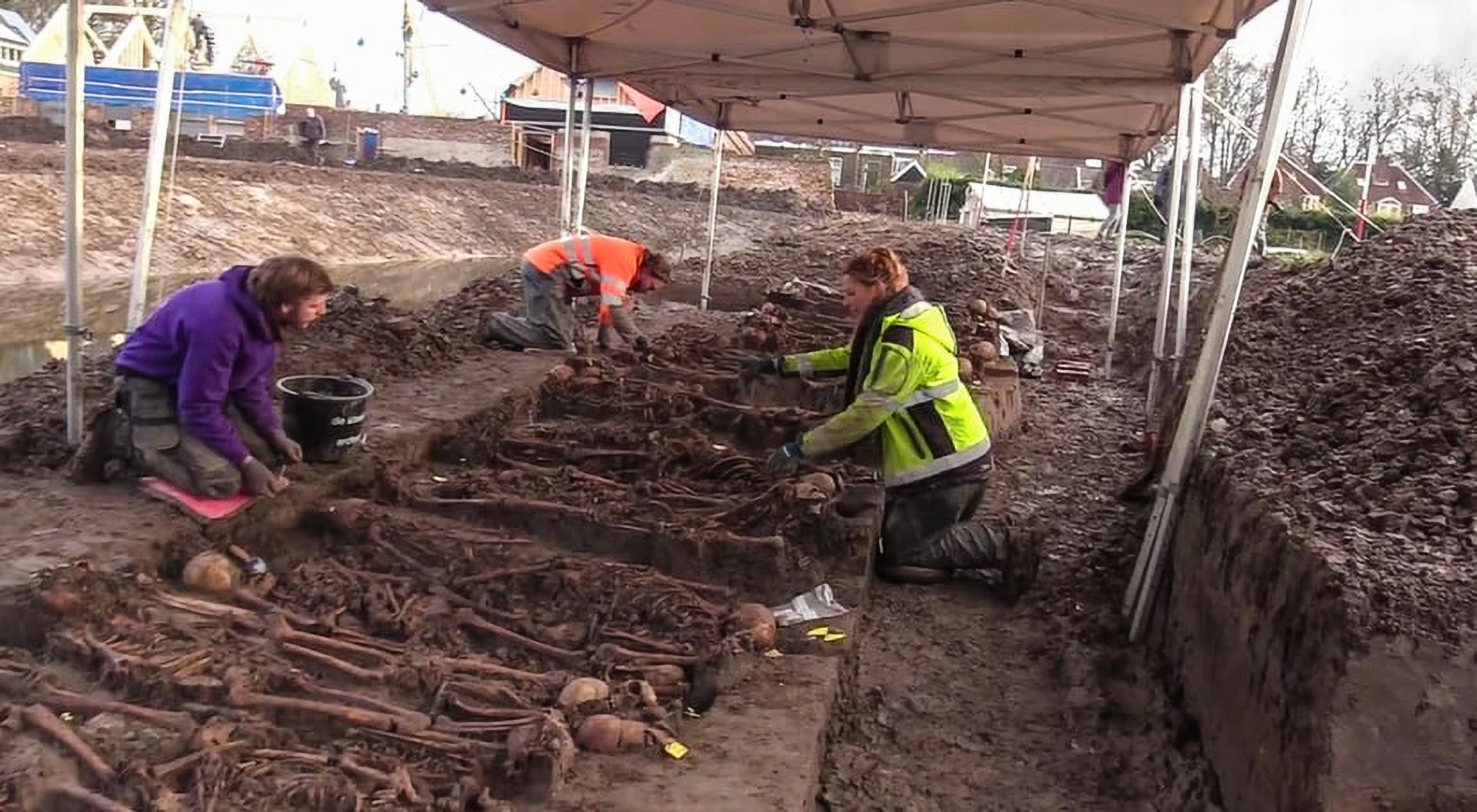 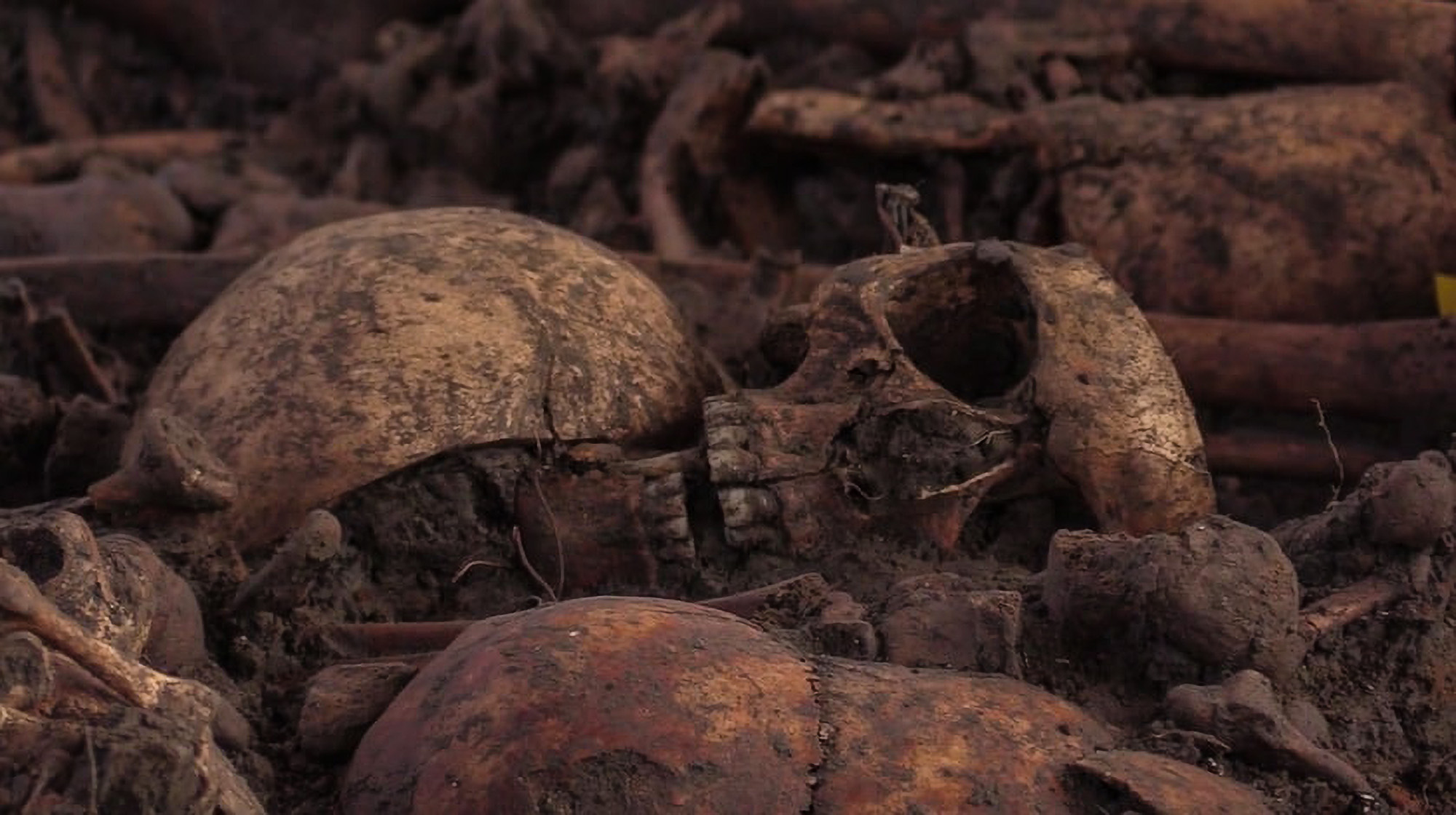 The British soldiers who died were aged between 15 and 30 and had been killed during the War of the First Coalition.

More than 80 skeletons found in a mass grave in the Dutch city of Vianen have been identified as British soldiers aged between 15 and 30 who died fighting French revolutionaries during the War of the First Coalition.

The grave was first found by city workers excavating a moat just outside the grounds of the 14th century Batestein Castle on 20 November last year.

It was previously speculated that the 81 skeletons could have dated back to medieval times.

However, new research has shown that the mortal remains of 15- to 30-year-old males in fact belong to British soldiers fighting in the War of the First Coalition between 1792 and 1797.

The marks found on many of the bones at the site were previously believed to have been the result of violent clashes.

We think that many soldiers here died from their wounds, but also from all kinds of hardships such as hunger, disease and frostbite.

However, it is now known that in many cases they were saw marks, the result of medical procedures such as autopsies and amputations.

The team working on the project has concluded that the site was a field hospital.

Project leader Anne-Floor van Pelt said: "The site was therefore not the battlefield itself, but a place further away where the wounded from the fray were received and treated.

"It would not have been a nice place.

"We think that many soldiers here died from their wounds, but also from all kinds of hardships such as hunger, disease and frostbite."

The remains are believed to belong to English soldiers battling the French on Dutch territory.

The British authorities have been informed of the find and will collaborate with researchers on the project in the hope of revealing more details.

According to Van Pelt, the breakthrough came when marks were found on the victims' teeth.

She said: "They showed that the men smoked pipes. Pipe tobacco only appeared in the Netherlands from around 1600.

"Tobacco was an expensive stimulant, so initially only the rich smoked pipes. It only became common among the population from 1690. For that reason, the grave cannot be older."

A search of digitised newspaper archives has revealed that the establishment of a field hospital was discussed in the 'Amsterdamse Courant' on 28th December 1794.

British ambassador to the Netherlands Joanna Roper wrote on Twitter: "An extraordinary find – the remains of 18th century soldiers on Dutch soil.

"Glad to see the UK & the Netherlands working together to identify and preserve them with dignity and respect." 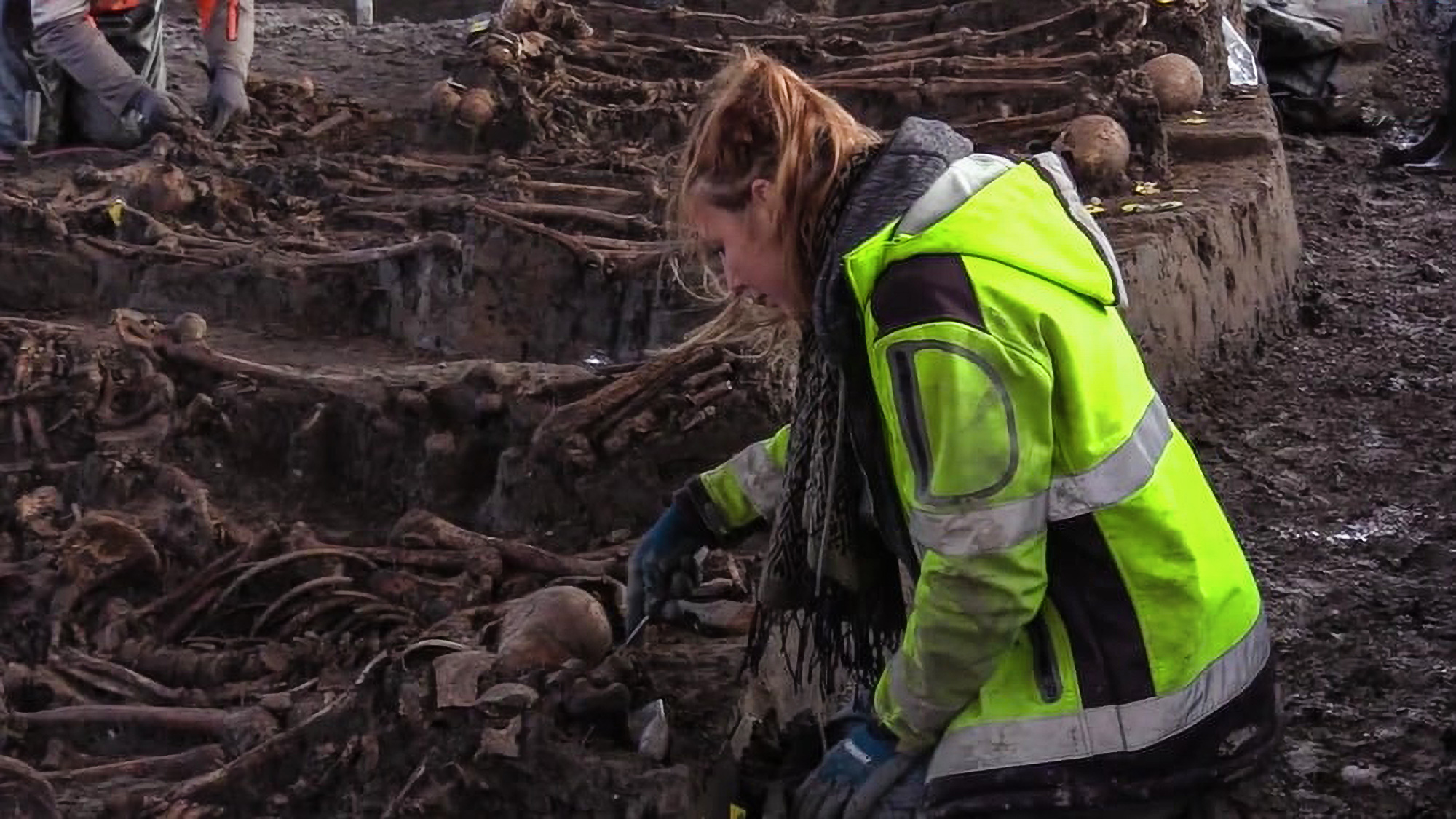 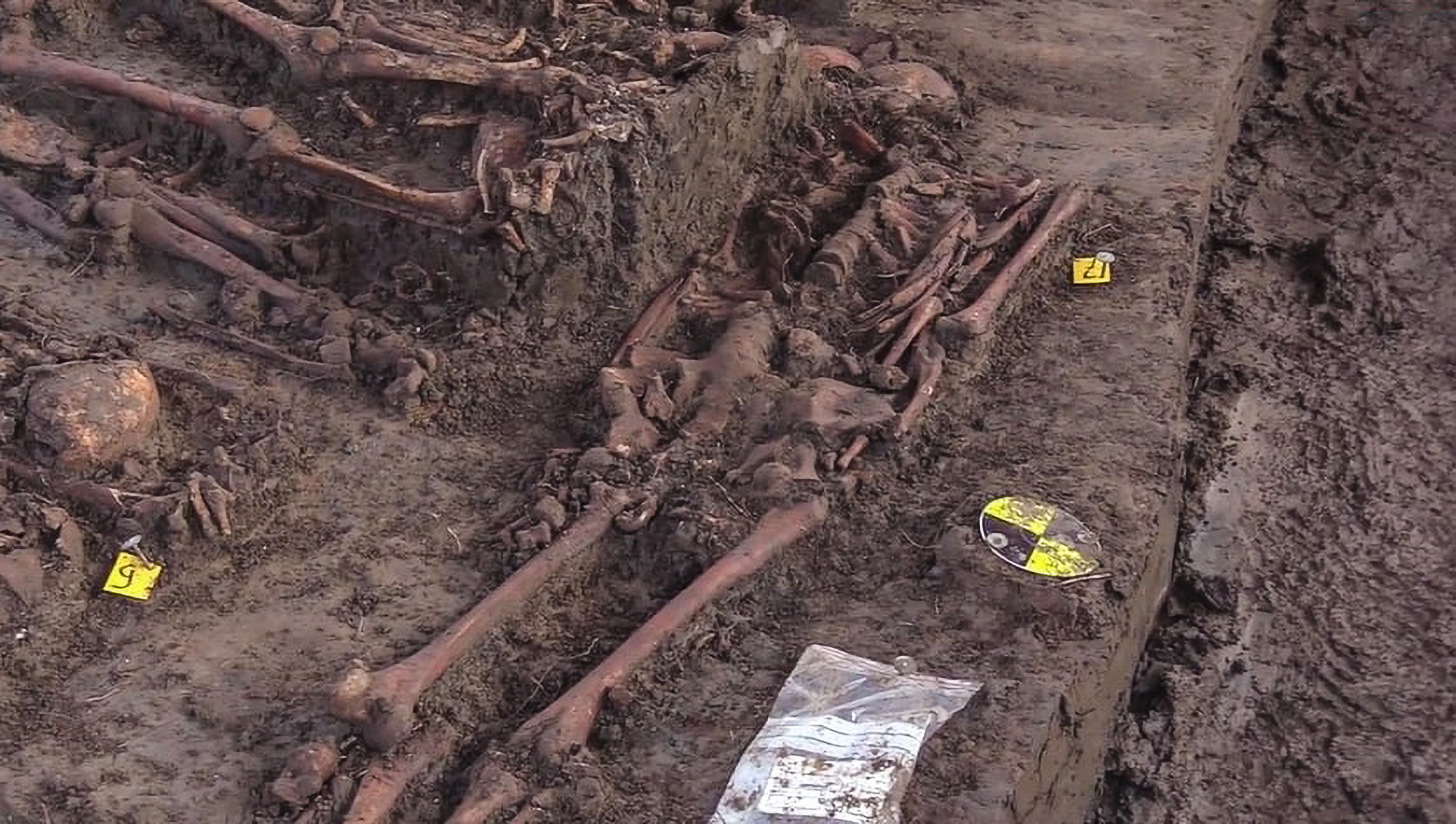 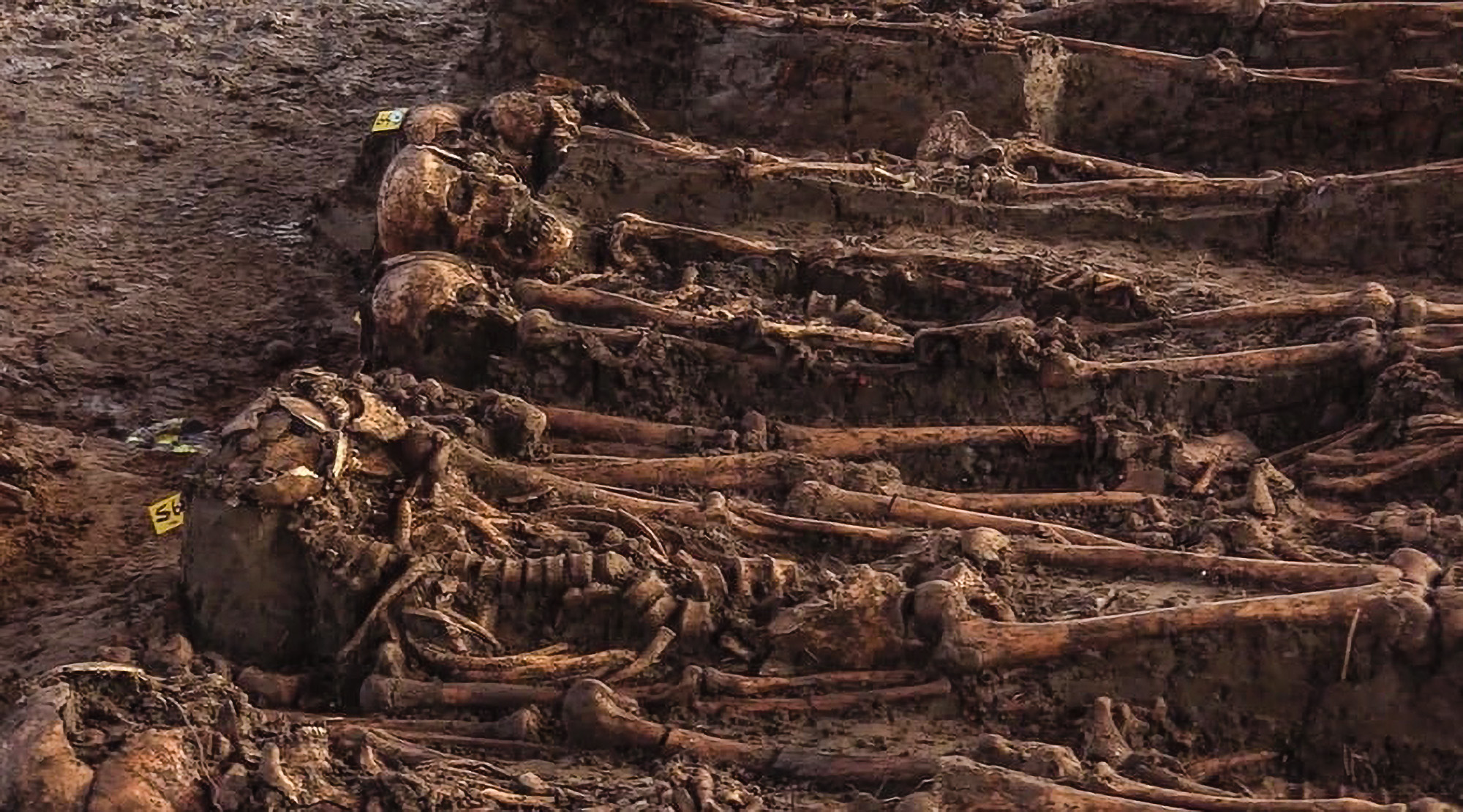 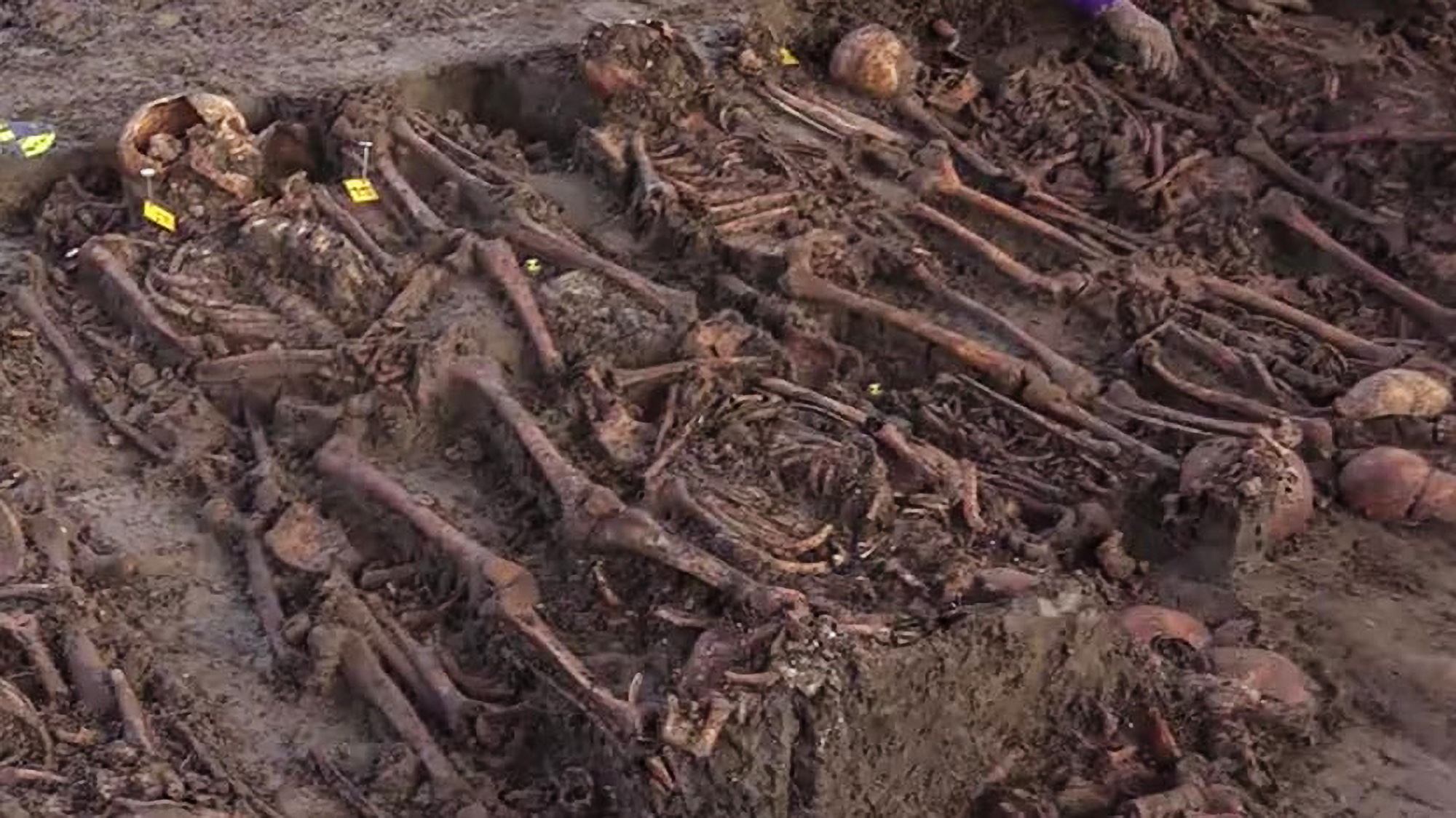