It’s a form of colonialism to tell us Africans what to do with our wildlife: As a parliamentary committee calls for an end to trophy hunting, leading conservationist MAXI LOUIS argues that far from protecting big game it will guarantee its destruction

Western culture is peppered with examples of heroic lions, from Aslan in The Chronicles Of Narnia to Simba in The Lion King.

As a result, the average European sees the proverbial king of the jungle as a noble beast, with admirable qualities of strength, fearlessness and majesty.

Africans like me, however, have a rather more nuanced relationship with the ultimate big cat.

Yes, we perceive its beauty and power, but we also know the lion as a child-killer, a slaughterer of livestock and — in rural areas — a source of constant fear.

It is the same story with elephants. Children in the West are brought up on a diet of huggable pachyderms such as Nellie The Elephant, Babar and Dumbo.

But to Africans, they are also seven-ton vandals which can destroy an entire maize field in less than an hour. 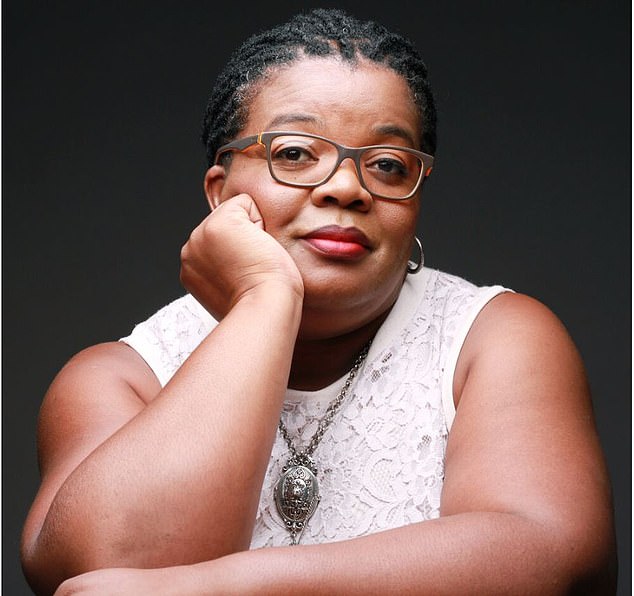 This contrast between the romanticised vision of big game so prevalent north of the Mediterranean and the more hard-nosed attitude to be found in the countries where they run wild, has never been more stark than in the current debate over trophy hunting.

Opposition to big game hunting has grown exponentially in Europe and the U.S. in recent years, especially since the story of Cecil, the Zimbabwean lion that was hunted and killed by American dentist Walter Palmer, emerged in 2015.

Five months after the killing of Cecil, the U.S. Fish And Wildlife Service added lions in West and Central Africa to its endangered species list, making it more difficult for American citizens to legally shoot them on safaris.

Now, animal rights groups are intensifying their campaign for a ban on the importation of hunting trophies and social media is abuzz with anti-hunting videos, memes and emojis.

Basically, the West is trying to put a stop to a practice that has economic benefits for millions of Africans via the sale of hunting licences — and the UK is at the forefront of this trend.

On Wednesday your all-party parliamentary group on banning trophy hunting reported that companies founded in the UK are selling trophy hunting holidays for tens of thousands of pounds and claimed that ‘a well-funded and orchestrated campaign’ is thwarting attempts to introduce a trophy ban.

Its report followed the tabling of a private member’s bill by the Conservative MP Henry Smith earlier this month aimed at banning the importation of hunting trophies.

The Netherlands already bans trophies from approximately 200 species and other European countries, such as Belgium and Italy, have announced plans to introduce similar legislation.

We Africans may have thrown off the yoke of colonialism but it seems that our former masters remain determined to dictate how we should live our lives.

But this is not just a debate over whether dentists should be allowed to mount a lion’s head on a polished wooden board and hang it above the fireplace in their living room, but how the human beings who live cheek by jowl with these magnificent beasts in their natural habitat can be supported in their efforts to conserve them.

For the truth is that revenue raised from the sale of hunting licences plays a vital role in funding anti-poaching patrols, preserving uncultivated land and introducing protective measures such as the de-horning of rhinos.

This may sound counter-intuitive but without the money raised from conservation hunting in Namibia, where I work as a conservationist, our rural communities would simply despatch all the cow-killing lions and crop-trampling elephants and rhinos in their local areas and turn the land over to agriculture.

For while there appears to be a perception in the West that vast tracts of territory in southern Africa are ownerless wildscape, nothing could be further from the truth. Every piece of land is occupied and the owners need to make a living from it in one way or another.

Western activists also need to understand that it is poaching and illegal wildlife trafficking, not trophy hunting, that is the greatest threat to the survival of Africa’s wildlife.

In Namibia, we have some 600 game guards paid for by the revenues from conservation hunting, and they work with members of their local communities to be our eyes and ears on the ground.

While I understand the emotions that motivate animal rights activists and the Western tourists who flock to Africa to see our big game, they should also be aware of the difficulties of living among wild animals in rural Africa.

One of my colleagues was recently in a meeting on the outskirts of Kasungu National Park in Malawi, when two female attendees asked to leave early.

It transpired that they were extremely nervous about returning to their village as it had recently been the target of a series of lion attacks.

It is not uncommon for old males — too frail and slow to kill and feed on wild animals — to move closer to villages in order to prey on domestic livestock.

What few Westerners understand about rural Africa is that up to 70 per cent of the continent’s wild animals live outside the national parks that tourists visit.

They roam the bush with impunity — and all too often they attack and kill humans.

Cattle herders are particularly at risk because they have to go wherever they can find grazing for their animals, often resulting in head-on encounters with lions.

In a recent case in north-western Namibia, one cattle farmer who had locked up his livestock in a kraal (collection of huts) for the night was woken up in the early hours by the sound of his sheep and goats bellowing in terror.

He realised a lion had broken into the kraal but was too scared to do anything about it. The following morning he found that the predator had killed close to 100 animals. His entire wealth had been wiped out. 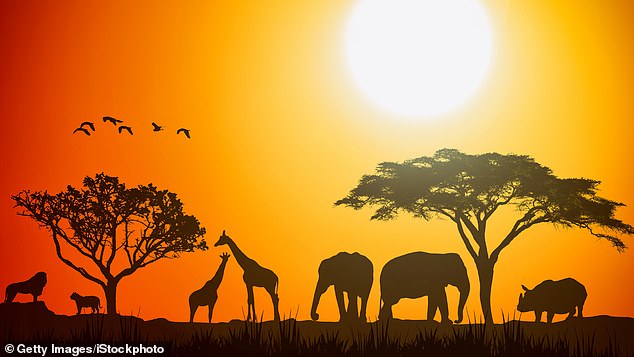 The sale of hunting licences plays a vital role in funding anti-poaching patrols, preserving uncultivated land and introducing protective measures such as the de-horning of rhinos

In the African conservation trade this is called HWC — Human Wildlife Conflict — and unless the villagers are compensated they are likely to retaliate by shooting the marauders. It is often revenue from hunting that provides the necessary compensation.

My own experience at a meeting in the Ehirovipuka Conservancy in the north of Namibia beside the Etosha National Park highlighted the dangers to me. I glanced out the window to see two lions crossing the main road heading towards a local settlement.

One of the villagers told me this was a regular occurrence and whenever they saw lions coming in and out of the park they had to make sure the locals were warned and, most importantly, that there were no children playing in the area. Constant vigilance is a life-saver in rural Africa.

There are also significant economic downsides to living among wild animals in rural areas.

Watching a herd of elephants heading across the plains may be a mesmerising experience for international tourists safely transported in reinforced Land Rovers, but to the communities who live alongside these majestic animals they can be a physical menace.

Apart from destroying crops, elephants often target boreholes. Many Namibian villages are hundreds of miles away from regional water supply pipelines and — in the absence of any nearby lakes or rivers — invest in solar or diesel-powered pumps to fill water storage tanks in order to maintain a constant supply.

Enter elephant herds. These animals, particularly in drought years, can smell water over large distances and are capable of destroying these expensive systems in a matter of moments.

Rural Namibians tell me all the time that they respect wild animals and always have done. But their lives are increasingly threatened by them and, if there is no benefit to them of this co-habitation, they are sure they will come to resent them.

This puts villagers in the sight lines of the criminal poaching gangs who rely on bribing locals to track down animals in the vicinity.

What we have created in Namibia and other like-minded southern African countries are community-based conservation organisations that have given these often-overlooked areas commercial infrastructures that are beginning to make not only their lives better but also those of the wild animals they live alongside.

And cash from hunting is a crucial element of this. In Namibia we have a total of 58 hunting concessions and we sell a strictly controlled number of licences to hunt elephants every year, with 100 per cent of the money going to the local community.

As this goes hand-in-hand with anti-poaching initiatives, far from reducing Namibia’s elephant population, this policy has seen it grow from 7,500 in 1995 to 22,800 in 2016 and we now have the largest number of free-roaming black rhinos in the world.

The peremptory banning of such legitimate hunting activity will undermine all the advances we have made over the past decades.

If rural communities in Southern Africa believe that their rights are being upheld and see very clear benefits from conservation, they will enthusiastically contribute to securing wildlife habitats and thus viable populations of big game. But if they lose faith in the system the results will be catastrophic.

While my colleagues and I hold the UK Government in great respect and are by no means trying to undermine your legislative processes, we are concerned that the enactment of an anti-hunting bill will have irreversible consequences for wildlife populations in Southern Africa and Africa as a whole.