One was the undisputed television comedy act of the era, pulling in audiences of up to 20million.

The other was a trailblazing, surreal sketch show which was to inspire generations of future comedians.

But for all the plaudits showered on the Monty Python team, it seems the rather more old school double act of Morecambe and Wise was harder to impress.

In newly unearthed television footage from 1973, Eric and Ernie are asked about Monty Python’s Flying Circus.

‘What they give you is… university comedy, or college comedy, or whatever you want to call it,’ Eric Morecambe said. ‘And I’m afraid a lot of it is very unprofessional, and this irritates me. What does make me laugh, really makes me laugh.

‘And what doesn’t make me laugh, bores me stiff.’ 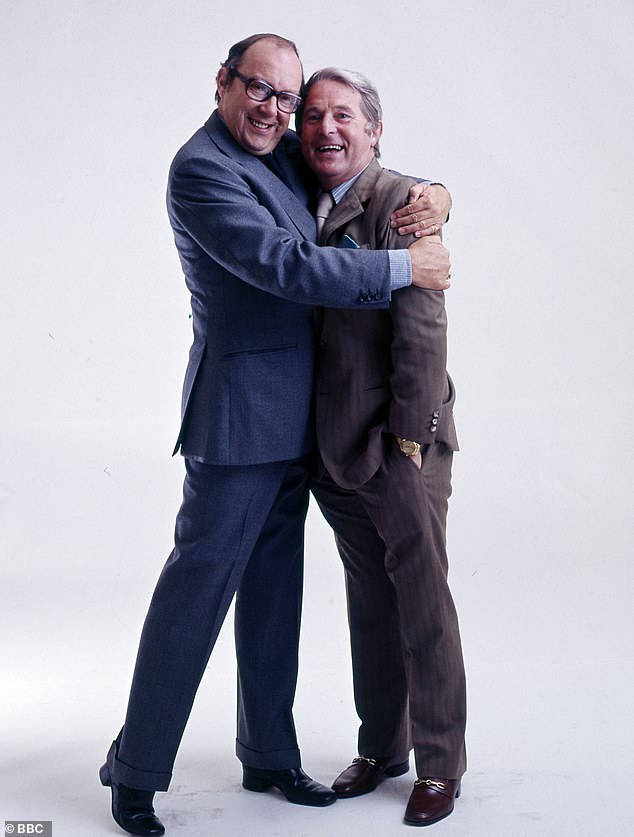 Asked which parts of Monty Python he liked best, he quipped: ‘The opening and the finish. It’s the bit in the middle I don’t like.’

In the interview with a student TV station, Ernie Wise is also less than complimentary about the cult show, which was written and performed by Graham Chapman, John Cleese, Terry Gilliam, Eric Idle, Terry Jones and Michael Palin.

‘I like Monty Python, but what I find is watching it, there’s five or six minutes of utter boredom and then there’s three minutes of very funny, and then another eight minutes of boredom,’ he said.

Palin, now Sir Michael, was shown the footage by the BBC and admitted he was a ‘little hurt’ but not surprised by Morecambe and Wise’s views.

‘It’s most interesting what they say, because I think it’s what they meant,’ he said. ‘It didn’t seem particularly savage – but on the other hand, it was very clear what they felt.’

The recording, which lasts two minutes but is incomplete, was discovered by BBC Radio Norfolk during research for a documentary on Nexus, a TV station started by students at the University of East Anglia in the 1960s. 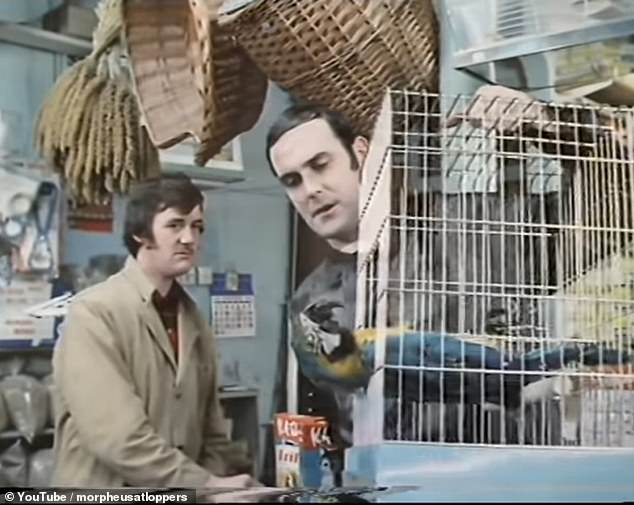 The old school double act are less than complimentary about the cult show calling it ‘boring’, ‘irritating’ and ‘university comedy’. Pictured: John Cleese in a Monty Python sketch

Morecambe and Wise were interviewed by the station backstage at Norwich’s Theatre Royal, where they were performing, but the clip had been archived and only rediscovered recently.

Louis Barfe, author of a biography of Morecambe and Wise, was also shown the clip.

He said it was unusual to get even a semi-serious answer from the pair. ‘It was slightly tough getting a serious answer out of Eric about anything,’ he added.

At the time, Morecambe and Wise regularly pulled in millions of viewers, with their final Christmas special, in 1977, attracting a staggering 28million.

In contrast, the first episode of the first series of Monty Python attracted just 1.5million viewers. In all it ran for 45 episodes and was picked up in the US, beginning the show’s march to global fame. 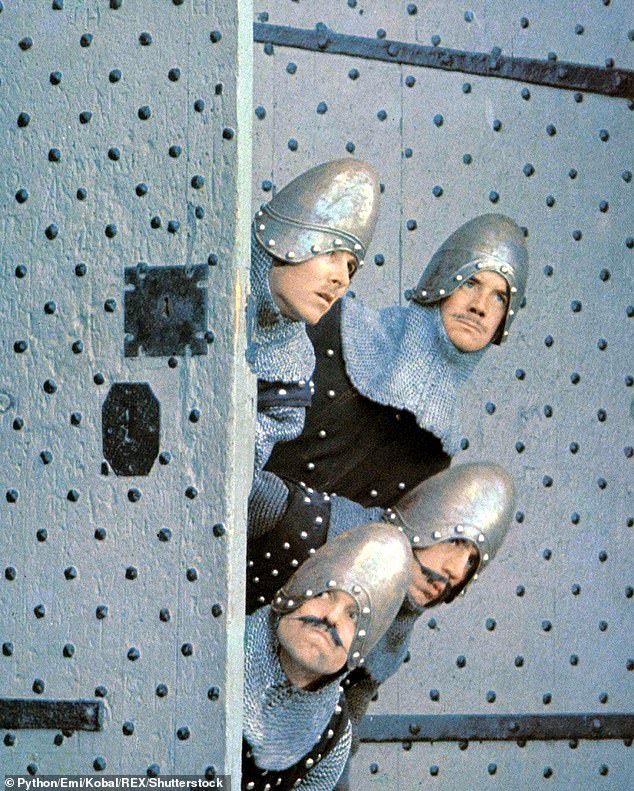 Monty Python was picked up in the US, beginning the show’s march to global fame and was to inspire generations of future comedians. (Pictured: Monty Python & The Holy Grail, 1974)