Nadhim Zahawi’s family lived in breach of a planning condition on their country mansion for a decade, planning documents show.

The embattled Conservative Party chairman and wife Lana Saib bought the new-build property on the edge of the Cotswolds in 2011.

But when the house was erected on the site of a riding school and former farm seven years earlier, it was built with a ‘rural occupancy condition (ROC)’ which had been attached to the planning permission – meaning that only agricultural, forestry or equestrian workers could live there.

The Zahawis have now been granted immunity from enforcement action after exceeding a ten year time limit on such breaches under planning legislation. 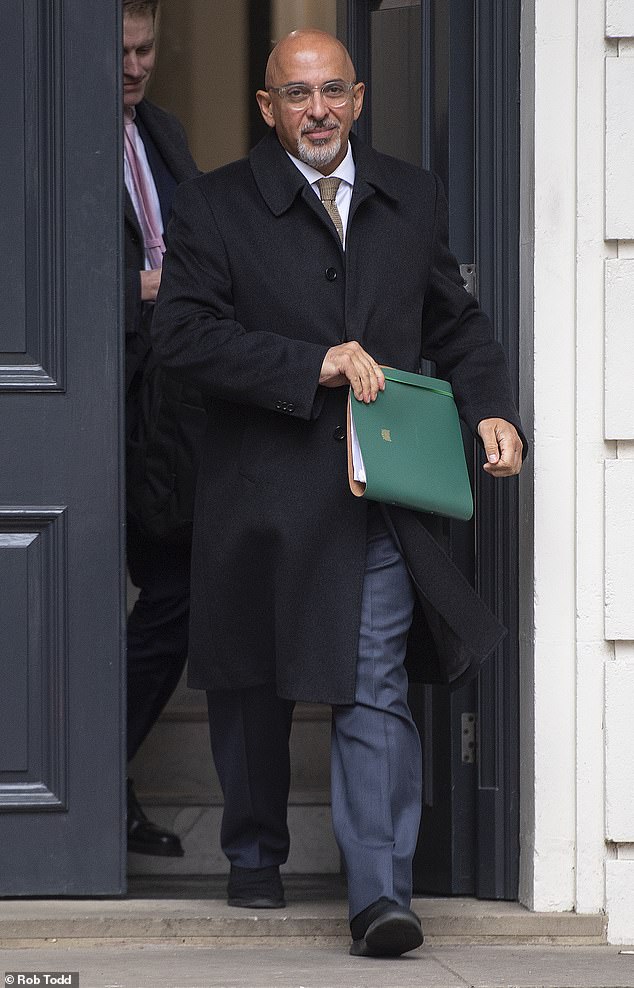 Nadhim Zahawi is fighting for his political life after he reportedly had to pay £4.8million to the taxman for a ‘careless’ error 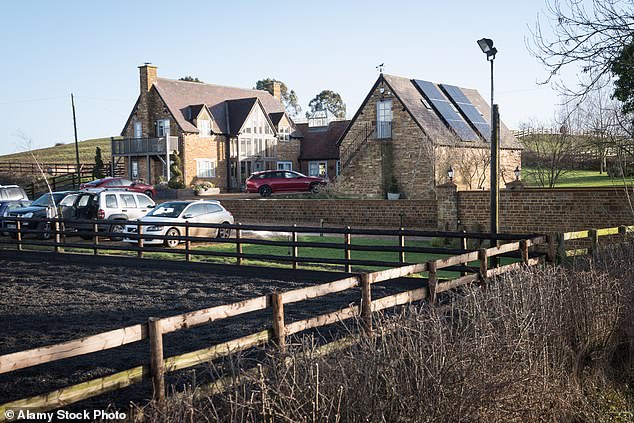 Planning permission rules meant that only agricultural, forestry or equestrian workers were supposed to live there

The revelations heap further pressure on Mr Zahawi after it emerged he negotiated a multimillion pound settlement with the taxman while he was chancellor last year, and therefore in charge of HMRC.

Mr Zahawi is fighting for his political life after he reportedly had to pay £4.8million to the taxman for a ‘careless’ error, including a major penalty over his shareholdings in polling firm YouGov which he co-founded.

Questions surrounding Mr Zahawi’s tax affairs were also said to have cost him a knighthood in the recent New Year’s Honours list.

Last night, Clive Betts MP, who chairs the Levelling Up, Housing and Communities select committee – which scrutinises local government and planning policy – said the Mail’s revelations suggested Mr Zahawi ‘thinks he can do what he wants and, in this case, get away with it’.

The ROC stated that occupation of the property was limited ‘to a person solely or mainly working, or last working’ in local equestrian activities, agriculture or forestry.

Dependents or a widow or widower of such a person would also be allowed to stay at the house, which cost the Zahawis £875,000 and has served as the Stratford-on-Avon MP’s constituency home. 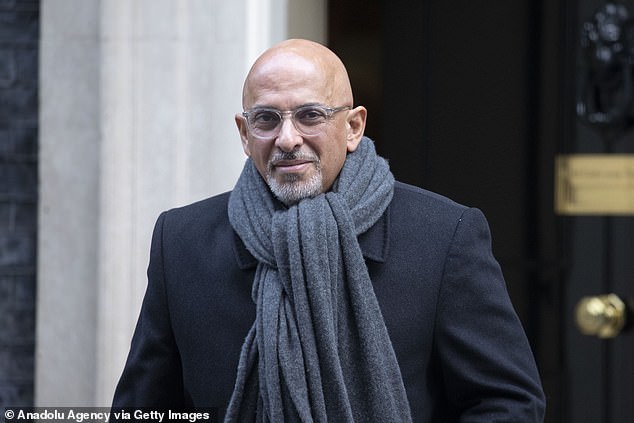 The embattled Conservative Party chairman and wife Lana Saib bought a new-build mansion on the edge of the Cotswolds in 2011, which they lived in in breach of a planning conditions

Documents show that the planning clause was inserted because ‘planning policies would not support the construction of a new dwelling for unrestricted occupation’ in the ‘open countryside location’, in Warwickshire.

But Stratford-on-Avon District Council, which has been run by the Tories since 2003, failed to take enforcement action against the Zawahis despite refusing a flurry of applications by the couple and their planning agents to amend or remove the clause.

The authority’s seeming inertia meant that in December 2021 – ten years after the Zahawi family moved in to the house – Miss Saib’s application for a Lawful Development Certificate (LDC) to ratify the breach was permitted.

The application sought to confirm that ‘the occupation of Ms Saib and her dependents is lawful’.

An accompanying report stated officers were ‘satisfied that, on the balance of probability, (rural occupancy condition) has been breached for a continuous period of ten years or more. The occupation of the dwelling without any restriction of occupation is therefore considered to be lawful.’

Planning experts told the Mail that the Zahawis’ L-shaped country home would have been devalued by the ROC when the Zahawis bought it, meaning they will now benefit financially from the condition being ‘nullified’ by the issuing of the LDC last April.

The Town and Country Planning Act 1990 provides a ten year limit for breaches of ROCs, after which a LDC can be granted. The LDC regularises such a breach and signifies that enforcement action cannot be carried out against it.

Mr Betts, who represents Sheffield South East for Labour, added: ‘People make an awful lot of money building houses in attractive areas. I understand why these sort of rules apply – they are important in rural communities to ensure there is housing for rural workers.

‘They should be very careful to make sure they comply with all the rules around planning.’

When the Mail visited the village, residents said they had no knowledge of the planning breach. Some of those living closest to the Zahawis said they never saw the MP.

One added: ‘He doesn’t even attend the village show. I’m a Tory voter but as far as I’m concerned he’s an absent MP.’

She declined to comment on the Zahawis’ planning breach.

But another villager said the breach and earlier revelations about the MP’s settlement with HMRC ‘doesn’t paint him (Mr Zahawi) in a good light’, adding: ‘Not many will speak out though. There are a lot of moneyed people around here, and it’s the tax system that tends to bind them together.’

Planning documents show that in 2017, an LDC was applied for on the basis that Miss Saib was ‘solely or mainly working…in the locality in equestrian activities’. But the application was refused two years later because officials were not satisfied that she was ‘solely or mainly’ working in that field, as per the condition.

Planners also pointed out that 56-year-old Miss Saib – who is currently listed as a director of three family property firms – had ‘other business interests’ which took up an undisclosed amount of her time.

Judith Norris, a partner at the Rural Planning Practice, a consultancy familiar with ROCs, said the council had an opportunity to take enforcement action against the Zahawis at this point.

She added: ‘If they had not complied with the condition then it could be an enforcement matter, although enforcement action is discretionary.’

Mrs Norris added that local authority resources in this area have come under pressure in recent years and there were ‘not enough enforcement officers’ to go around.

Earlier applications to vary the wording of the ROC were refused by Stratford-on-Avon District Council in 2016 and 2014 – when Mr Zahawi was listed as the applicant – and in April 2011, a month before the Zahawis bought their ‘matrimonial’ home.

A council spokesman said: ‘Whilst it is not our policy to comment on individual enforcement cases, we can confirm that all cases are considered in accordance with the Council’s Local Enforcement Plan.’

It said a series of planning applications were ‘processed in accordance with national and legal requirements (and) were found to fall short of the criteria required and were refused.’

He said the further application in 2021 for the LDC was granted as it was found to meet the legal criteria and ‘there was no legal reason not to do so’.

The council said the applications were ‘processed in the same way that they would have been had it been any other applicant’.

In 2013 Mr Zahawi apologised after making a ‘mistake’ in claiming almost £6,000 in expenses to heat the stables on his Warwickshire estate. It later emerged that he had used a company in the tax haven of Gibraltar to buy the home, but denied the arrangement was a means of reducing his tax burden.