A revised Australian curriculum will give greater weight to the nation’s diversity and to First Nations culture, but less emphasis on “Christian heritage” in the study of civics and citizenship.

School students across the country will be taught that First Nation Australians experienced European colonisation as an invasion. 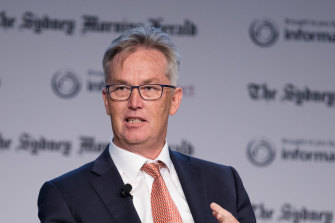 The review found the existing curriculum did not include enough “truth-telling” about the experience of First Nation Australians since European settlement, and put too much emphasis on the period before contact with Europeans.

One of the authors of a 2014 review of the curriculum criticised the focus on diversity, arguing it denied the dominant Western liberal character of Australian life.

Children will also begin to develop digital literacy from their first year of school, instead of within the first three years, and learn to critique their own “digital footprint” by year 10.

The revision – put out for consultation on Thursday – will reduce the amount of learning content by about 20 per cent in an effort to declutter the current curriculum.

However, Australian Curriculum Assessment and Reporting Authority chief executive David de Carvalho rejected claims the authority had “taken a chainsaw to the curriculum”.

“Chainsaws are not particularly subtle and can leave an awful mess behind,” he said.

He said the authority was giving the curriculum “the Marie Kondo treatment … so that regardless of how much content is left in the curriculum, it is properly organised, logical in its presentation and sequence, coherent, clear and easily accessible”.

Speaking at The Age Schools Summit this week, Mr de Carvalho said the review sought to clarify the relationship between the eight learning areas in the curriculum, seven general capabilities, including literacy and numeracy, and three “cross-curriculum priorities”: sustainability, Asia and Australia’s engagement with Asia and Aboriginal and Torres Strait Islander histories and cultures.

Those cross-curriculum priorities are best taught within the eight learning areas – English, maths, science, humanities and social sciences, the arts, health and physical education, languages, and technologies – not as “add-ons that would contribute to an overcrowded curriculum”, he said.

Civics and citizenship – already identified by the authority as a weak spot for many students – will be revamped, with an increased emphasis on Australia’s increasingly multi-faith and diverse character.

It is the first time the Australian curriculum has been reviewed since the former Abbott government launched a review in 2014.

Australian Catholic University senior research fellow Kevin Donnelly, who co-chaired that review, labelled this review “a lost opportunity” and said it failed in its mission to declutter.

“There are literally hundreds and hundreds … of indicators teachers have to be familiar with,” Dr Donnelly said.

“Instead of encouraging a deep knowledge and appreciation, it’s very fragmented and superficial.”

“It adopts a cultural relativist approach where Australia is always described as multifaceted and multicultural and diverse and different and ignores the fact we’re a Western liberal democracy and ignores that our way of life is actually very much in line with that,” he said.

Dr Black said the proposed changes to civics and citizenship would take that acknowledgement “to the next level”.

“The issue of who is excluded and who is included, who is fully recognised and understood and who is not – those ideas are really central, and they are some key challenges in the civics and citizenship field,” she said.

The revised maths curriculum will ignite a pedagogical war over the renewed emphasis on problem-solving methods, which under the proposed changes is a “core concept” to be taught across the six key content areas: numbers, algebra, measurement, space, statistics, and probability.

Victorian maths teacher Greg Ashman, a PhD candidate who researches the tension between progressive and traditional teaching methods, said the proposed changes overstepped the role of the curriculum to prescribe content, but not teaching styles.

Australia’s PISA ranking declined to its worst ever level in 2019, dropping to 16th among OECD nations and economies in reading, 17th in science and 29th in maths.

Grattan Institute education program director Jordana Hunter said the authority’s revisions had tightened up the curriculum and given teachers more clarity on what they should spend their limited time on.

“This is a good move,” she said. “But at the end of the day, the thing that makes the difference for students is the quality – and content – of teaching in the classroom.”

Acting Premier and Education Minister James Merlino said Victoria had “led the charge” for a curriculum review, particularly in maths and science.

“We need to make maths in particular more engaging for children and young people, particularly at primary school level, so I’m supportive of the review,” Mr Merlino said.

With Jordan Baker and Natassia Chrysanthos