The UK is the sick man of the world, with its healthcare system ranking second worst out of 19 similar countries, a report has warned.

With NHS waiting lists now standing at a record 6.2million, the report found Britain is ‘bumping along the bottom’ of the league table for a range of major health outcomes – with only the United States faring worse overall.

The Civitas think-tank analysed data from 2019 on 16 measures including life expectancy and survival rates for cancer, strokes and heart attacks.

The UK came bottom more often than any of the other countries, which include France, Spain, Germany and Japan. 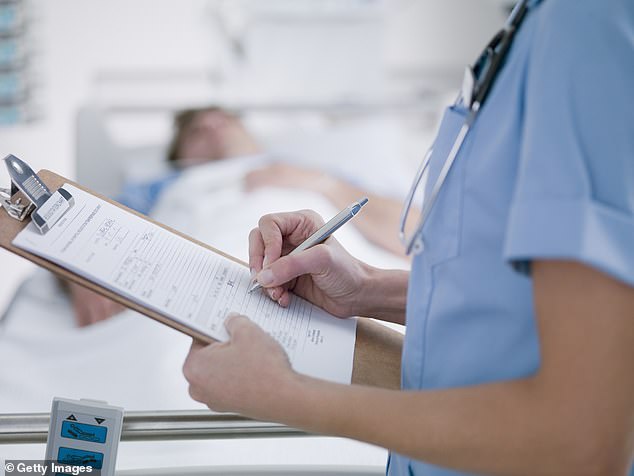 The UK’s healthcare is ranked as one of the worst in its cohort, with its healthcare system ranking second worst out of 19 similar countries, a report has warned. The UK came bottom more often than any of the other countries, which include France, Spain, Germany and Japan

But the US was ranked lower because it spends far more on health per capita, had the worst life expectancy and did not feature in all tables due to a lack of data.

Researchers say 6,500 lives a year could be saved in the UK if its performance on preventable diseases matched the average rate in other nations.

The only area the UK performs well in is helping diabetics avoid limb amputation, according to the first International Health Care Outcomes Index, which drew on data from the Organisation for Economic Cooperation and Development.

The UK was ranked 17th out of 19 countries for life expectancy, worst for stroke and heart attack survival, and 16th out of 18 for five types of cancer.

For example, stomach cancer five-year survival rates were 17th out of 19 at 20.7 per cent.

Study author Tim Knox said: ‘If what matters most to patients is the outcome of the treatment they will receive, then these findings should be of concern to all… Our uncritical worship of the NHS means that it is difficult to ask questions of our health service and how it ranks against those of other nations.’