No10 staff ‘are told to prepare for general election next year’: PM’s new strategist tells meeting that Boris is ‘not out of the woods’ over partygate… but the ‘clock is ticking’ on next vote

Advisors in No10 have been told to prepare for a general election in the autumn next year to be fought over promises on Brexit and the huge cost-of-living crisis.

An announcement was made to staff last Friday by David Canzini, Boris Johnson’s new deputy chief of staff.

It has previously been claimed May 2024 was the most likely date, but Mr Canzini said the ‘clock is ticking’, The Times reported.

In a presentation setting out a draft strategy, Mr Canzini said the Prime Minister was ‘not out of the woods yet’ over the partygate scandal and angry Tory MPs would need to be ‘wooed’.

It comes as Met Police detectives are yet to complete their investigation into the No10 lockdown parties – more than five weeks after Mr Johnson was handed a questionnaire about his attendance. 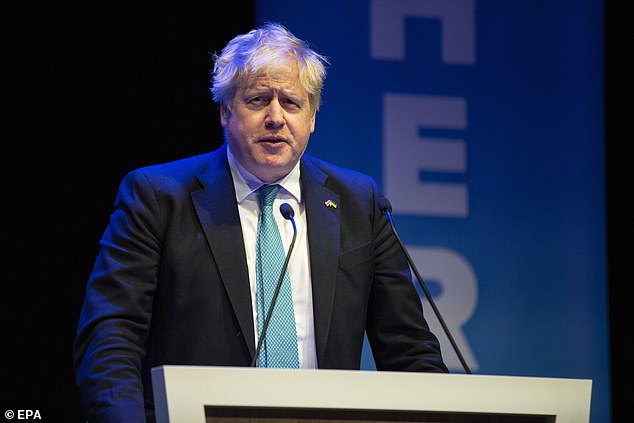 Advisors in No10 have been told to prepare for a general election in the autumn next year to be fought over promises on Brexit and the huge cost-of-living crisis. Pictured: Boris Johnson speaks at the Scottish Tory Party Conference yesterday 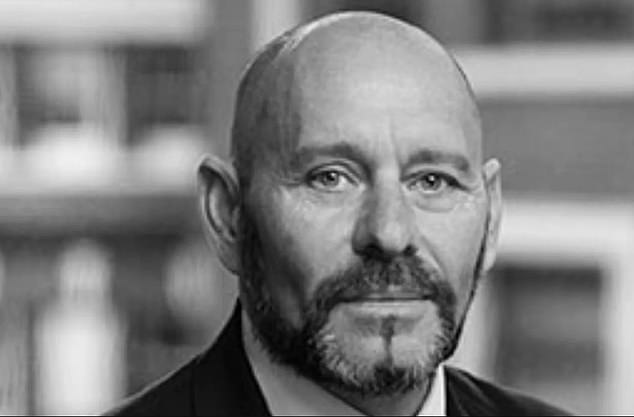 An announcement was made to staff last Friday by David Canzini, Boris Johnson’s new deputy chief of staff, who said the ‘clock is ticking’ on the next vote

No fines have yet been issued, it is understood, but the repercussions of the PM receiving a fixed penalty notice if he is found to have committed a minor offence could be huge.

In a list of priorities for an election campaign, Mr Canzini put delivering the promises on Brexit at the top, with the cost-of-living crisis coming second.

‘It was a strange list of priorities,’ one government aide told the paper. ‘We’re on the brink of a generational cost-of-living crisis and yet Brexit was top of the list.’

Others on the list included the NHS, presumably aimed at tackling the Covid backlog and investing in creaking services, as well as crime and migrant arrivals in the English Channel. 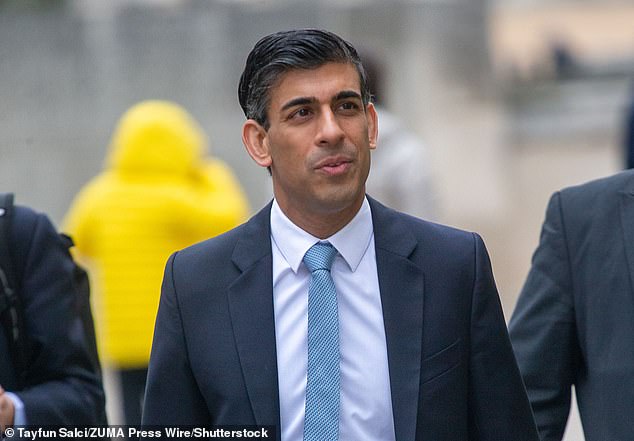 It comes as the Chancellor Rishi Sunak is set to deliver his spring statement on Wednesday, where he faced huge pressure to include measures to help low and middle-income households being clobbered by soaring energy bills, record fuel prices and a hike in National Insurance

However, allies of the deputy chief of staff later said that the list was not an actual order ranking of government priorities.

It comes as the Chancellor Rishi Sunak is set to deliver his spring statement on Wednesday.

David Canzini: The ‘Wizard of Oz’ election ally Boris Johnson has brought in to overhaul No10

Boris Johnson hired David Canzini in February to shore up his Downing Street team after weeks of chaos.

A close ally of Sir Lynton Crosby, the strategist dubbed the ‘Wizard of Oz’ for masterminding major Tory victories, Canzini became the best pick for the Tories after Crosby said he would be staying in his native Australia.

Crosby has been pivotal in several election victories dating back to Mr Johnson’s 2008 London mayoral win.

He and Canzini later worked for former prime minister Theresa May, before turning on her in 2018.

Canzini started earlier this month to the delight of Tories who have called for a ‘grown-up’ to support Mr Johnson following the Partygate scandal.

Staff at Sir Lynton’s company CT Group, where Mr Canzini is a director, were told of his departure shortly before it became public.

He will work under Chief of Staff Steve Barclay, who was himself brought in to replace Dan Rosenfield after he resigned amid the Partygate scandal.

Mr Canzini’s appointment brought the number of deputy chief of staffs to three – he will work alongside Baroness (Simone) Finn, an ally of Michael Gove, and Ben Gascoigne.

The shake-up was sparked by the resignation of policy chief Munira Mirza, Rosenfield and advisers Henry Newman and Henry Cook.

Intended to be policy-light, Mr Sunak has been under huge pressure to include measures to help low and middle-income households being clobbered by soaring energy bills, record fuel prices and a hike in National Insurance.

Speaking at the party’s Spring conference in Blackpool, the Chancellor insisted he had ‘enormous sympathy’ for people being hammered by soaring inflation and energy costs.

But he defended the eye-watering national insurance rise and tax threshold freezes due to take effect next month, saying the government needed to do ‘difficult’ things to get the public finances under control.

However, one MP told the Telegraph that Mr Sunak had ‘considered resigning’ over the planned rise in National Insurance contributions and that his relationship with Boris Johnson had ‘completely disintegrated’.

Mr Johnson was said to have considered scrapping the National Insurance hike earlier this year to stop Tory MPs sending letters of no confidence in his leadership amid ongoing reports of parties in Downing Street.

Eventually, he faced down mounting opposition to the 1.25 percentage point tax rise by insisting, alongside Mr Sunak, it was the ‘right plan’ and it would go ahead in April.

In a joint article, Mr Johnson and Mr Sunak said: ‘We must go ahead with the health and social care levy.’

Mr Sunak has vowed that he will ‘prioritise’ cutting taxes in the coming years, stressing his own Thatcherite outlook.

But he played down the prospect of major steps today arguing that factors like global inflation are ‘somewhat out of my control’.

Interviewed on stage in Blackpool by local Tory MP Paul Maynard, Mr Sunak said: ‘It is about taking stock of the situation which, of course, is difficult.

‘I can see that, and I have enormous sympathy for what people are going through at the moment and that’s why we will always be there to help make a difference where we can.

‘But as you saw a month or so ago when we announced the very significant intervention to help people meet some of the additional costs of energy bills, where we can make a difference, of course I can – I’m always going to do that, we’ve done it over the last two years.

‘So, we will have an update on the situation and a little bit of a look forward to where we are heading.’

Mr Sunak said it had been necessary to put up taxes to rebuild the public finances following the Covid-19 outbreak, but suggested there would not be more increases.

‘That is done. We have made the difficult decisions that we had to make. My priority going forward is to cut taxes. I made that very clear at the Budget,’ he said.

Mr Sunak defended the rises he had introduced, saying it would not have been ‘economically responsible’ not to have addressed the problems caused by the pandemic.

‘I did not get into this to have to put up people’s taxes. I’m Conservative, I’m a Conservative chancellor, it’s the last thing I wanted to do,’ he said.