One-off recording of Bob Dylan’s Blowin’ In The Wind sells at auction for £1.5million

A one-off new recording of Bob Dylan’s hit song Blowin’ In The Wind has sold for almost £1.5million at auction in London.

The release is the first new studio recording of the song since Dylan wrote it in 1962 and was sold by Christie’s yesterday.

The sale exceeded the original price estimated by the auction house, which was set at between £600,000 to £1million.

The record, which went for a total of £1,482,000, was made in March 2021 with Dylan’s long-time collaborator T Bone Burnett and featured as part of Christie’s Exceptional Sale during its Classic Week.

It also showcases a new type of record that combines some of the materials used in CDs and vinyl.

Burnett said he hoped the new recording, offered on a new audio medium: Ionic Original, would help ‘develop a musical space in the fine arts market’. 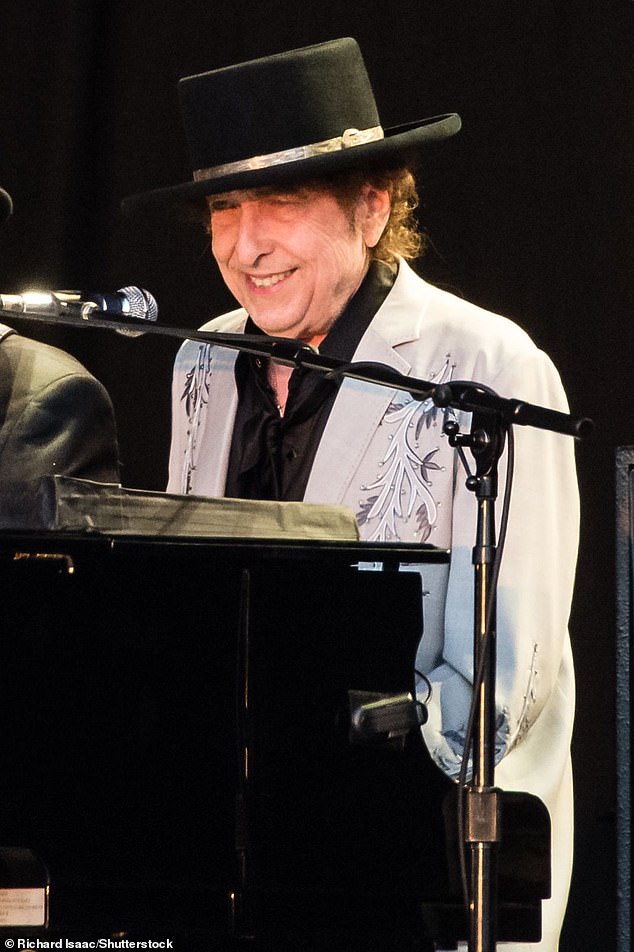 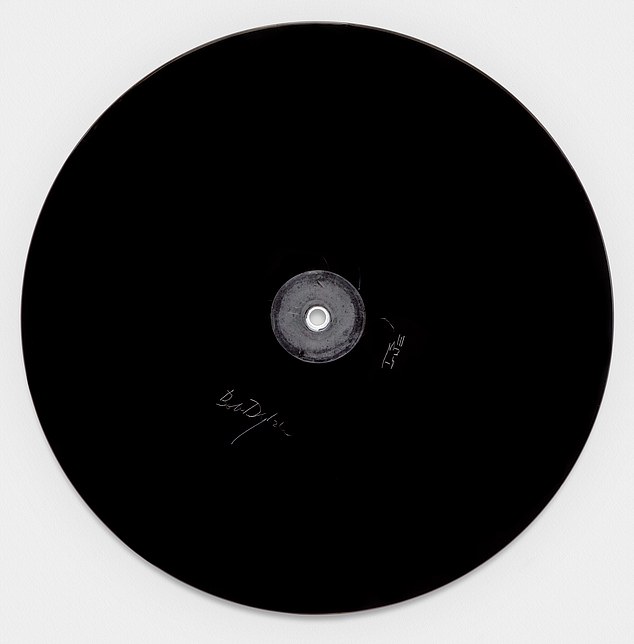 The record (pictured) sold at Christie’s in London for nearly £1.5million

‘I trust and hope it will mean as much to whomever acquired it today at Christie’s Exceptional Sale as it does to all of us who made it, and that they will consider it and care for it as a painting or any other singular work of art,’ he said.

This year marks Dylan’s 60th anniversary as a recording artist and of Blowin’ In The Wind, which was written for his second album The Freewheelin’ Bob Dylan.

Peter Klarnet, Christie’s senior specialist in Americana, books and manuscripts, said: ‘We are so pleased with the excellent result this evening for the ‘Ionic Original’ disc of Bob Dylan’s first new studio recording of Blowin’ in the Wind since 1962.

‘To work with such an incredibly important and groundbreaking advance in analogue playback technology is a tremendous honour.

‘We are excited that this is just the beginning for this amazing new opportunity for recording artists to work with T Bone and NeoFidelity to reset the value of music.’

Peter Klarnet, Christie’s senior specialist in Americana, said nothing of its kind has been sold before, with the closes example the Once Upon a Time in Shaolin, by the Wu-Tang Clan, when a single CD copy was created in 2015. 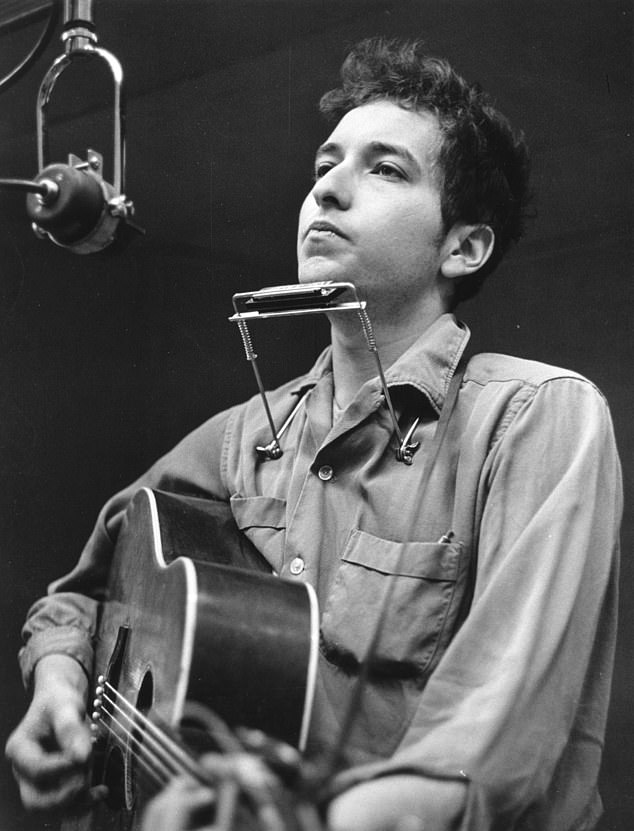 Originally written and released in 1962, the new version features a full band which played alongside Dylan as he sang. Pictured, Bob Dylan recording his first album in 1961 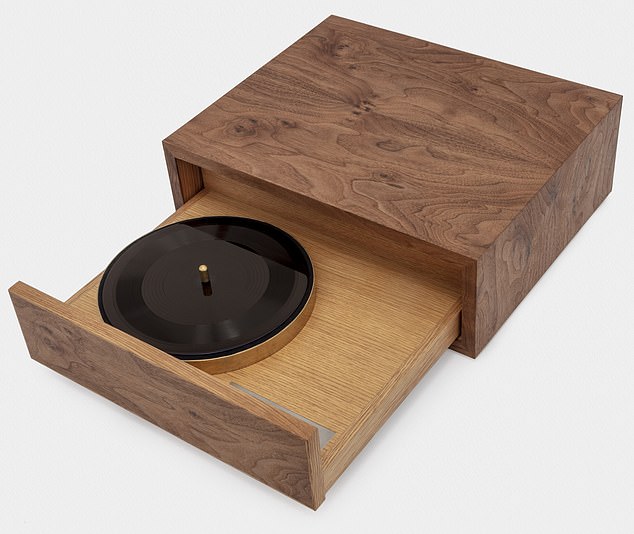 The record was housed in a custom walnut and white oak cabinet, pictured

While it was sold for an undisclosed sum to hedge fund manager Martin Shkreli, it was resold for a reported $4million by the US Department of Justice when Shkreli was convicted of fraud.

The Dylan record is made from an aluminium disk with a protective lacquer made from a combination of sapphire and quartz.

It uses the same technology as test pressings, also known as acetates, which musicians often say sound better than vinyl.

However they have a shorter lifespan, as the needle pushing into the grooves melts the usual lacquer.

It can be played on a normal turntable and was described as the ‘pinnacle of sound’ by Burnett.