Paedophile, 40, caught out in sting trying to give mobile phone to 14-year-old girl so she could take explicit pictures of herself is jailed for three years

This is the moment a paedophile was caught arriving to hand a 14-year-old girl a mobile phone so she could take explicit pictures of herself for him.

Pedro Campos, 40, was in fact the target of a sting operation after he swapped messages on social media with an undercover investigator posing as a teenager.

The father of one, from Openshaw, Manchester, tried to bluff his way out of trouble by saying he wanted to give away one of his phones so he and the youngster could ‘carry on chatting.’

But a live feed of the confrontation co-ordinated by the Child Online Safety Team group (COST) in which Campos produced two mobile phones went viral on Facebook.

The investigation began in May 2019 after the undercover investigator created a decoy called ‘Tegan.’ Peter Horgan prosecuting said: ‘They were in contact through social media and they engaged in messaging. 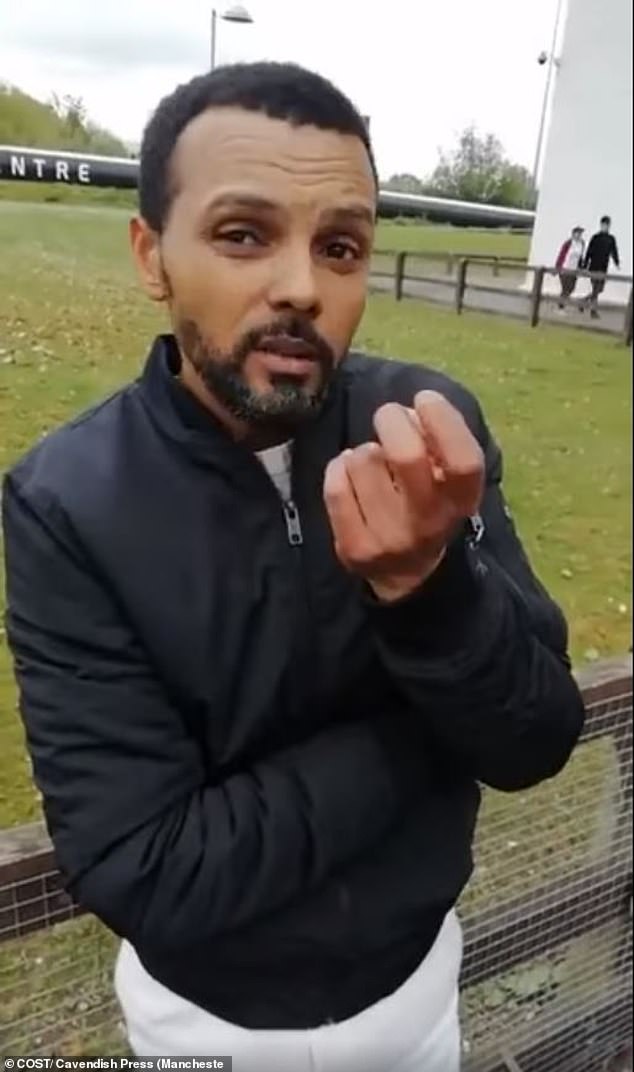 Pedro Campos, 40, was in fact the target of a sting operation by paedophile hunters 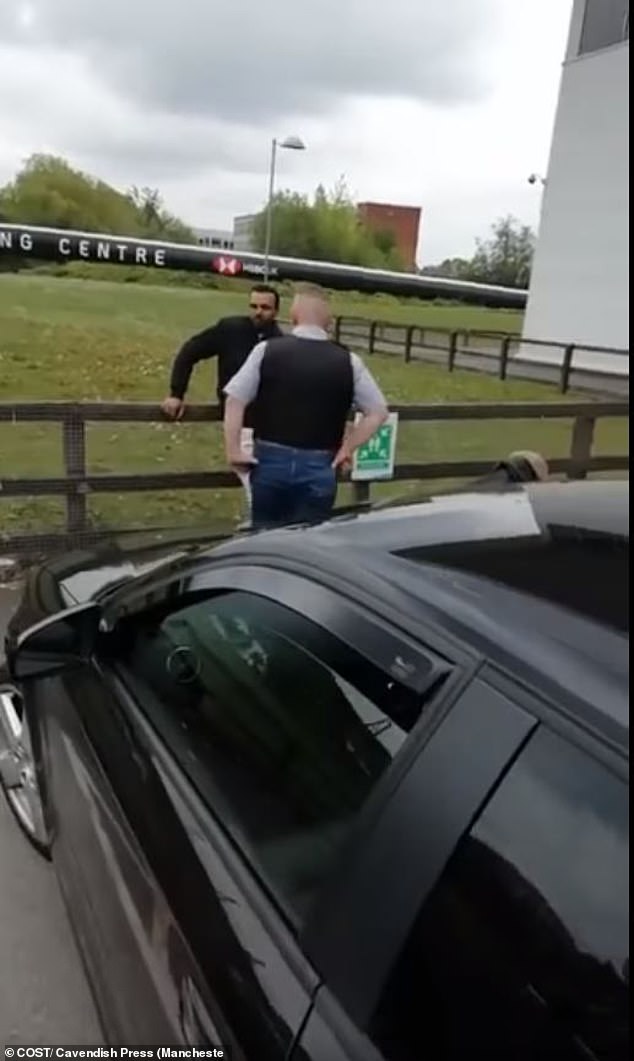 ‘Right at the start of the conversation, Tegan indicated her name and stated she was 14 and from Blyth, Northumberland. He asked her if she had previously had a boyfriend and she told him ‘no’ and he asked her for pictures.

‘She indicated she didn’t have any of herself but said she was definitely 14 and that she was in foster care. She said she was ‘still a baby’ but he said: ‘You maybe a baby, but you have an older mentality.’

‘There was a conversation about going to school and messages containing sexual references He asked her if she had sexual experience. She said ‘no’ saying it would hurt but he told her, ‘The first time, yes, but then you will really enjoy it.’

‘He asked if they could try it and asked if she could send pictures. She indicated that her phone was broken but he then suggested that she send them on her computer.

‘The defendant moved on to whether she would agree to meet him. He had been saying he was 25 and suggested if they met up, he could give her an old phone. He offered to meet her in Manchester but at that time he was was met and was then arrested. He had a telephone on him that is his own and a phone to be given to Tegan. He made no comment in the interview. 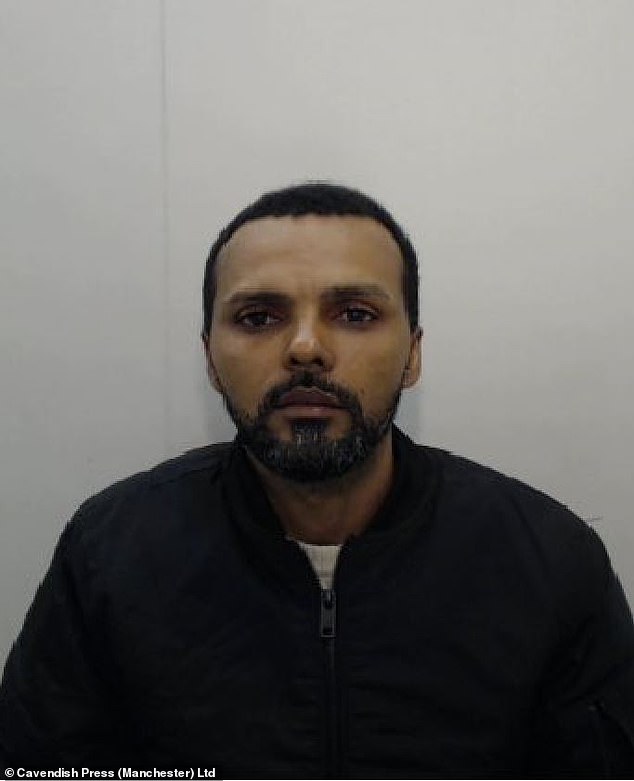 Campos had no previous convictions. Defence lawyer Neil Ronan said: ‘This was an offence which occurred during a period when his life was in tatters.. He is of low risk of offending.’

But the judge Miss Recorder Abigail Hudson told Campos: ‘You struck up a conversion online with what you believed to be a 14-year-old girl. You began to ask her about her sexual experiences and incite her to have sex. I have no doubt that your intention was to have sex with her.

‘You arranged to meet her and you did that to provide her with a phone to send you explicit photos. Tegan did not exist, she was an adult, but you did not know that, and it was your intention to abuse a child.

‘The behaviour was clearly grooming behaviour and there was a significant disparity in age, about which you lied. Having heard your evidence at trial, I’m entirely satisfied that you intended to meet Tegan and have sexual activity with her. Your defence was frankly absurd.’

Campos was also ordered to sign the Sex Offender Registers for life and was ordered to abide by a Sexual Harm Prevention Order for ten years.