Police blunders allowed an officer to shoot himself dead at an airport, a coroner has found.

Dr Sean Cummings lambasted the ‘lax approach to safety’ that enabled Sergeant Sean Duignan to take his own life two days after he was arrested for drink-driving.

‘Serious failures’ included colleagues not being told ‘for privacy reasons’ that 44-year-old Mr Duignan’s access to weapons had been withdrawn after his arrest.

When he arrived for work at Luton airport on May 31 last year, he asked an officer to swipe him into the police armoury as his card did not work. She did this because the system was ‘frequently unreliable’, an inquest heard. 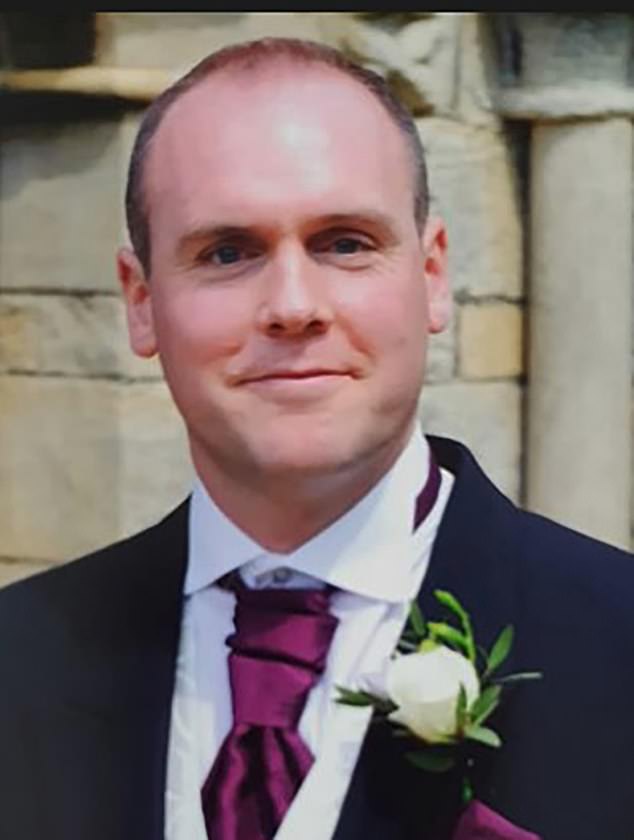 Sergeant Sean Duignan, who died earlier this year by suicide after shooting himself with a gun obtained from a police armoury

After arming himself with a pistol and bullets, Mr Duignan sent a suicide message to a chief inspector, who contacted the operational firearms commander and asked to speak to him urgently.

But the inspector did not explain why, ‘for discretion’. Dr Cummings described this as another ‘significant error’.

The officer was found dead in a gym in the airport’s police unit shortly afterwards.

Ruling the death was a suicide, Dr Cummings, the assistant coroner for Bedfordshire, said: ‘There was a serious failure by senior management to safely manage the armoury.’

He called their approach ‘extraordinary’ and said he would be ‘remitting this to the Independent Office of Police Conduct’, which had previously concluded officers did nothing wrong.

The coroner’s court in Ampthill heard the officer was arrested at home after a member of the public reported concerns about his driving.

At Milton Keynes police station, custody staff, mental health professionals and a colleague checked his state of mind and were ‘reassured’, last week’s hearing was told.

Mr Duignan’s armoury access was rescinded, but other officers were not told for ‘privacy reasons’. Two days later Mr Duignan killed himself.