Putin loses his 60th colonel in Ukraine: Paratrooper is buried with full military honours as he becomes latest high-ranking officer to die in conflict

Vladimir Putin has lost at least 60 colonels in the war in Ukraine, it was revealed today.

A paratrooper, it took Russia three months to retrieve his body from the war zone and conduct his funeral, it was revealed.

He was the 60th known colonel to have died in the bloody war, which has seen a crushing toll of high-ranking officers in Putin’s forces, including at least 11 generals.

The revelation of his death came as Putin declared he had hardly begun his military campaign in Ukraine.

‘We haven’t started anything yet in earnest,’ he claimed, despite suffering an overall toll of more than 30,000 troops, according to estimates. 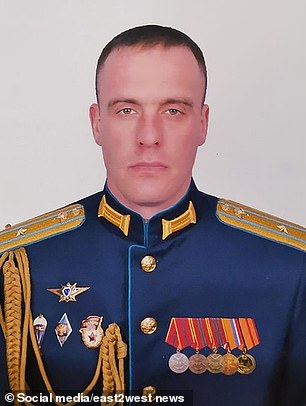 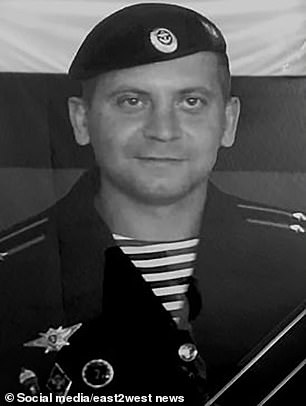 Russian Lieutenant Colonels  Alexander Smirnov (left) and Sergei Moskvichev (right), 45, are the 59th and 60th Russian colonels to die in the war in Ukraine 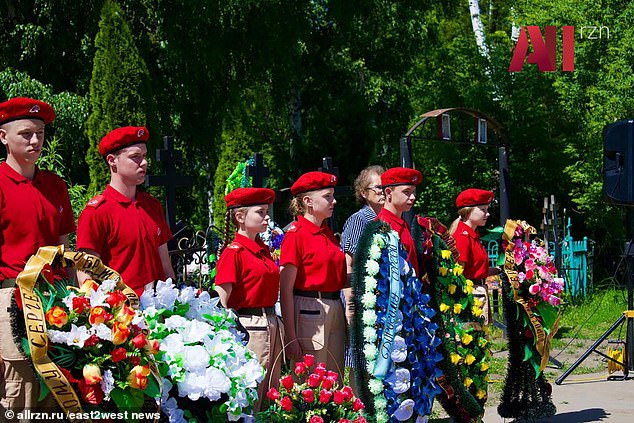 Lieutenant Colonel Sergei Moskvichev’s funeral in Ryazan, a city in western Russia. He served in the 83rd Airborne Brigade in Ussuriysk, then the 155th Marine Brigade in Vladivostok 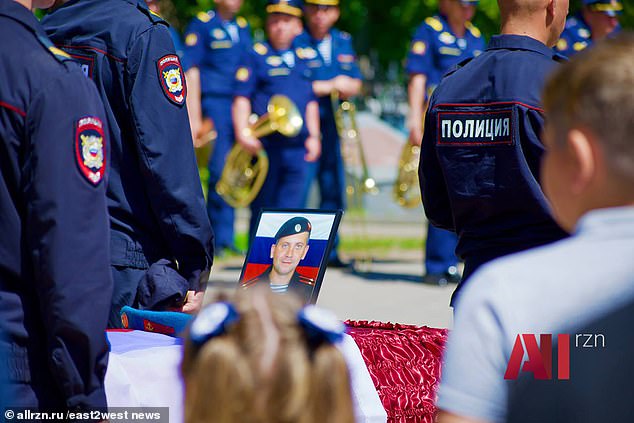 Russia has kept its death toll under wraps but accounts emerged of Moskvichev’s funeral in Ryazan.

The lieutenant colonel was the son of an heroic rescuer at the Chernobyl nuclear power plant after the 1986 explosion.

He is survived by his wife and two children.

Earlier today it was revealed that Lt-Col Alexander Smirnov, who had served as deputy commander of the 11th Separate Guards Airborne Assault Brigade, was killed in the so-called Luhansk People’s Republic (LPR).

He was the 59th colonel known to have died.

The paratrooper commander was evidently fighting alongside or embedded with pro-Russian forces from the rebel region.

Smirnov was hit while at a combat post of the headquarters of the Sixth Separate Cossack Motorised Rifle Regiment.

Smirnov was killed on July 1 but his death only now came to light, but no further details were available. 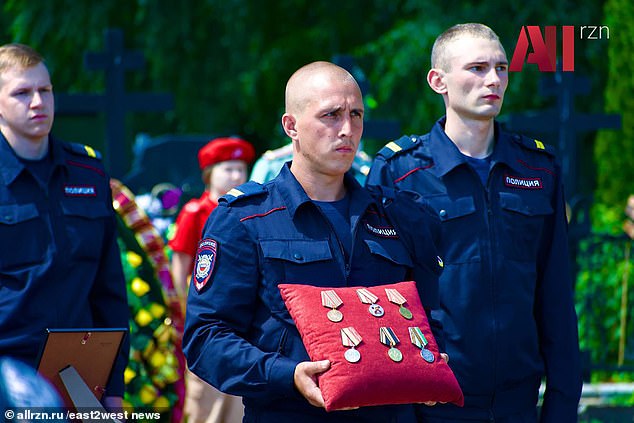