Billionaire investor Ray Dalio is concerned about the potential for a stagflationary economic backdrop to take form amid persistently high levels of inflation and rising interest rates.

"I think that most likely what we're going to have is a period of stagflation. And then you have to understand how to build a portfolio that's balanced for that kind of an environment," the Bridgewater Associates founder and co-chief investment officer said in an interview for Yahoo Finance Presents.

Stagflation can be defined as a period of slow economic growth, increased joblessness and rising inflation.

And every which way an investor turns right now (even on Google, where searches for "stagflation" have surged 400% since the start of the year) it looks like a speeding train called Stagflation Express.

The Consumer Price Index (CPI) rose by 7.9% in February, marking the fastest pace of annual inflation in 40 years amid a push higher in rent, food and used car prices. Meanwhile, the Personal Consumption Expenditures index (PCE) rose 6.4% in February, accelerating from a 6.1% increase in January.

It represented the fastest rate of inflation since 1982.

Oil prices have come off their highs of around $140 a barrel seen at the start of the Russia-Ukraine war, but remain uncomfortably high above $100. Gas prices continue to be above $4 a gallon nationwide for regular unleaded, which is beginning to weigh on consumer confidence and retail store visits. 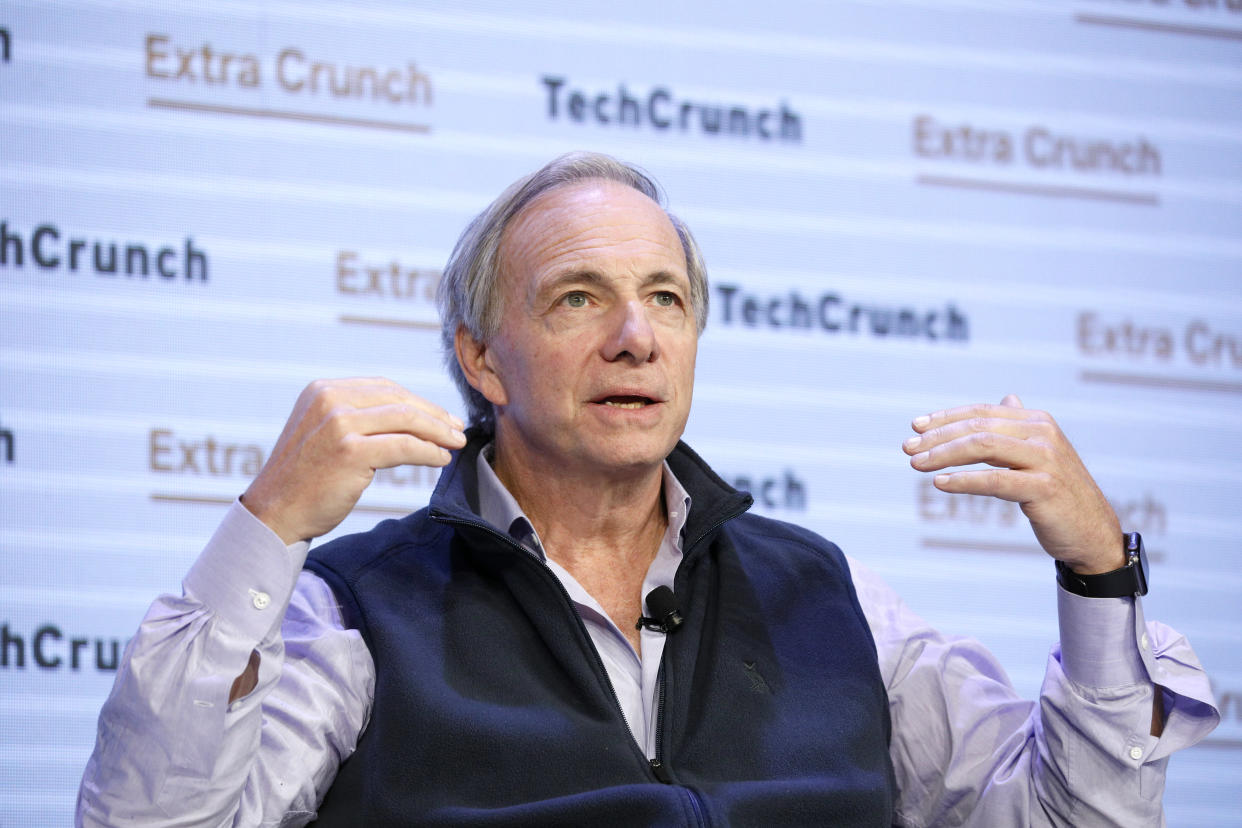 As prices have climbed throughout the economy, the Federal Reserve has begun to hike interest rates to cool things down. In turn, that has triggered a yield curve inversion and a groundswell of pros to express worry about a sharp economic slowdown this year that leads to the joblessness inherent in a stagflationary backdrop.

"We expect a more notable growth slowdown in 2023 and a rising unemployment rate, with elevated risk of a mild recession," warned Nomura economist Robert Dent.

As for Dalio — whose new post on YouTube titled "Principles for Dealing with the Changing World Order" is nearing an impressive 10 million views (perhaps underscoring the concerns many folks have about the global economy at this juncture) — he is unsure if the Fed will be able to pull off a successful economic soft landing.

Brian Sozzi is an editor-at-large and anchor at Yahoo Finance. Follow Sozzi on Twitter @BrianSozzi and on LinkedIn.