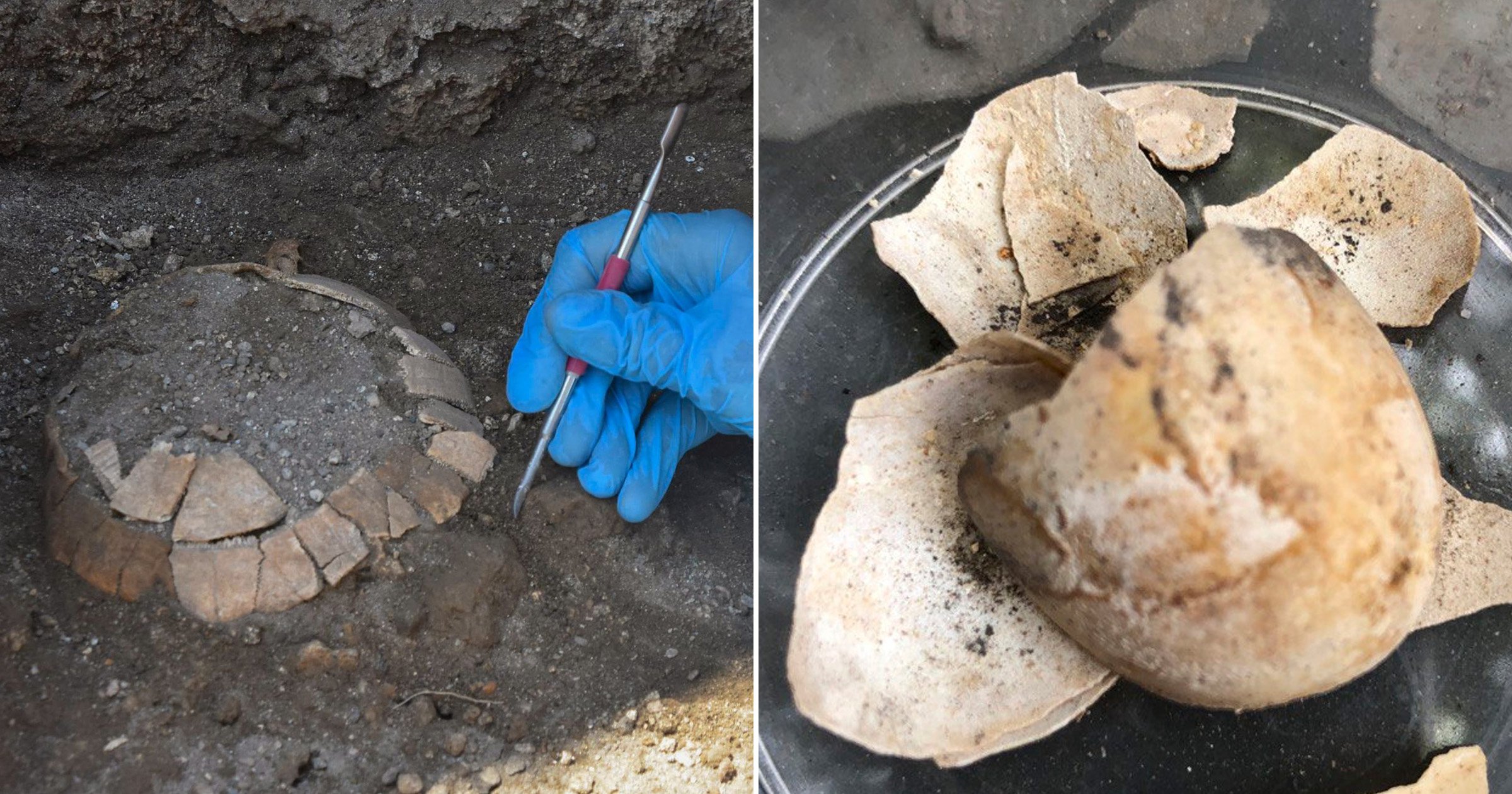 The discovery of a pregnant tortoise has revealed further insight into the fascinating history of Pompeii.

A huge earthquake destroyed parts of the city in 62AD, causing homes and other structures to collapse.

In one damaged house, a pregnant Hermann’s tortoise had taken refuge to lay an egg.

But Mount Vesuvius erupted before she was able to welcome her baby into the world.

Remains of the tortoise have now been found – 2,000 years later – by archaeologists carrying out excavation work in Pompeii.

They say the 14cm-long reptile and her egg were found covered in volcanic ash following the volcanic eruption in 79AD.

Experts say the tortoise, a species that is common in southern Europe, had sought refuge in the rubble of a home that was too badly damaged from the earlier earthquake to be rebuilt.

Pompeii’s director general Gabriel Zuchtriegel said the fact that she still had her egg suggested she died before finding a hospitable place to lay it.

He said: ‘This lets us reflect on Pompeii in this phase after the earthquake but before the eruption, when many homes were being rebuilt, the whole city was a construction site.

‘Evidently some spaces were so unused that wild animals could roam, enter and try to lay their eggs.’

The discovery of the tortoise contributes to ‘this mosaic of relations between culture and nature, community and environment that represents the history of ancient Pompeii’ he added.

Excavations in the Stabiane baths section of Pompeii are being carried out by the Free University of Berlin, the University of Napoli’s L’Orientale and Oxford University, alongside the Pompeii archaeological site.

This week’s find is not the first tortoise to be found in Pompeii.

Archaeologist Mark Robinson, who discovered the remains of one at a nearby site in 2002, said the reptiles may have wandered into the city from the countryside.

Alternatively, they may have been pet tortoises that escaped following the 62AD earthquake.

He told the BBC: ‘Pompeii was substantially wrecked and not everywhere could be rebuilt after the earthquake.

‘The flora and fauna from the surrounding countryside had moved into the town.’