The deal is reportedly being finalized with an announcement expected in the "near future." USA Basketball announced Minnesota Lynx general manager/head coach Cheryl Reeve to lead the women's national team earlier in the week.

Kerr, who was an assistant for the 2021 Tokyo Olympic squad that won gold, will have Phoenix Suns head coach Monty Williams, Miami Heat head coach Erik Spoelstra and Gonzaga men's head coach Mark Few among his staff, per the report.

USA Basketball is finalizing a decision to name Steve Kerr as the next national coach with an assistant coaching staff that will include Monty Williams, Erik Spoelstra and Mark Few, sources tell ESPN. A formal announcement is expected in the near future.

Popovich led Team USA to gold this past summer and was an assistant on the bronze-medal-winning team at the 2004 Athens Games. That group also won gold at the 2003 FIBA Americas Championship.

The cycle includes the men's World Cup and the 2024 Paris Olympics.

Steve Kerr on honor of taking over Team USA

Kerr's name has been atop the Team USA coaching conversation since the games in Tokyo. A report in late September named him as the favorite for the position, and he was promptly asked about it.

"It would be an honor, but we'll see what happens," Kerr told reporters. "I think just being on Pop's staff showed me what an incredible experience it is and what an honor it is to be part of Team USA. So of course I'd be interested, but we'll how it all plays out."

The former guard played 15 seasons in the league and won five championships as a player.

The coaching decision is the first of Grant Hill's tenure as managing director of the men's national team. It was approved in January and he took over the role after the Tokyo Olympics.

The 19-year NBA veteran, Hall of Famer and Olympic gold medalist, took over for Jerry Colangelo. Colangelo took over in 2005 when the team hadn't won a major international gold since 2000. The team was 97-4 underneath his purview and won Olympic gold in '08, '12 and '16. They were tops in six of eight FIBA or FIBA Americans tournaments.

Hill told Yahoo Sports the organization might have to "press the refresh button" as Colangelo had to do when he took over. The team is a constant juggling act of older and younger players going through each Olympic cycle. 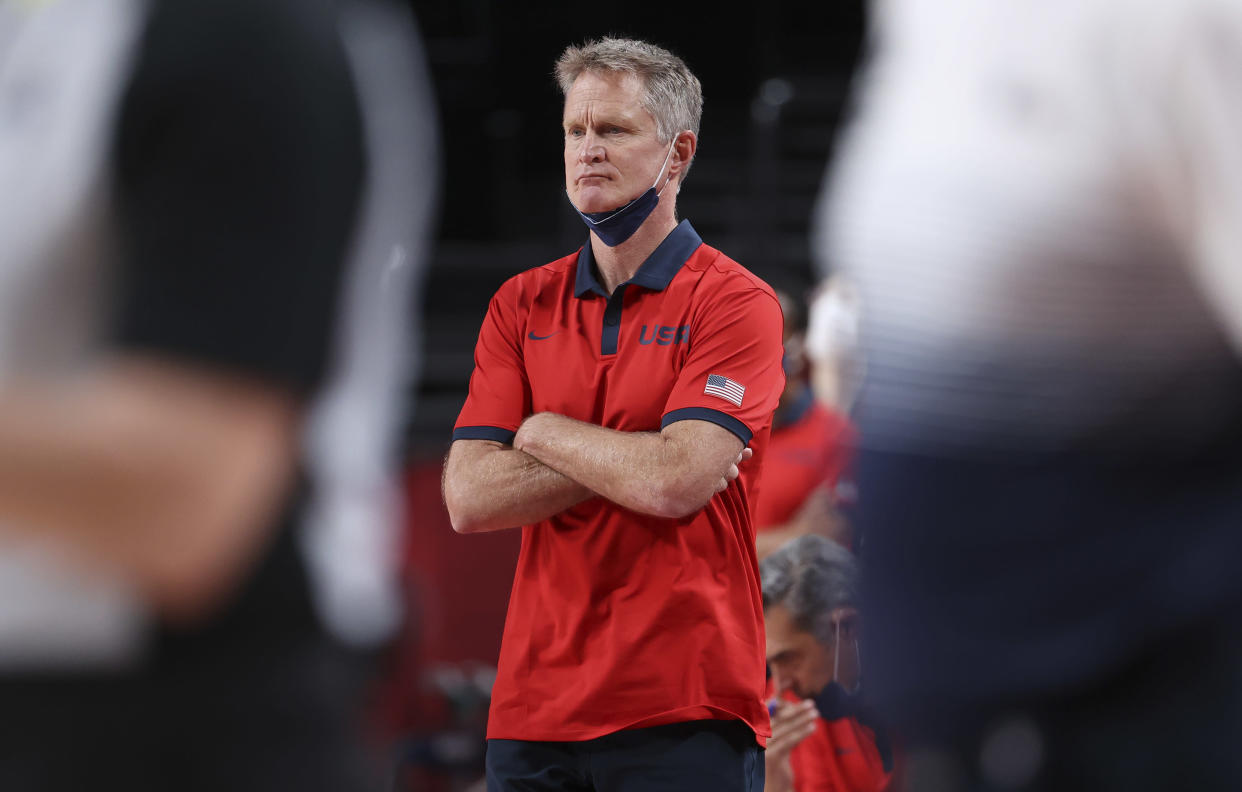