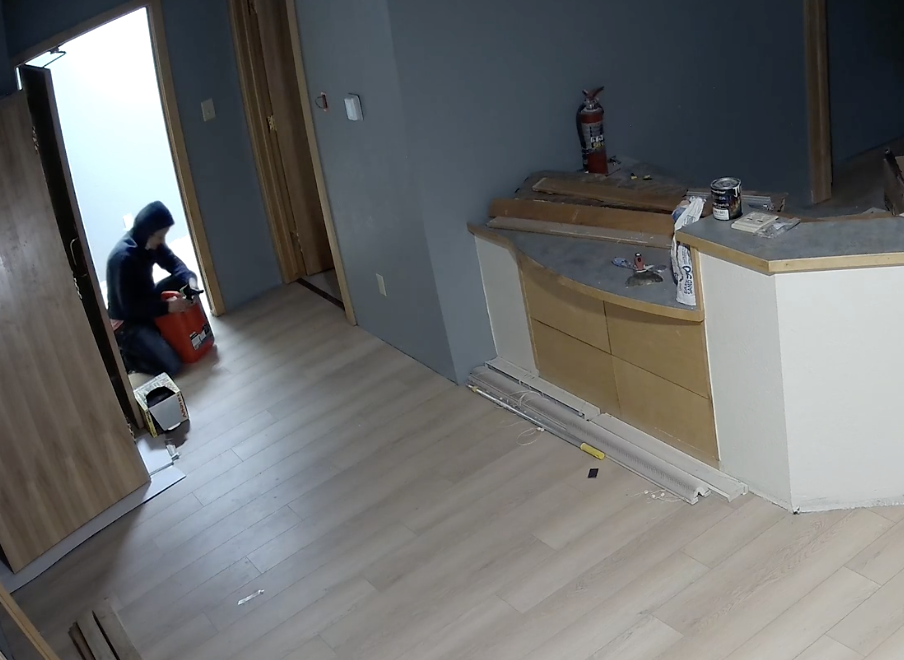 CHEYENNE, Wyo. (AP) — A masked woman in a hooded shirt set a fire at a planned abortion clinic in Wyoming, according to newly released police video, and federal authorities have offered a $5,000 reward for tips leading to her arrest.

The U.S. Bureau of Alcohol, Tobacco, Firearms and Explosives offered the reward Wednesday. The woman was shown in security video released by Casper police that was taken inside the Wellspring Health Access clinic in Casper just before it was burned May 25.

The 30-second video shows a person in a hooded shirt and mask carrying what appears to be a red fuel can through a room. The white woman is around 5 feet, 7 inches (170 centimeters) tall, with a medium build, and apparently acted alone, police said Tuesday in a Facebook post.

Early on the morning of the blaze, firefighters arrived to find a broken window and smoke coming out of a corner of the building. A person who called police said they’d heard glass breaking and seen a person leaving the area carrying a gas can and a black bag, according to police.

Investigators have said they found several areas of the building where accelerant was used.

‘We are undeterred in our mission’

The clinic was set to open in mid-June as the only facility of its kind in the state. The fire damaged a building that was being renovated and has delayed the clinic’s opening by about six months, organizers said in a statement Wednesday.

“Despite these setbacks, we are undeterred in our mission to give the people of Casper access to comprehensive reproductive health care, including abortion care,” clinic founder Julie Burkhart said in the statement.

The clinic building had been the site of regular anti-abortion protests.

Because of the fire, the clinic might not be able to provide abortions before an expected U.S. Supreme Court ruling that could overturn Roe v. Wade. Wyoming is among 13 states that would ban all or nearly all abortions if the court overturned the 1973 case that made abortion legal nationwide.

A draft of a Supreme Court ruling that was leaked in May would overturn the landmark case.

Under a bill signed into law in March by Gov. Mark Gordon, a Republican, Wyoming would prohibit most abortions should the Supreme Court overturn Roe v. Wade.

Exceptions would include cases of rape, incest or to protect the mother from death or serious medical harm not involving mental health.