Rolex robber who threatened woman in her 50s with an AXE as he stole her £25,000 Daytona model watch in terrifying Chelsea street attack then fled to Spain is jailed for 10 years

A robber who threatened a woman in her 50s with an axe as he stole her £25,000 watch in a terrifying street attack before fleeing to Spain has been jailed for 10 years.

Mark Toth was one of the Met’s 10 most wanted men after he went on the run following the raid in Chelsea in November 2019.

The victim was threatened by two men on a moped in Ashburnham Road who held the weapon against her neck, put her in a headlock and forced her to the ground.

Toth then tried to strangle the woman whilst she was on the pavement before removing her £25,000 Daytona model Rolex watch, as bystanders watched in horror.

Thankfully the victim did not suffer any serious physical injury. The stolen watch has still not been recovered. 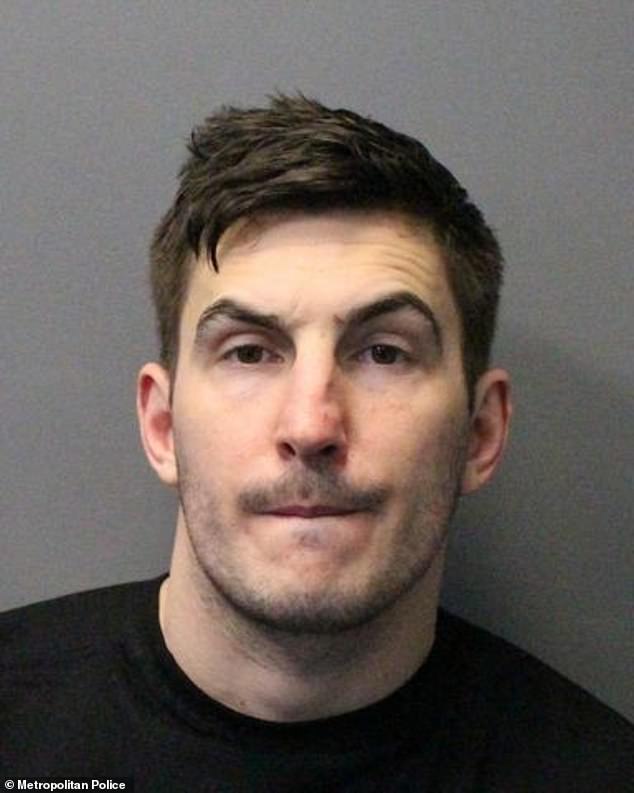 A third offender was arrested on the day of the robbery after attempting to move a car that officers knew was linked to the suspects, parked near to where the offence happened. His co-defendant was arrested eight days later.

Toth absconded after hearing of the arrests of the other two gang members, who were jailed in May 2020, before finally being tracked down in February this year.

He was busted in a hotel room on Hanger Lane, Ealing after he was spotted by officers in photos posted on social media when he returned to England for a funeral.

On arrest, Toth screamed ‘I’m unarmed’ and when police entered the hotel room with a swipe key, he tried and failed to break his phone in half before being put in handcuffs.

The victim, a woman in her 50s, was threatened by two men on a moped. An axe was held against her neck during the incident, and she was put in a headlock and forced to the ground.

Toth, of Shrewsbury Street, Kensington, was sentenced to a total of ten years’ imprisonment after pleading guilty to conspiracy to commit robbery and remaining unlawfully at large.

The 37-year-old was previously put behind bars for five years back in 2006 for his role in a carjacking gang, who used ‘gratuitous violence’ to overpower their victims and pocket an estimated £350,000.

A police chief at the heart of that probe admitted he was ‘disappointed for the feelings of the victims in relation to the light sentences that have been given by the judge’. 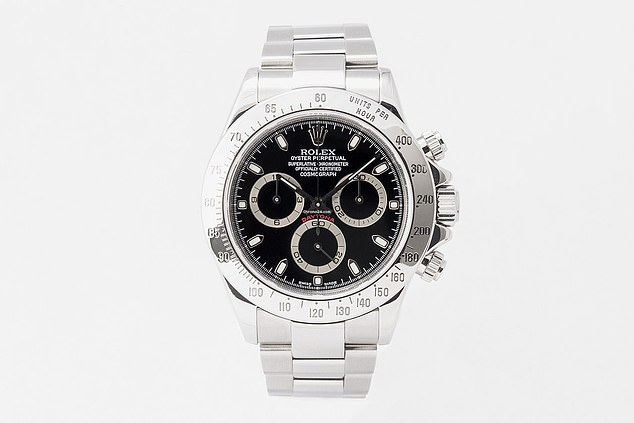 Toth tried to strangle the victim whilst she was on the pavement before removing her £25,000 Daytona model Rolex watch, whilst bystanders watched in horror

Speaking after Toth’s sentence yesterday, Detective Constable Peta Lundgren, who led the investigation, said: ‘This man has at last been jailed for this terrifying robbery.

‘The three suspects were quickly identified and two of them were arrested soon after the attack. However, Toth although identified, evaded police by going on the run and fleeing the country following the news of their arrests.

‘This sentence should serve as a warning to anyone concerned in serious criminality, we will investigate and will use every tool to find you and bring you to justice.

‘We would again like to thank the victim for her cooperation during the investigation, and acknowledge her courage and bravery.’