Cristiano Ronaldo’s sudden decision to move out of his luxury country mansion may have been caused by his realisation that fans could see directly into his….bedroom.

Since the returning Man United megastar moved into the wealthy Cheshire village just over a week ago, dozens of fans had been flocking to it hoping to catch a glimpse of him.

And by clambering over a gate into a nearby field, supporters were able to get a perfect view into the seven-bedroom mansion where he was living with stunning partner Georgina Rodgriguez, 27, including seeing into the master bedroom. 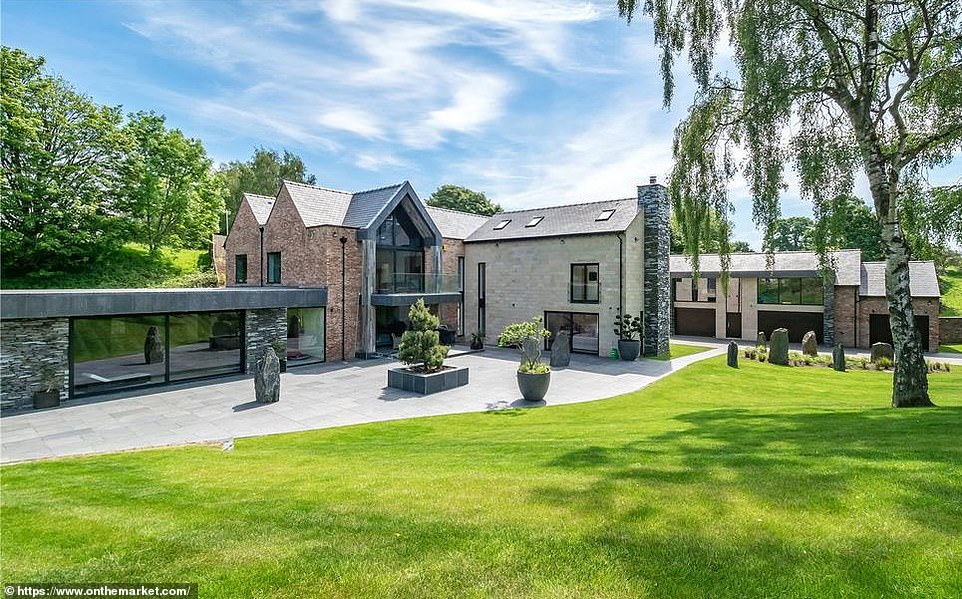 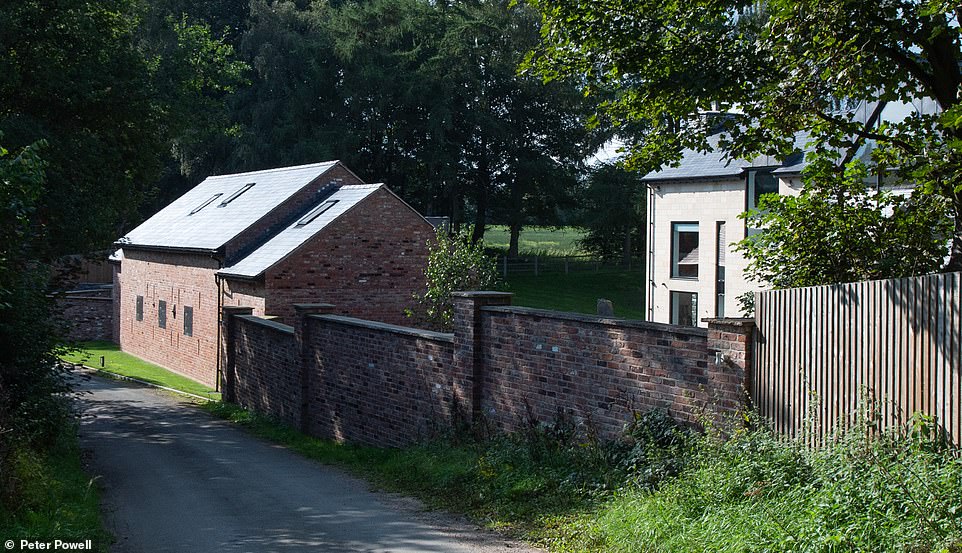 The mega star reportedly left because he was being kept awake by bleating sheep, although neighbours say he may have had privacy concerns because it is possible to look into one of the bedrooms from a public footpath running next to the property 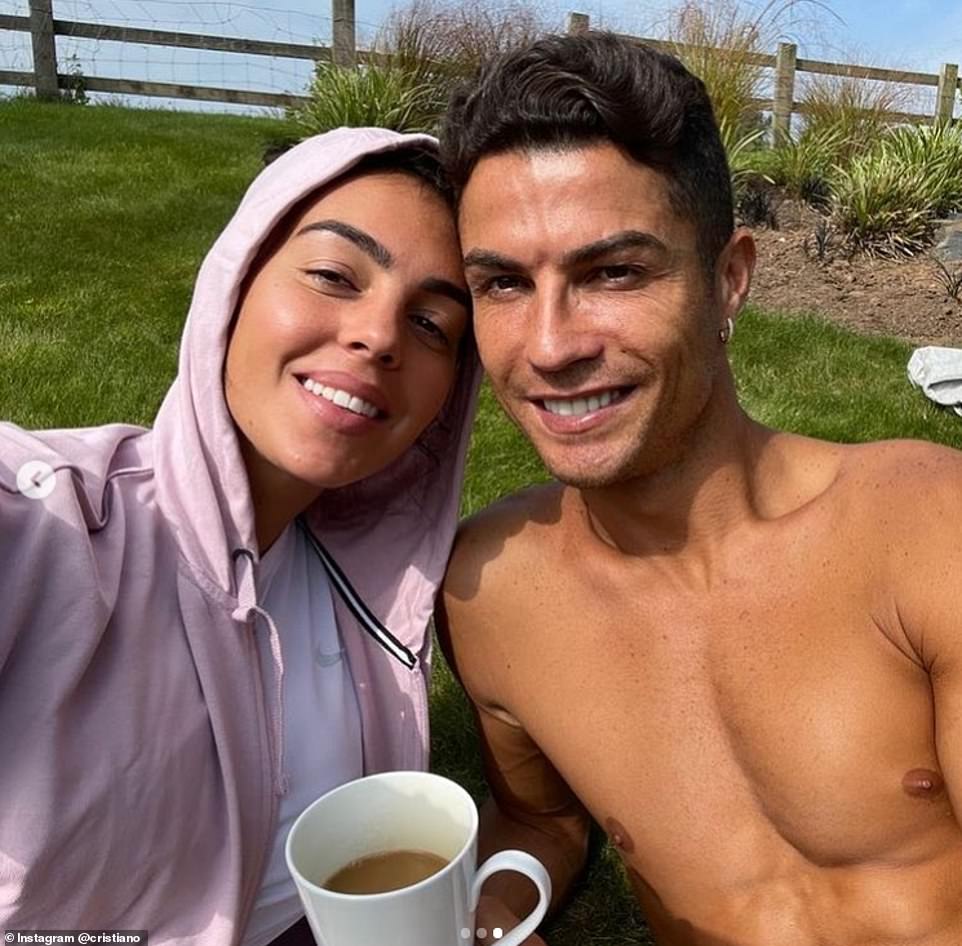 The star was reported to have moved partner Georgina Rodriguez, 27, (pictured together) and their four children from their first house after less than a week before finding the new place

Ronaldo is thought to have taken the decision to move out after such spying seeing fans outside – and realising that they would be able to watch if he were to perform as athletically with Georgina as he had when he scored twice on his debut at Old Trafford on Saturday.

The 36-year-old had already reportedly been unhappy about the noise from sheep bleating in a field close to his luxury home over the weekend and fans looking in was the last straw, it’s thought.

One local told us: ‘If you know where to go you can see right into the Ronaldo house even the bedroom. And fans had started to work it out. I think he would have seen them watching him.’ 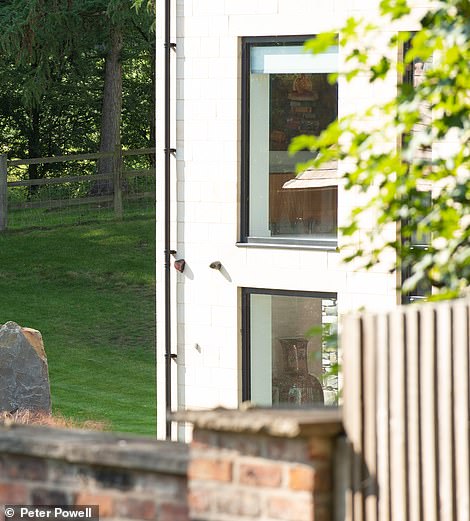 Resident and local artist Jessica Owen said the amount of traffic had increased markedly since Ronaldo moved there and many were fans who were hoping to see him.

She said: ‘The house is visible from the road. It’s in a dip and riders on horseback are so high up, they can see right into the bedrooms because the windows are so big.

‘I’ve also seen Manchester United fans getting out of cars and walking in the fields at the side of the house.

‘I think security might has been a worry too. Since he’s been here there has been a lot more traffic on the lane.

‘His staff would drive up and down, and also fans, who had worked out where he was living, would come to have a look.’

The problem over noise from sheep was however just a one off. It’s understood that a farmer had rounded up his flock of shearling ewes in a meadow close to the star’s seven-bedroom property to keep them safe when a charity horse-riding event took place. The move made them bleat louder and nearer the house.

A local source said: ‘There have been sheep grazing on that land for years. The owner rears shearlings which he then sells to breeders.

‘On Sunday because of the charity horse-riding event, he put the sheep in the field next to Ronaldo’s house to keep them out of the way. 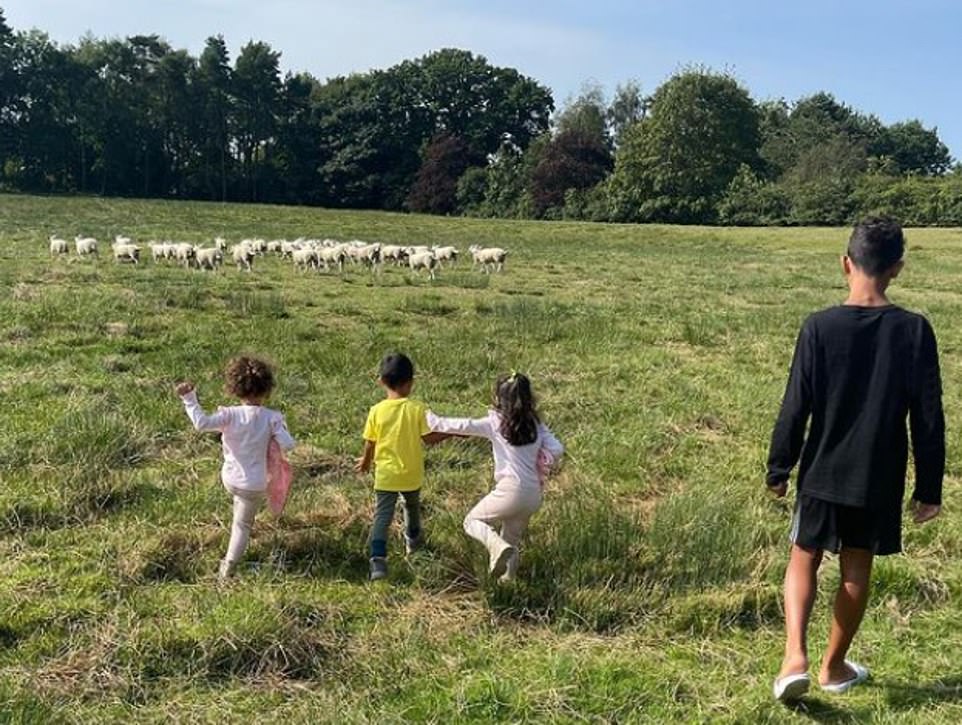 ‘When they move they can be a bit vocal but it’s nothing too noisy. A few of the ewes had had lambs so they might have been bleating for their mothers.

‘It was only for one day and then they were moved. That feed has been used to pen the sheep in for years so it’s nothing new.’

The resident added: ‘But what does he expect? He is living in the countryside.’

Another resident said: ‘I’m glad he’s gone. Before I knew it was Ronaldo, I thought a gangster had moved in.

‘All I kept seeing were men dressed in black driving around in big cars with blacked out windows.’

Ronaldo, partner Georgina Rodriguez, 27, and their four children moved out after less than a week. 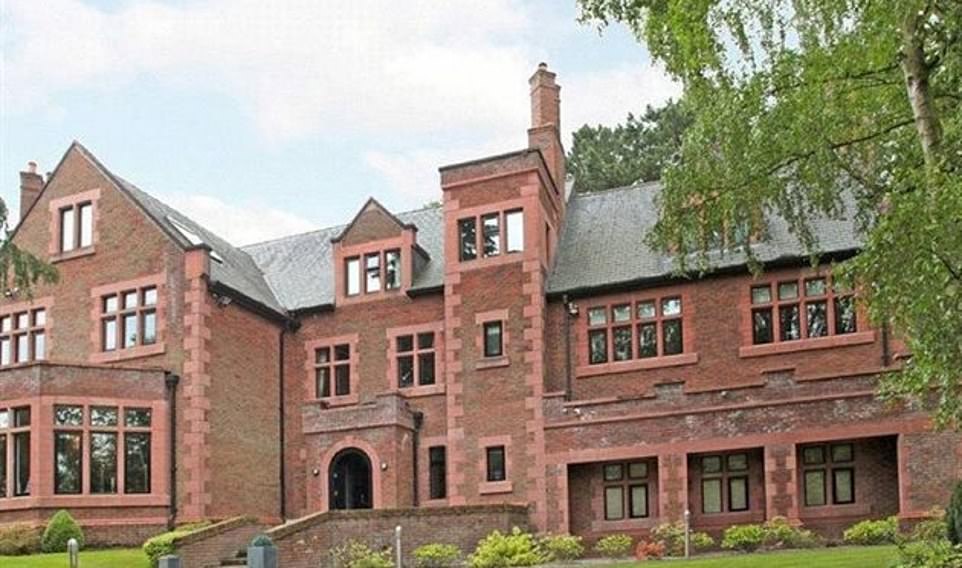 The new home, in Cheshire, boasts a pool, cinema room and four-car garage for some of his £17million supercars.

It has CCTV cameras, electric gates and is patrolled by guards.

According to estate agents, the property is unique thanks to its ‘gardens which screen the house from view’, despite it being a short walk from nightlife.