The United Nations, aid agencies and the EU said deliveries of food have been severely disrupted to towns and cities that have come under Russian bombardment in the seven-week war.

The situation is so bad in some besieged areas that people have collected water from puddles, drunk water from radiators and killed stray dogs to eat.

Others have been so hungry, or their children so desperate to eat, they have ventured out of underground shelters – against official advice – to search for food, only to be killed by enemy attacks.

He warned it would lead to ‘worsening food shortages for innocent Ukrainians’. 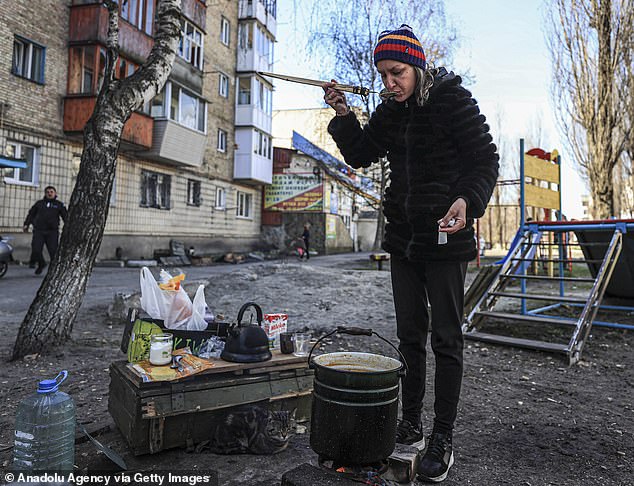 David Beasley, head of the UN World Food Programme, said people living in the south-eastern city of Mariupol were being ‘starved to death’ by Russia.

His staff have not been allowed access to conflict zones, including Mariupol and Mykolaiv, east of Odessa, which is under fierce attack. ‘It’s one thing when people are suffering from the devastation of war. It’s another thing when they’re being starved to death,’ he said.

It echoes the horrors of Ukraine’s great famine in 1932 when at least four million people died in Joseph Stalin’s ruthless enforcement of collective farming.

The Soviet dictator Stalin seized food supplies in what Ukraine calls the Holodomor, or ‘hunger extermination’.

Mr Beasley said that the war was ‘devastating the people in Ukraine’ and predicted that the humanitarian crisis would take a turn for the worse soon.

‘I don’t see any of that easing up. I just don’t see it happening right now,’ he added, criticising Russia for refusing to grant proper access to organisations trying to help those in need.

‘The next few weeks and few months could even get more complicated than it is now. In fact, it’s getting worse and worse,’ he said. 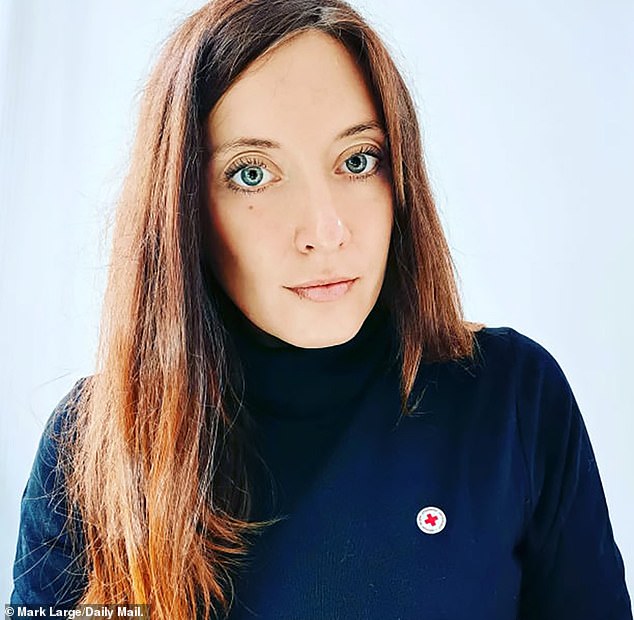 Olena Stokoz, Deputy Director General of the National Committee of the Red Cross Society of Ukraine

Preventing humanitarian access and aid deliveries is a war crime under the Geneva Convention, the international treaty governing armed conflict.

Olena Stokoz, deputy director general of the Ukrainian Red Cross, said that its aid convoys ‘continue to be blocked’ and ‘fired upon’ outside cities in the east and south.

‘People have run out of supplies of drinking water, food, medicine, and hygiene products,’ she warned.

Vladyslav Shelokov, a director of Caritas Ukraine, a Roman Catholic aid charity, said Russian attacks had also forced supermarkets to close because nothing was being delivered to them.

‘In some regions, large food warehouses have also been totally destroyed,’ he said.

‘It means there is a narrowing range in the choice of goods. We see half-empty shelves and stores closing down.’ 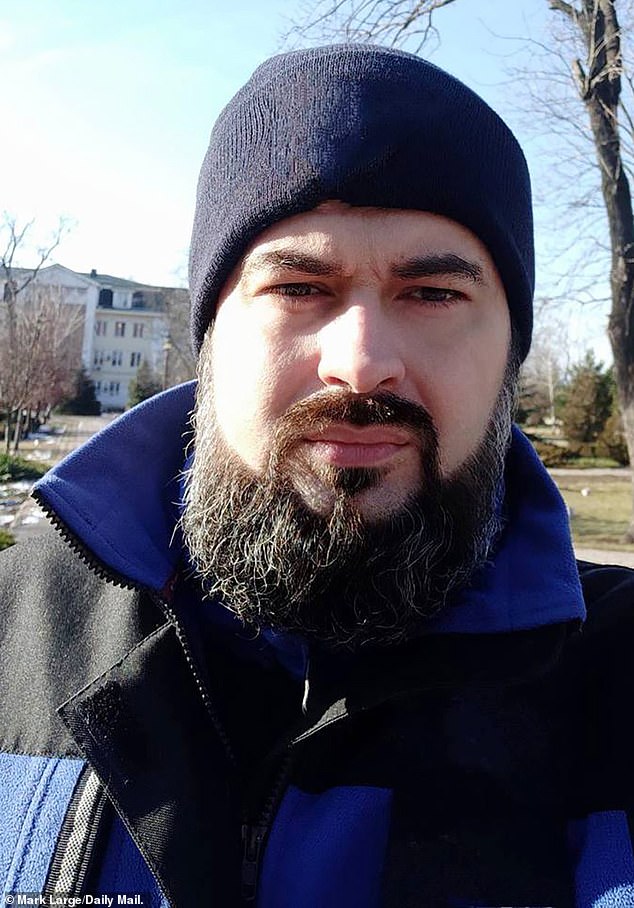 Boris Lomako, 34, who owns a restaurant in Kharkiv, is now delivering food parcels to people in need. He said Russia had destroyed ‘farms and infrastructure facilities’ in the north east.

Andriy Fedoriv, 20, a university student who managed to reach Lviv from Mariupol, said: ‘The Russian military broke into apartments and confiscated all the food supplies.’

George Ivanov, 37, an office support manager who fled Mariupol on March 14 as Russian troops shot at people trying to leave, said: ‘Everyone survived on what they could find.

‘People would collect rain or snow, so they had something to drink. The Russians claimed they were distributing humanitarian aid there.

‘But these were goods stolen from Ukrainian warehouses.’