A HELICOPTER crashed into the Pacific Ocean off the coast of San Diego on Tuesday, August 31, 2021.

The 64-foot aircraft had been operating on deck as part of "routine flight operations" when it crashed into the sea sometime around 4.30pm. 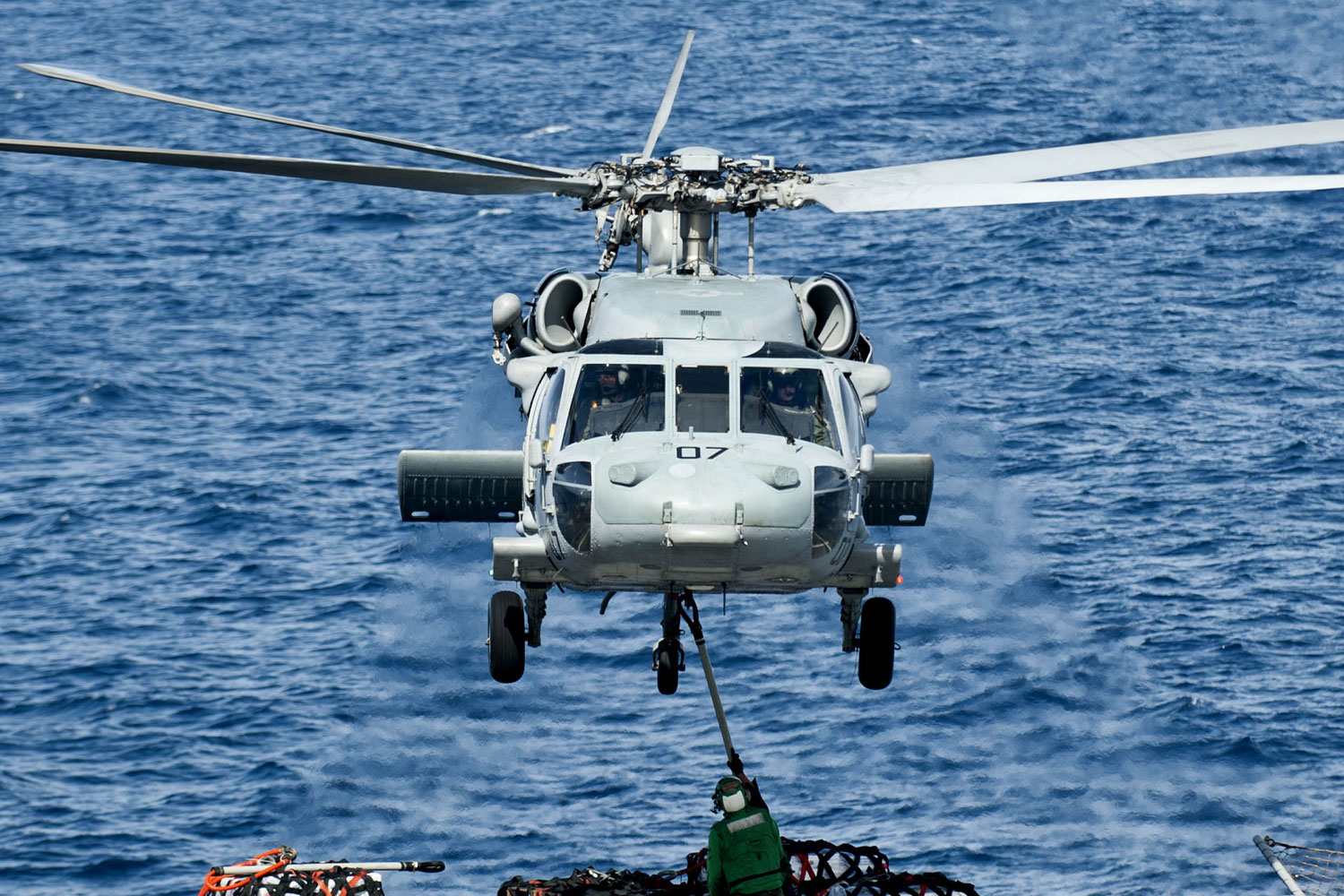 How many sailors are missing in the San Diego Navy helicopter crash?

Five Navy sailors are missing after the MH-60S helicopter crashed around 60 nautical miles from Southern California.

Five other sailors are injured and one was rescued late Tuesday and taken ashore in a stable condition.

An investigation into the cause of the incident is underway.

In the meantime, multiple Coast Guards as well as Navy "air and surface assets" are scouring the ocean in search of the five mission pilots and crew.

What did the US Navy say about the helicopter crash?

The Navy's US Pacific Fleet said in a tweeted statement that the helicopter had been aboard the USS Abraham Lincoln, which is "homeported" in San Diego.

The US Third Fleet spoke on the crash in a news release, saying: “The aircraft, from Helicopter Sea Combat Squadron (HSC) 8, was operating on deck before crashing into the sea.”

The MH-60S a versatile aircraft can transport a crew of four and is used in missions including combat support, humanitarian disaster relief, and search and rescue.

The crash came just days after Capt. Amy Bauernschmidt made history as the first woman to command the nuclear-powered flattop Abraham Lincoln.