Islamic school nursery worker wins £25,000 in pregnancy discrimination case after she was sacked and told she was ‘affecting future development’ of pupils by taking time off for morning sickness

An Islamic school nursery worker won nearly £25,000 in her pregnancy discrimination case after she was ousted from her job while battling debilitating morning sickness.

Zahra Faqi, a former Assunnah Primary School employee, was diagnosed with Hyperemesis Gravidarum – a condition that results in excessive nausea and vomiting during pregnancy – after being hospitalised in 2019.

After notifying her manager, Mohammed Yusuf, she was unable to work due to her condition, he blasted her for ‘affecting the future development’ of her pupils.

Mr Yusuf pressed to know if her ailment was a ‘long term issue’ and when she was ‘likely to improve,’ before terminating her employment. He also demanded she repay £109 she had been overpaid while off sick.

Ms Faqi’s tribunal hearing has since ruled her dismissal from her £14,800 a year job was a ‘blatant act of discrimination.’

Hyperemesis Gravidarum affects up to two per cent of women in the UK and is one of the most common reasons for hospitalisation during pregnancy, according to the NHS. Kate Middleton suffered from the condition with all three of her pregnancies and ended up in hospital while carrying Prince George. 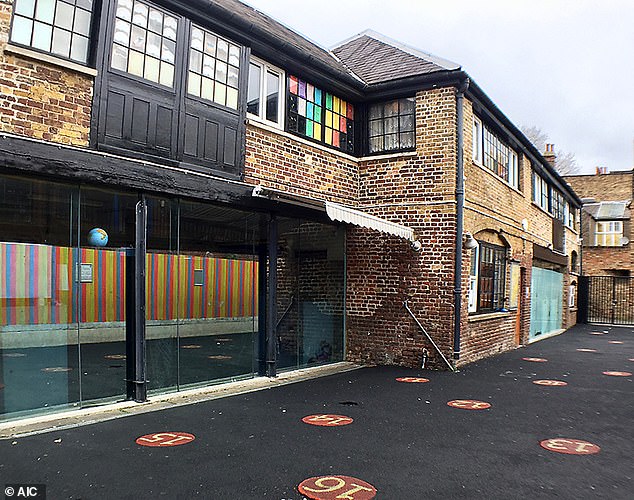 Zahra Faqi, a former nursery worker at Assunnah Primary School (pictured) in Tottenham, was awarded nearly £25,000 after a panel ruled her dismissal from her £14,800 a year job was a ‘blatant act of discrimination’

Ms Faqi began working as a ‘room leader’ in the nursery at Assunnah Primary School in Tottenham, north London, in September 2018, the remotely held hearing was told.

She became pregnant in February 2019 and was hospitalized the following month with hyperemesis gravidarum.

‘The Doctor’s opinion was that Ms Faqi was not fit for any work,’ the heating heard.

Ms Faqi was asked to come to the school in March 2016 for a meeting. She was instructed to bring her medical letter and notes with her.

She asked the Islamic school if she could bring a relative with her because of her condition.

The day before the meeting was due to take a place the school emailed Ms Faqi to tell her that her meeting had been rescheduled for the next day.

She arrived for the meeting at the scheduled time with her partner – who had taken time off work to accompany her – but no staff from the school turned up.

Ms Faqi emailed the school after the failed meeting and said: ‘Today my meeting was scheduled for 9am and nobody turned up.

‘I waited for 40 minutes and still nothing, I would have expected some professionalism and organisation just the way this is expected from members of staff.

‘My partner was very upset that he took time off work and our time was wasted.’

Having not had a response, Ms Faqi emailed the school again in April: ‘I still await a response. I’m not fit enough to attend the meeting alone. I still do not know what is going on? Nobody is informing me anything.

‘Will I receive my sick pay? Will I also receive maternity?’

Later in April, Ms Faqi – having been signed off sick – was asked by her team leader to complete ‘children’s summary reports’ for an upcoming parent-teacher consultation day, the tribunal heard.

The court also heard that Mr Yusuf emailed Ms Faqi to inform her that she had been overpaid because she had not been working.

He told Ms Faqi that she owed the school £109 which should be ‘paid to us ASAP,’ the tribunal heard. 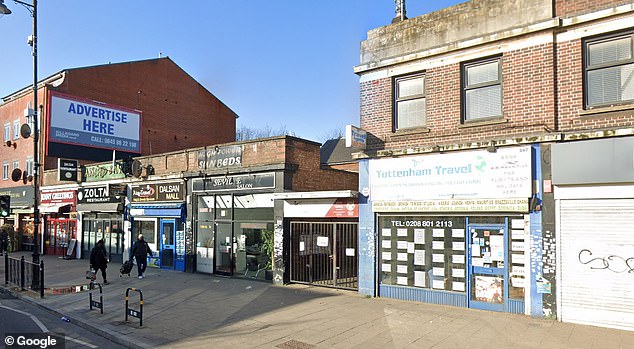 After notifying her manager, Mohammed Yusuf, she was unable to work due to her condition, he blasted Ms Faqi for ‘affecting the future development’ of her pupils. He also demanded information regarding her anticipated return to work and requested she repay the institution for the £109 she had been overpaid while off sick

Later that month, Ms Faqi received an email from school manager Mr Yusef which said: ‘We need to know the following: If you are likely to improve, and if so when? Are there likely to be further absences? Will the children’s development be affected? Is this a long term issue, or temporary?

‘The children and parents do have rights over us and we do need to ensure that these are not violated.’

Ms Faqi replied: ‘My doctor has still deemed me unfit for work. I am suffering from a pregnancy related illness.

‘I have been extremely stressed due to this, being told that I will be dismissed, being blamed and overall I feel this has not been dealt with professionally.’

Mr Yusuf emailed Ms Faqi later in April to formally dismiss her from her position – less than three months after she had found out she was pregnant.

The school manager said: ‘Looking at your performance in periods of probation, we would like to conclude that we cannot continue with your employment at the school.

‘I appreciate that you have ongoing medical issues, however the medical grounds have resulted in a compromise of you performing your role affecting the future development of our children.

‘We ask Allah to cure you and free you from all difficulties. We also ask that our children’s future can be sufficiently recovered.’

Mr Yusuf did not offer Ms Faqi a right of appeal against the decision to dismiss her, the hearing was told.

The panel – headed by Employment Judge Thomas Brown – concluded that the her dismissal was an act of unlawful pregnancy discrimination.

‘We have noted that (Ms Faqi) got better after the period of sickness absence that she had. We have taken into account that this was a blatant act of discrimination.

‘It was evident on the face of the email by which (she) was dismissed which drew the connection between (her) dismissal and her pregnancy related absence.’