A shop worker had to be rescued after his head was pinned between a wall and an escalator’s handrails in a mall in Indonesia.

The man, later identified only as Rizki, was reportedly joking around with his friend who was then on the first floor of the Mangga Dua Mall in Jakarta on December 23.

While going up on the escalator, the man allegedly leaned over the handrails to keep talking to his friend until he realised that his head had been wedged against the wall. 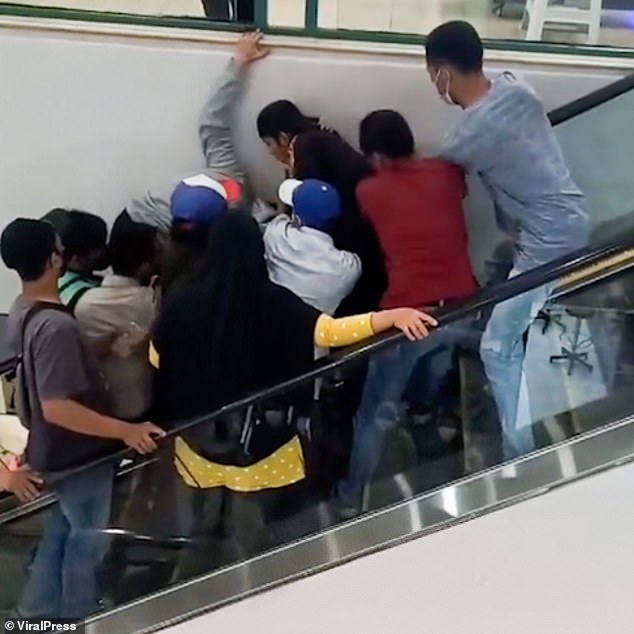 A group of people were seen rushing over to a shop worker who got his head stuck while on an escalator while in the Mangga Dua Mall in Jakarta, Indonesia, on December 23 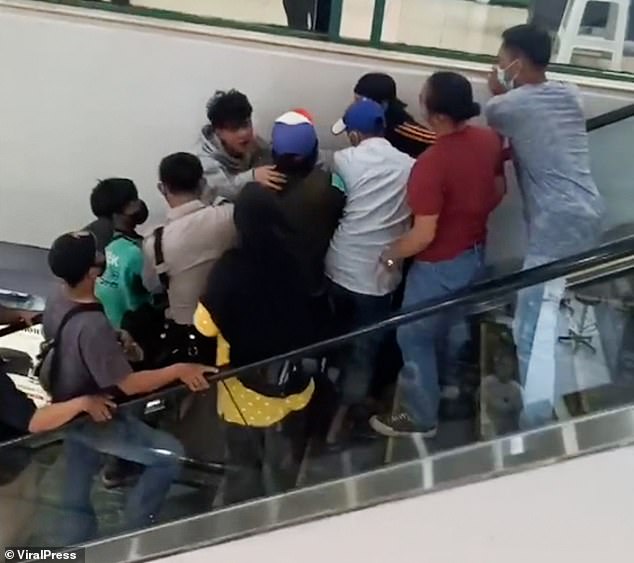 After a number of attempts by rescuers to drag the rail back, the man, later identified only as Rizki, was able to pull his head free

Footage shows Rizki clinging onto the handrails for dear life while mallgoers worked to free his head.

At one point, dozens of people are seen gathering around Rizki, trying to pull the rail back enough to allow him to free his head.

Eventually, the team of rescuers manage to pull the rail back far enough and Rizki is seen pulling his head back from the wall and standing up on the escalator.

The rescue took several minutes, after which he was taken to the clinic for medical treatment.

Mall official Jessica Melissa said: ‘The victim was an employee of a shop in the mall.

‘At the time, he was taking the escalator from the first floor to the second floor.

‘The victim looked down and his head passed the handle of the escalator until it was pinned against the wall.’

She added that a doctor had examined the man and found that he suffered minor injuries to the face and shoulders. 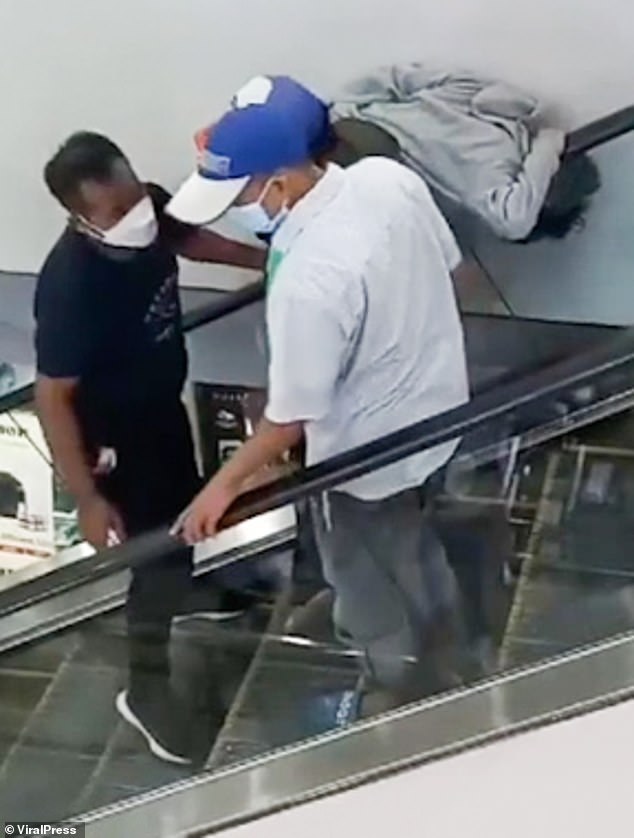 After confirming there were no serious injuries, he was allowed to go home, she added.

The incident prompted the mall manager to appeal to visitors to be more careful and obey the rules when riding the escalator.

Jessica said: ‘We have provided a warning sign on the escalator so that visitors are safe.

‘We hope that this rule is strictly followed.’